Righto! We knew it was coming, and now here it is, knocking down the door if we’re ready or not; Specialized are the first brand to unveil a bike using the new 27.5+ standard, only they’re not big fans of the 27.5 name, and so they’ve termed it 6fattie (geddit? 6fifty/fattie?).

Naming semantics aside, and before we all go into an internet meltdown as to whether or not we want/like/care about the arrival of another wheel standard, let us take a look at these new bikes, because they’re actually potentially very cool.

So what are these slightly chubby (but not technically ‘FAT’) bikes? The Fuse (men’s) and Ruze (women’s) hardtails take a conventional 650B wheel and shod it in some very big rubber – 3.0″ to be exact. The trend towards big tyres on wide rims is nothing new, but this is definitely a huge jump. 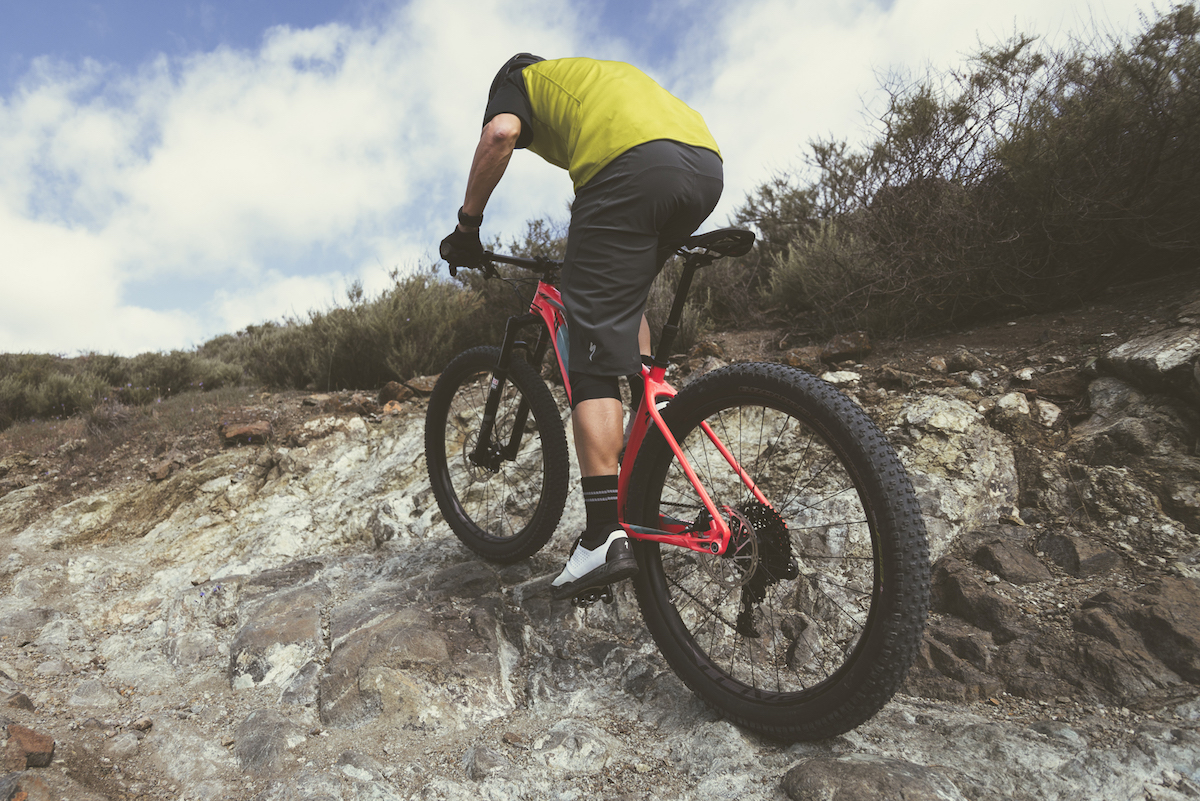 The idea, says Specialized, is to make a hardtail that’s fun to ride, by virtue of the fact it now has an absolute shedload of grip and floatation. According to Specialized, the 6fattie setup with its 3.0″ rubber gives a 69% larger contact patch and 56% more tyre volume, though we’re not sure what size tyre this is in comparison to. 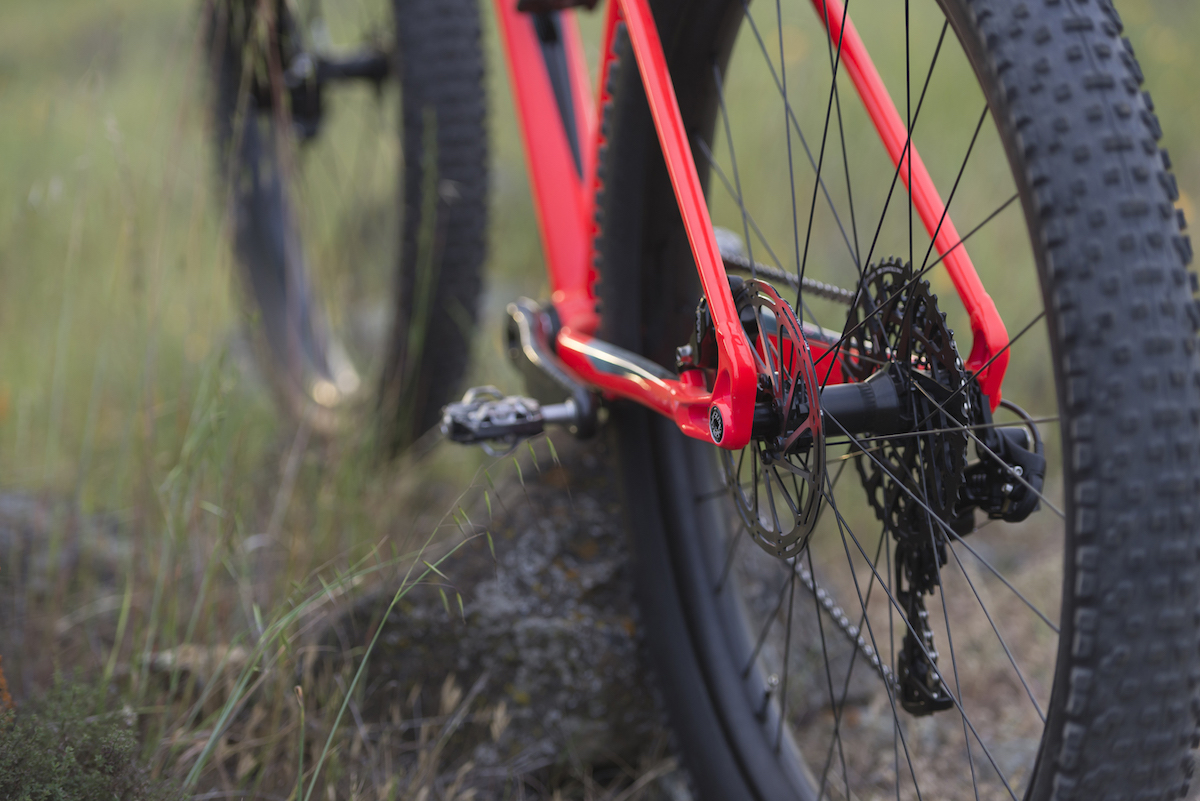 Fitting in such big tyres is obviously a massive engineering challenge, and so the Fuse and Ruze make full use of the new Boost standards with a 148mm rear hub spacing to make room for it all. What’s really impressive is that Specialized have managed to keep the chain stays to just 430mm with their new Diamond Stay design. While we haven’t ridden these bikes yet, we’d imagine that Specialized are well aware that keeping the handling as snappy and playful as possible is pretty important when you’re also dealing with the inertia of bigger rubber. 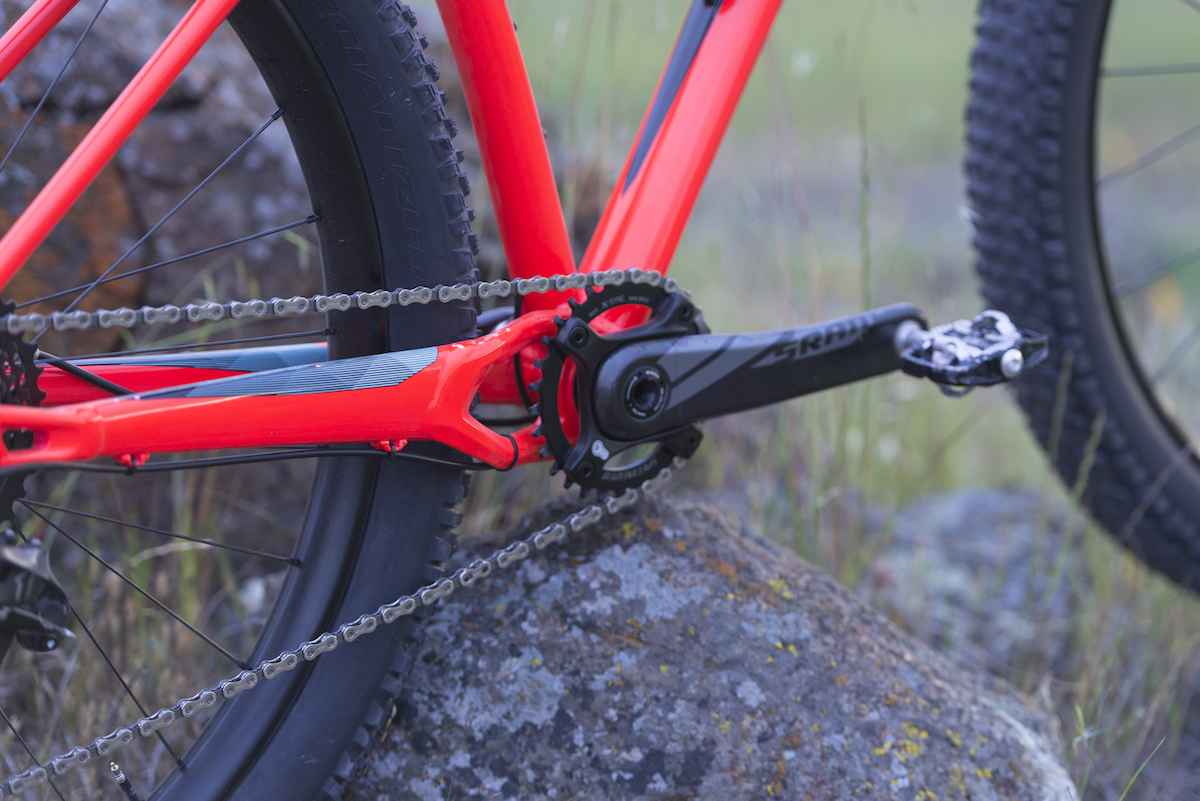 Both the Fuse and Ruze are going to be available at three spec levels – Comp, Expert and Pro – with pricing info yet to be confirmed. We’ll update this post as soon as it comes to hand.

Whether you instinctively love it or loathe it, we’re going to wait until we actually ride one of these bikes before we form our opinions. The other obvious question this all raises is, will there be a full suspension 6fattie bike too?

Specialized’s other big news is the highly anticipated release of a 650B version of the excellent women’s Rumor platform. We tested this bike in its 29er format last year, and we think a 650B version will have a lot of appeal for both smaller riders and those looking for a more lively ride. 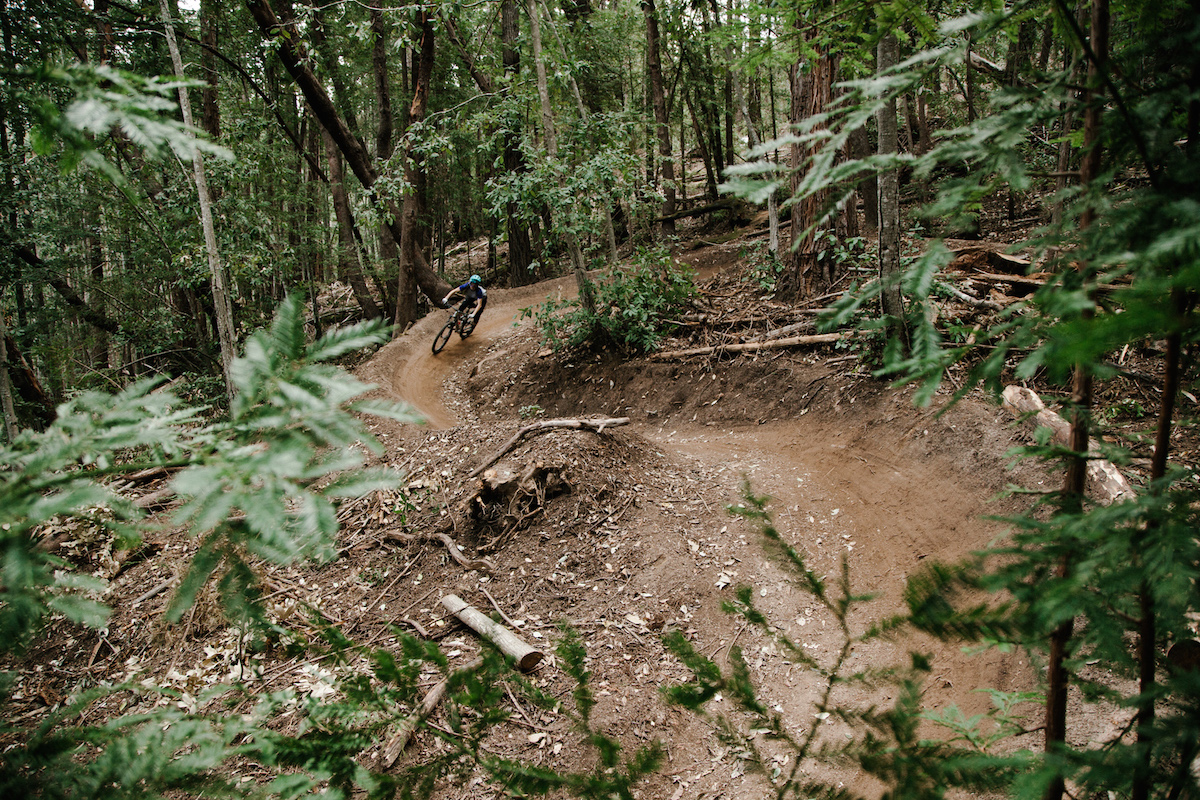 The 29er format isn’t being replaced – it’ll continue to exist alongside the new 650B version. Wheel size aside, the 650B gets slightly longer travel, with 130mm front and 125mm rear, versus the 120/110mm found on the 29er. Choice is always a good thing, especially when it comes to women’s bikes, where the variety of options is often really lacking.

The Rumor 650B is also available in three spec levels. There’s the plain old Rumor, which runs a mix of X-Fusion and basic RockShox suspension, with a Deore drivetrain and Tektro brakes. Then there’s the Comp, with a FOX/RockShox Revelation combo and SRAM 2×10 drivetrain. Top billing goes to the Rumor Expert which is a truly primo offering, with FOX out back, a Pike up front, SRAM X01 and Shimano XT stoppers. Nice!