Derby's Kumma Gutza trail has been named the International Trail of the year by the Enduro World Series.

Overnight at the Enduro World Series, Gala awards night in Finale Ligure (Italy) the Worlds best riders and industry representatives voted on the best trail in the 2019 Enduro World Series.  Out of 9 events, Stage one from the Shimano Enduro Tasmania has been crowned the winner.  This is the second time that Derby has been awarded this crown.

For the 2019 Shimano Enduro Tasmania, Kumma Gutza was utilised as a stand-alone stage one on the Saturday Afternoon.  It was also given, new for 2019, Queen Stage status.  Winner of the Queen Stage would receive an additional 40 points towards the overall season tally.

The single-stage on Saturday saw spectator numbers swelling to all sections of the track, with a huge crowd gathering at the Vertigo MTB Heckle Zone, featuring DJ Clint, Little Rivers Brewing and some of the most spectacular racing seen at Derby thanks to a brief shower creating some slick trail conditions.

The stage was won by Isabeau Courdurier (Fra) and Connor Fearon (Aust), (after Martin Maes was suspended). Local riders Rowena Fry placed third on the stage, while Fenella Harris won the U/21 category and Miles Smith winning U/21 in EWS 100 category.

Race Director, Ian Harwood from Event Management Solutions Australia (who was also nominated for the Spirit of Enduro award), told the international media before they rode the trail that it would win this award back in March.  By the end of the ride, they agreed.

The Enduro World Series will return to Derby on November 16/17 for a round of the Asia Pacific Continental Series.

Rhys is quietly spoken and understates his abilities, letting his riding and trail building prowess talk for him.  Trail building supremo Rhys Atkinson has built many of the celebrated trails in Blue Derby with the help of the World Trail crews. Kumma-Gutza is Rhys’ tribute to his favourite style of trail, an amazing mix of natural features such as granite boulders and slab, with wide off-camber sections allowing for multiple line choice at high speed, it’s a racers trail.

Rhys has been a member of the World Trail team for many years and is currently living in St Helens with his young family as an expansion of the Mountain Biking offerings in the North East continue to grow. 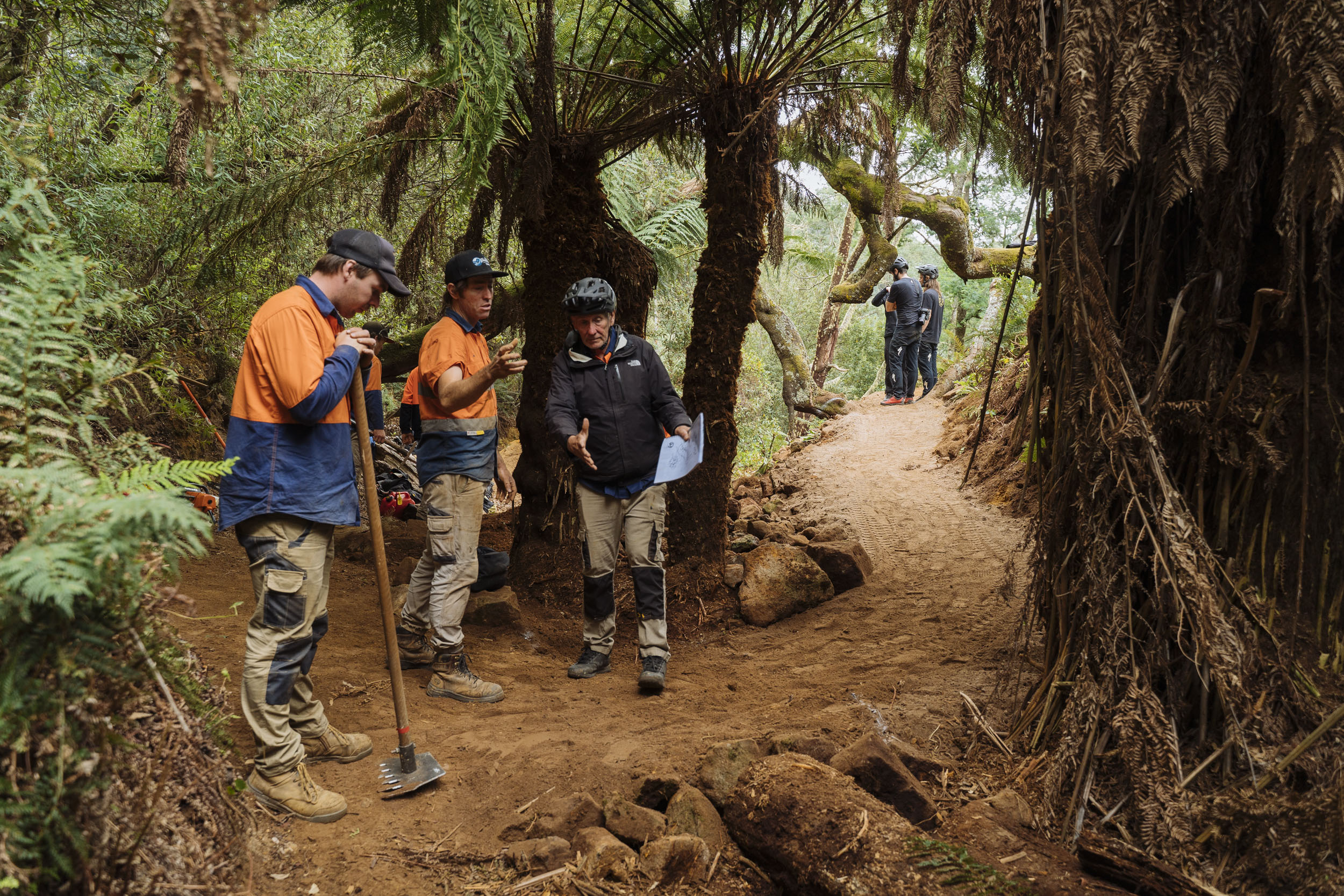 What is Trail Of the Year?

In 2016 the Enduro World Series joined forces with Specialized to create a unique trail partnership.

It’s not rocket science to suggest that without trail builders, the Enduro World Series couldn’t exist, but they often remain the unsung heroes of the sport. Specialized shares this view, and so it was natural that the EWS partnered with Soil Searching, their international trial advocacy programme.

Over the last few years, Soil Searching has travelled the world telling the story of the people behind the scenes who are out there building the trails we all love to ride. In conjunction with the EWS, Soil Searching launched the Specialized Trail of the Year Award.

Designed to recognise and celebrate the work of trail builders, the award is voted on by riders, team managers and the media who have been at every EWS round that season. All the nominated trails receive a customised Trail Boss tool, but as the builders of the winning trail, World Trail will also be gifted £2000 to donate to a trail association or charity of their choice.

Soil Searching also put together several Dig Days at various rounds of the EWS, where everyone is welcome to come along and help do some trail maintenance, alongside the Specialized pros. In 2019, A Dig Days followed on from race weekend, with racers and industry partners contributing to trail work in the Derby network.