Rob Warner: “Is there a detective at the finish line, because Brosnan just murdered that course”

Troy Brosnan’s maiden world cup win, at possibly the toughest world cup course on the circuit, Fort William, has been a long time in the making. Two times junior world champion, and a protégé on team Specialized with some of the greatest riders of all time, such as Sam Hill and Aaron Gwin, Brosnan has always been surrounded by the fastest riders on the planet. The 2014 World Cup season has finally seen Troy get up to speed with his superhuman teammates, with top ten results in the first three world cups of the season so far.

Flow: You’ve been the last one up the top of the hill with the fastest qualifier in Australia before, but how was it at a World Cup? Spooky, scary, or were you totally in the zone?

Troy: I Felt Normal. I just tried to treat it like a national round and I knew that’s where my riding should be so I wasn’t spooked.

Flow: How did travelling to the BDS round earlier help your World Cup preparation?

Flow: What’s the best thing about having team manager Eric Carter around to help?

Troy: Being an ex-racer he’s really helpful when trying to find lines. He also knows what we need as racers and when to give us some space.

Troy: Aaron is very helpful with racing and finding good lines. We do a lot of runs together to help each other go faster and at the end of the day what separates us in the race is who wants it more.

Flow: Could you see the green time update on the finish banner when you dropped into the arena? How was that?

Troy: Yes! Over the last jump I did see a glimpse of green and my eyes lit up. I wasn’t sure who was in the hot seat so I just hoped I could outsprint them to the line!

Flow: First time racing a 650B downhill bike? What made you decide to try it at Fort William?

Flow: Where do you think you won the race? On the power sections, or rougher parts of the track?

Troy: I feel it was the whole track, I just really felt the flow hitting all my lines and was riding super smooth. Despite saying that, I did have a really good sprint at the bottom!

Flow: After qualifying first, how confident were you of winning the final?

Troy: It gave me a lot of confidence going into the final, I knew that I could do it but anything can happen in a race run. I just did my best and pedalled everywhere and it paid off! 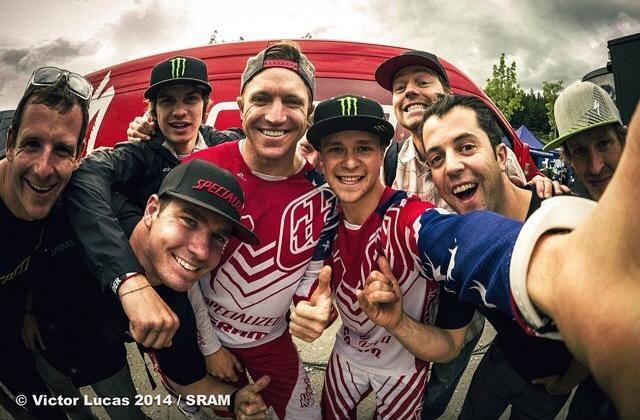 Troy trains as hard as anyone, and watching his run at Fort William this becomes plain to see. Some riders look clean, effortless almost as they clear gaps and track straight through the craziest of rock gardens. Troy Brosnan is one of these riders, but not through anything other than sheer hard work and determination. We see this at a few points through his run: 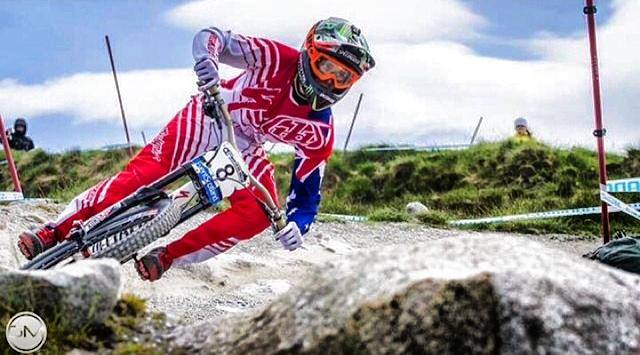 With the Leogang World Cup taking place this week in Austria, what can Troy pull out? Having mixed results there in the past- a crash in 2012 and eighth place there last year, it’s hard to tell, but his confidence will be right up there following his Fort William victory. As it’s another technical and physical track, Troy’s excellent conditioning and technical ability should favour him!

At home with Troy Brosnan, back in early 2013 when recovering from the Leogang World Champs crash.