Australia put a stamp on downhill qualifying today with 15 riders making it through to the finals on Sunday at the UCI MTB World Championships in Lenzerheide, Switzerland.

In the elite’s it was Connor Fearon (3rd) and Tracey Hannah (3rd) who were the fastest Australian qualifiers.

Danielle Beecroft (8th) and Tegan Molloy (21st) will join Hannah in Sunday’s elite women’s race, while Sally Potter (10th) will be the sole representative in the junior women after Ellie Smith did not start after sustaining a head knock in practice.

Patrick Butler (2nd) and Kye A’Hern (3rd) showed they would be fighting it out for a podium in the junior men while Matt Carter (14th), Cooper Downey (17th) along with Jacob Fraunfelder (33rd) also made it to the big show.

With the downhill done for the day, attention turned to the cross-country course with the Under 23’s hitting the track.

With nearly 100 riders lining up it was a tough ask for the six Australian boys to force their way through the pack on the tight singletrack. 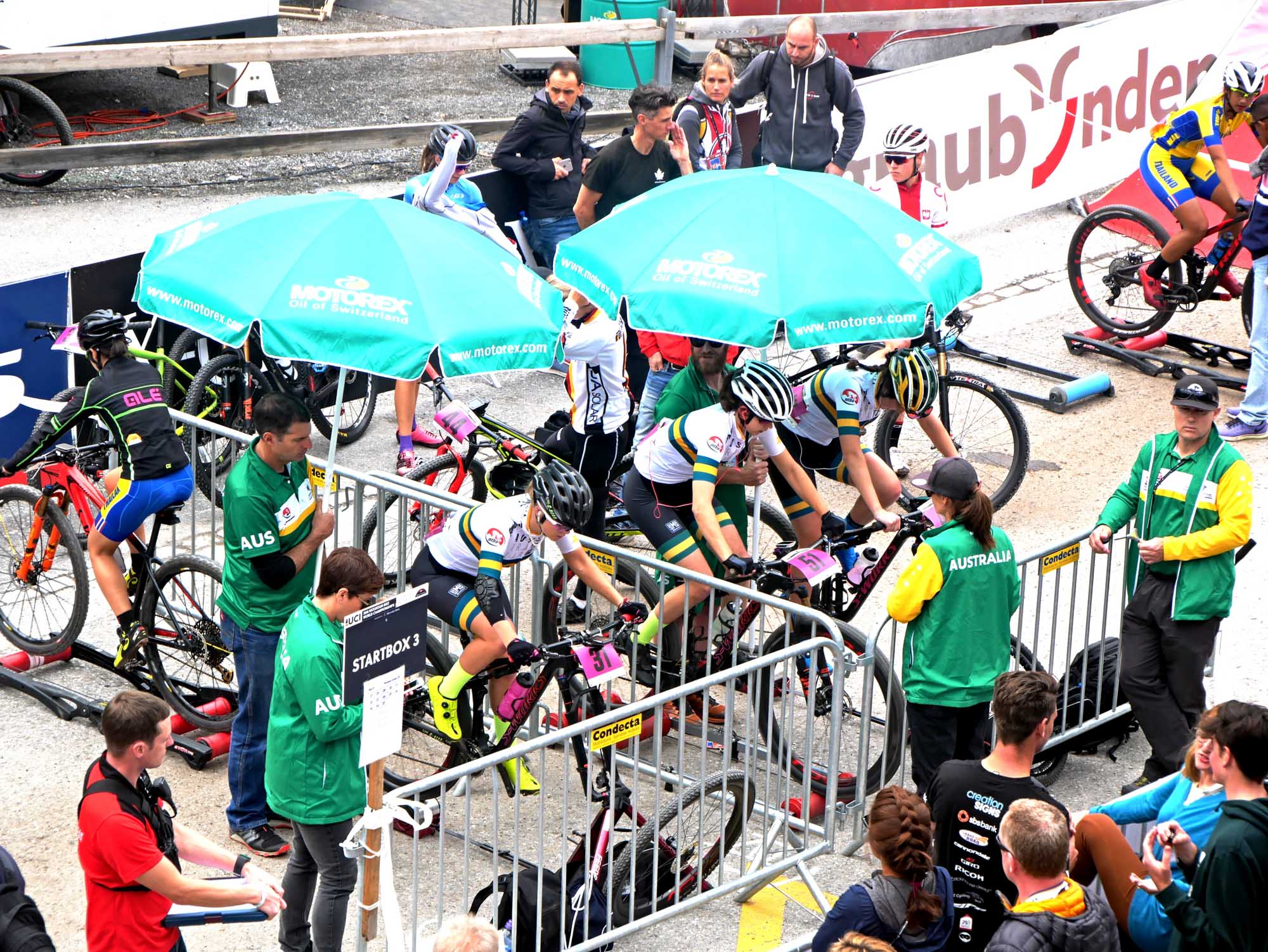 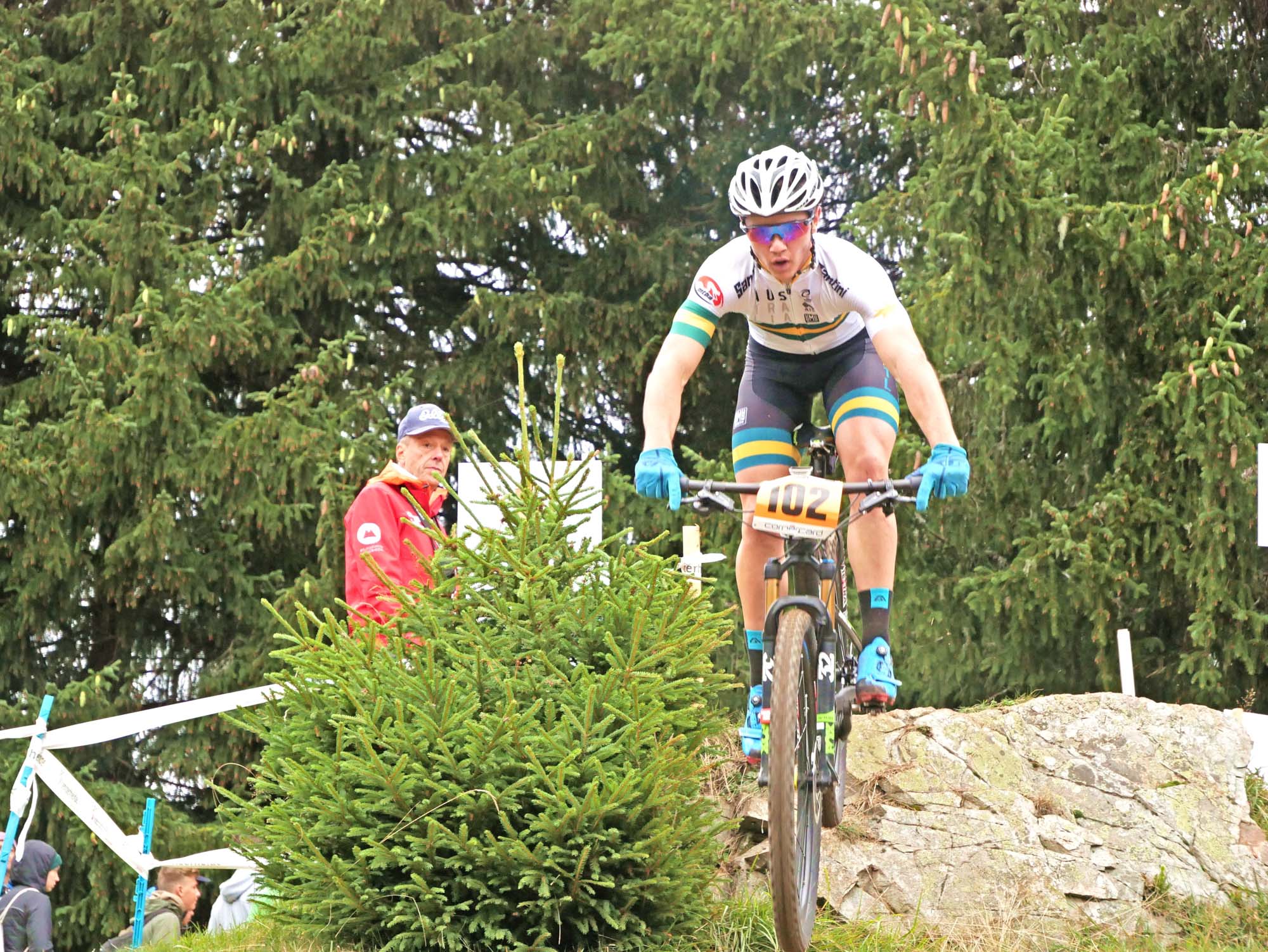 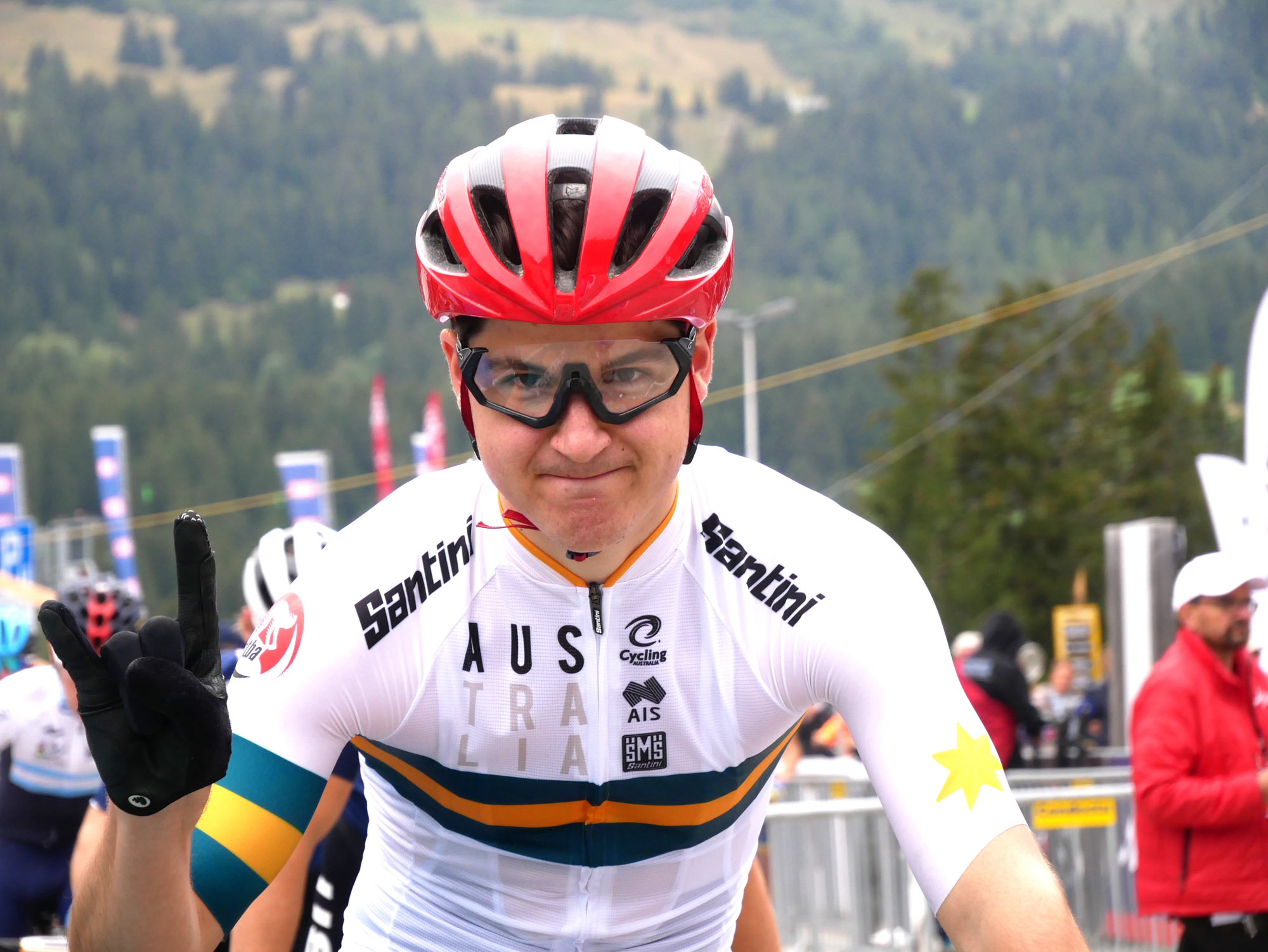 Megan Williams (41st), Sarah Tucknott (48th) and Charlotte Culver had five laps to negotiate in the Under 23 women as Switzerland continued their gold rush.