Sunday's downhill was an eventful day for the 20000 spectators and the Australian team gave it everything on the steep slopes of Lenzerheide. 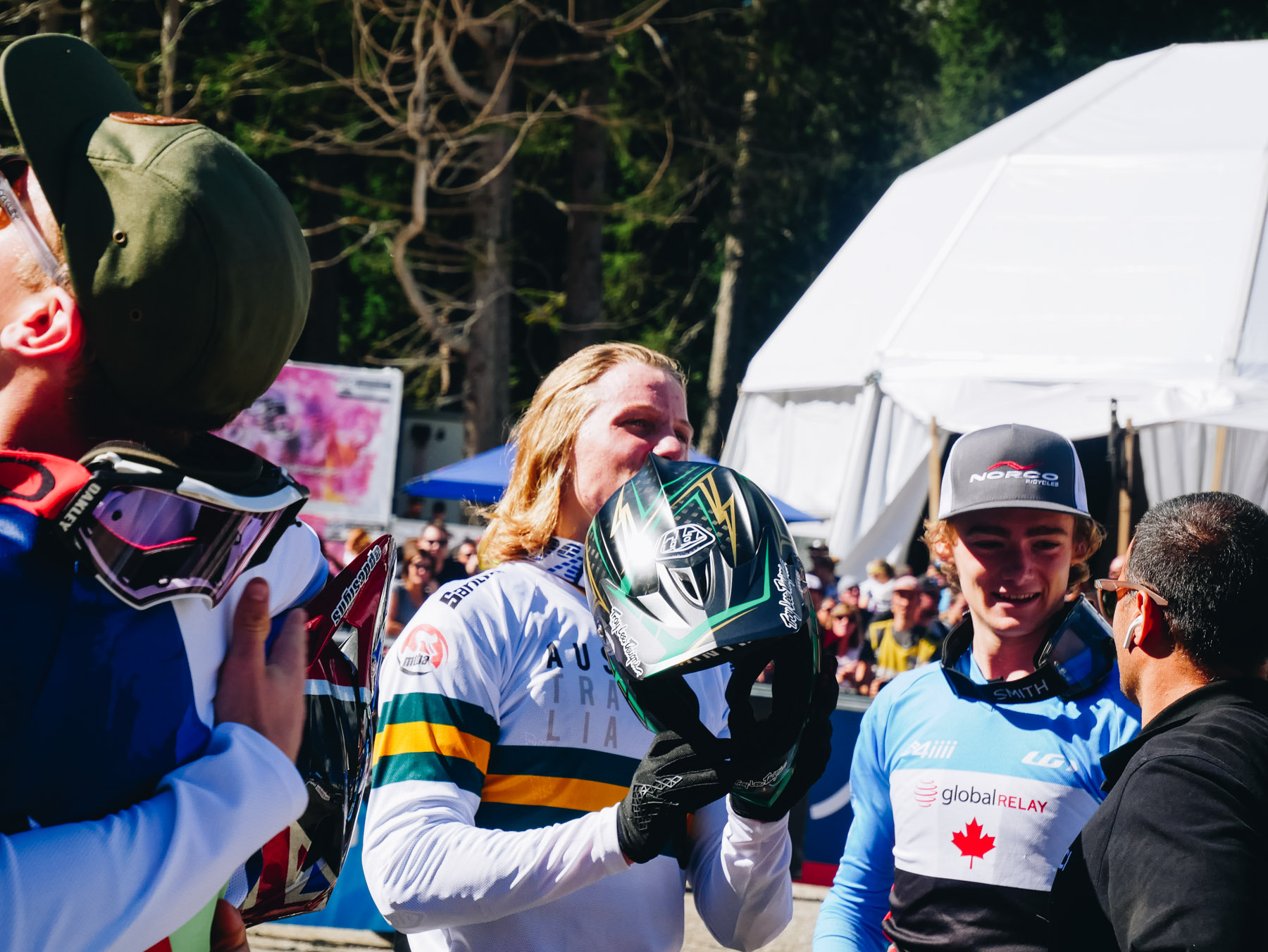 Kye A’Hern (AUS) ensured the Australian team would walk away from the 2018 UCI MTB World Championships with a silver lining after finishing second in the junior men downhill on Sunday at Lenzerheide, Switzerland.

More than 20,000 spectators flooded through the gates on the final day to bring the total number of fans attending the event to 65,000.

Butler was on a killer run before costly errors saw him eventually finish in 44th.

While Matt Carter (11th) again backed up his top 10 finish from last year with an impressive performance at his second world championship.

Cooper Downey (32nd) and Jacob Fraunfelder (DSQ) were the other Australians in the 57 man field.

While in the elite women Tracey Hannah (4th) was unable to put down the run to see her make the podium as the British juggernaut of Rachel Atherton, Tahnee Seagrave and Myriam Nicole (FRA) took the podium places.

Tegan Molloy (22nd) and Danielle Beecroft (24th) the other Aussies to make it through.

While Sally Potter (12th) was the only Australian to race the finals in junior women.