With a record field of riders, three gravity tracks, five hours, one bike and fickle mountain weather, the scene was set for a big day on the mountain at the second Thredbo Super Enduro and what a showdown it was.

Around 300 riders raced Thredbo’s three gravity trails – the Cannonball Downhill, Kosciuszko Flow Trail and the All-Mountain Trail.  The field was a great mix of women and men, amateurs, pro’s, young pinners and master riders and with over $20,000 in the prize pool, every second mattered.  The best times from each track were tallied to crown the winner.

With practice sessions dry, loose and dusty, come race day the tracks were wet, soggy and slick after rain soaked the mountain overnight. This called for a change in the game plan with riders having a re-think on the bike, tyre choice and run order.

The morning showers cleared by lunchtime and the sun even popped out, drying the track making for exciting afternoon laps.

“The last couple of hours were hectic as things started drying out and times were dropping dramatically. You could lay down a good time in the morning but that didn’t matter as things got so much better by the afternoon but you didn’t know what the weather was going to do, it was pretty tricky” said pro men’s winner Jared Graves.

Pro’s men’s podium placer Josh Carlson remarked: “The weather panned out well, it was crazy in the morning but by the afternoon the dirt was absolutely perfect.”

“I just love this format of racing, as it’s just not the one run that counts, there’s no pressure in thinking you have to pull it together in just one run, you can try things and push yourself all day long,” said Graves.

The All-Mountain Trail tested the more downhill focused riders, the 7.5km course, with a 450 vertical descent is one of the longest enduro race tracks in the country, so solid slabs of time were won and lost here.  Proving the long run is a favourite for EWS champion Richie Rude, he set the fastest time of the day for the All-Mountain winning by 8 seconds to Jared Graves.

“It is so good to be in Australia again before the EWS, great to get some good riding under my belt before the season starts. I love the idea of the Super Enduro, it’s chilled but hard. I’m pretty spent after doing nine laps as each one you just keep going harder and harder” said Richie Rude.

Late afternoon uninterrupted laps saw riders sneak seconds of all important time with only one rider Tim Eaton riding sub five minutes on the downhill course.  The Flow Trail picked up the pace once the clouds parted with Graves posting a 7:48 – the hottest time of the day, slicing a minute of his first run.

The pro women’s was another tight finish with Mandy Davis claiming first place with a quick lap of the Downhill giving her valuable seconds over Sara Mills.  Wollongong young gun, 15-year-old Ashleigh Weinert, clocked the fastest female rider of the day with impressive riding, particularly on the Downhill track. 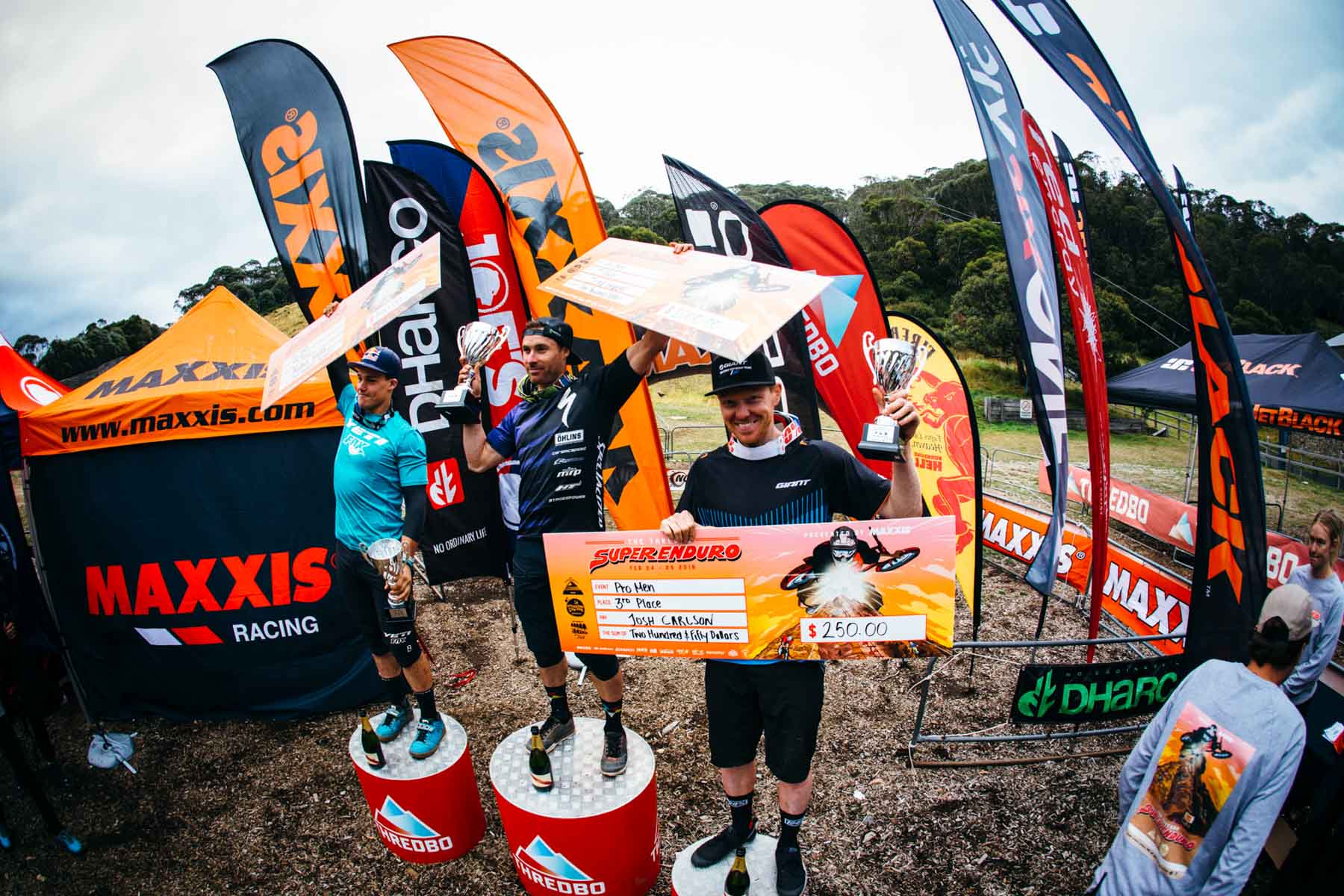 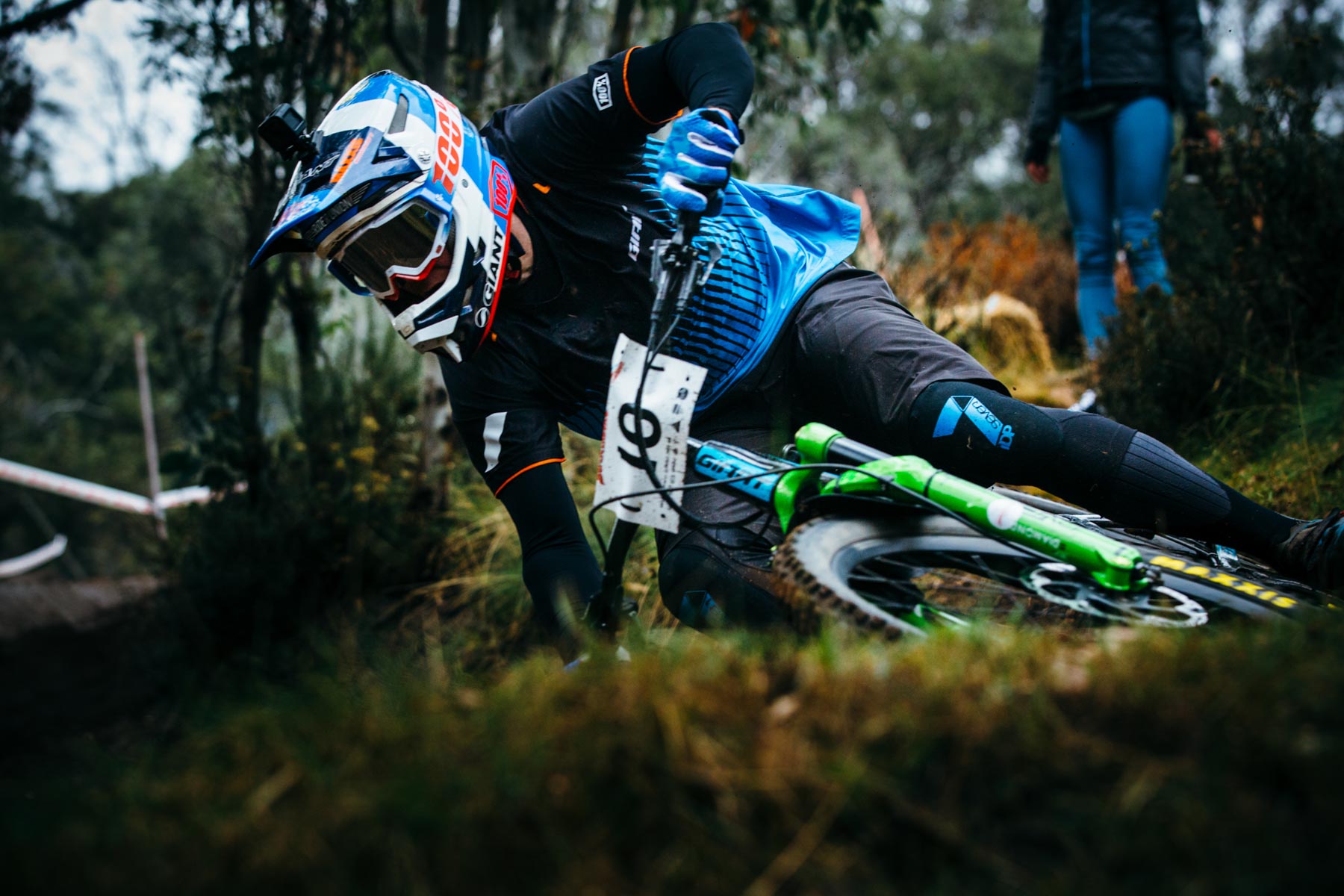 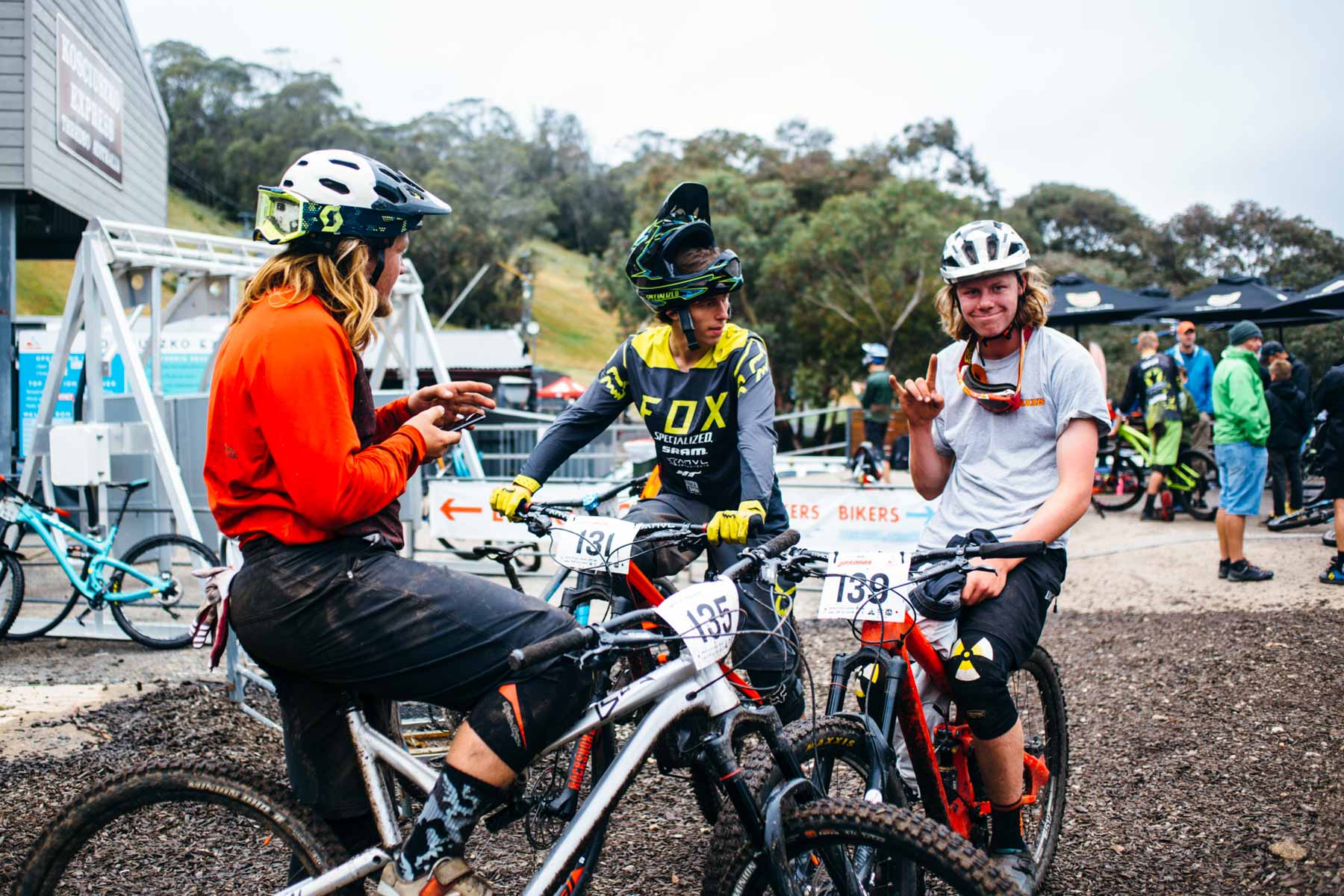 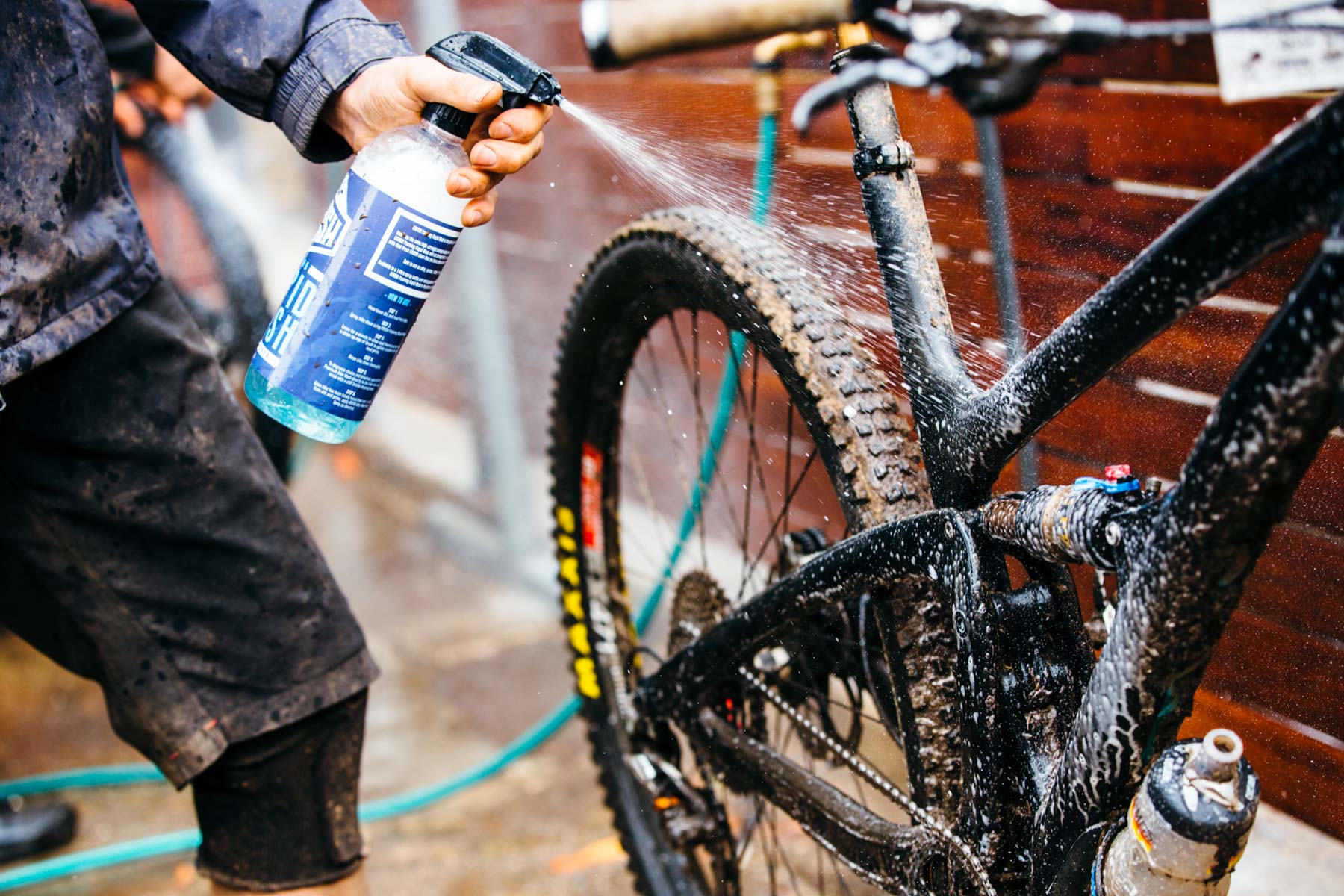 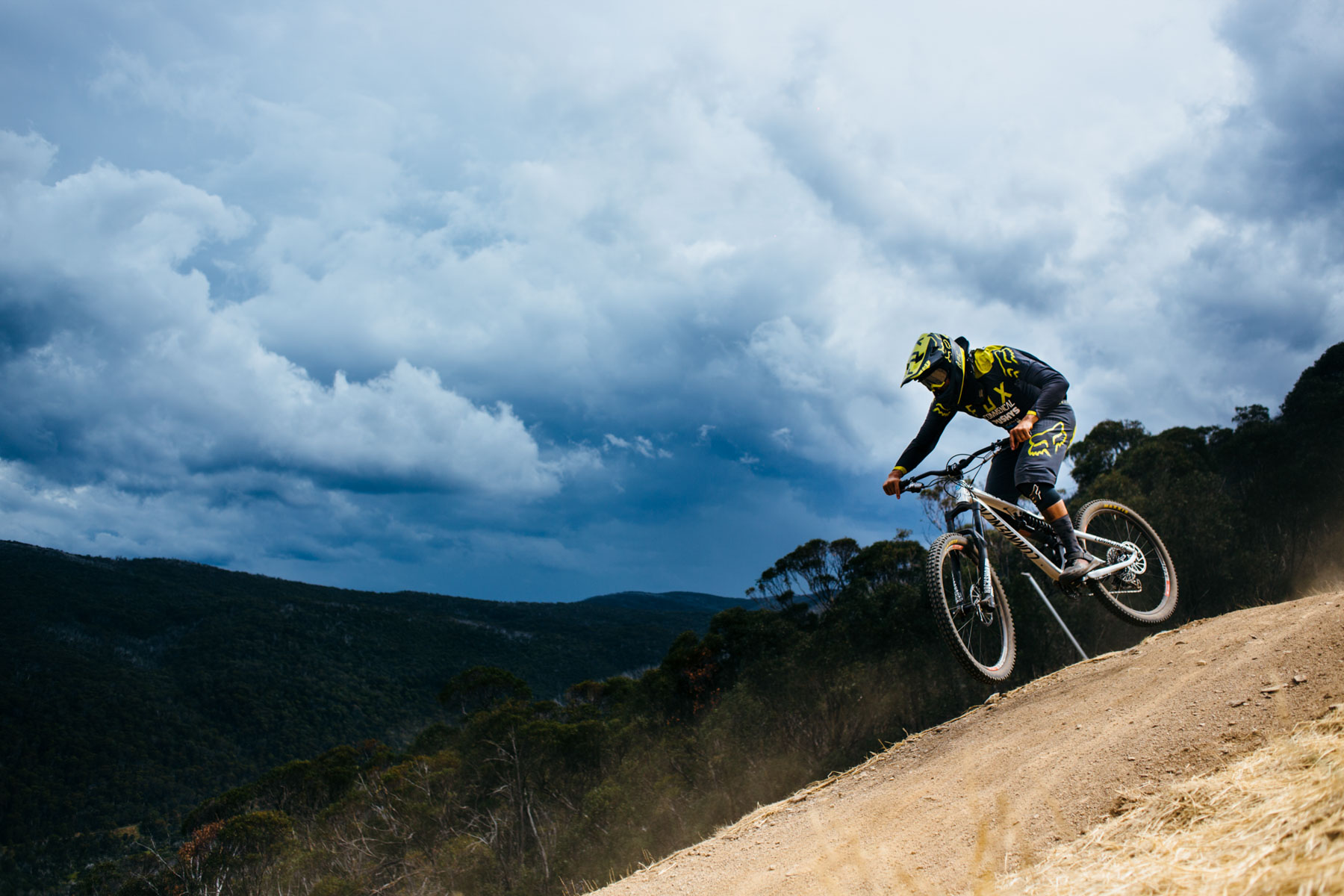 It was a weekend that threw it all at the riders, they headed home weary and muddy many with podium places, personal bests, room for improvement and a what could have been.  The excitement of riding alongside the worlds best, on great gravity tracks, with categories for all makes this event a must do on the Australian Enduro calendar.