Smart integration of Shimano XTR Di2 for a neat and minimal appearance.

Nothing to report so far, full review to come.

Let us introduce the most advanced mountain bike we have ever tested – the Pivot Mach 4 Carbon with 2015 Shimano XTR Di2. Fitted with all kinds of new XTR goodies from Shimano, this 115mm travel 27.5” Mach 4 is designed specifically to accommodate the new Di2 electric shifting. The battery is hidden inside the frame, plus the wires are housed internally resulting in a remarkably smooth cockpit that serves a visual reminder of what the future may hold for the sport. 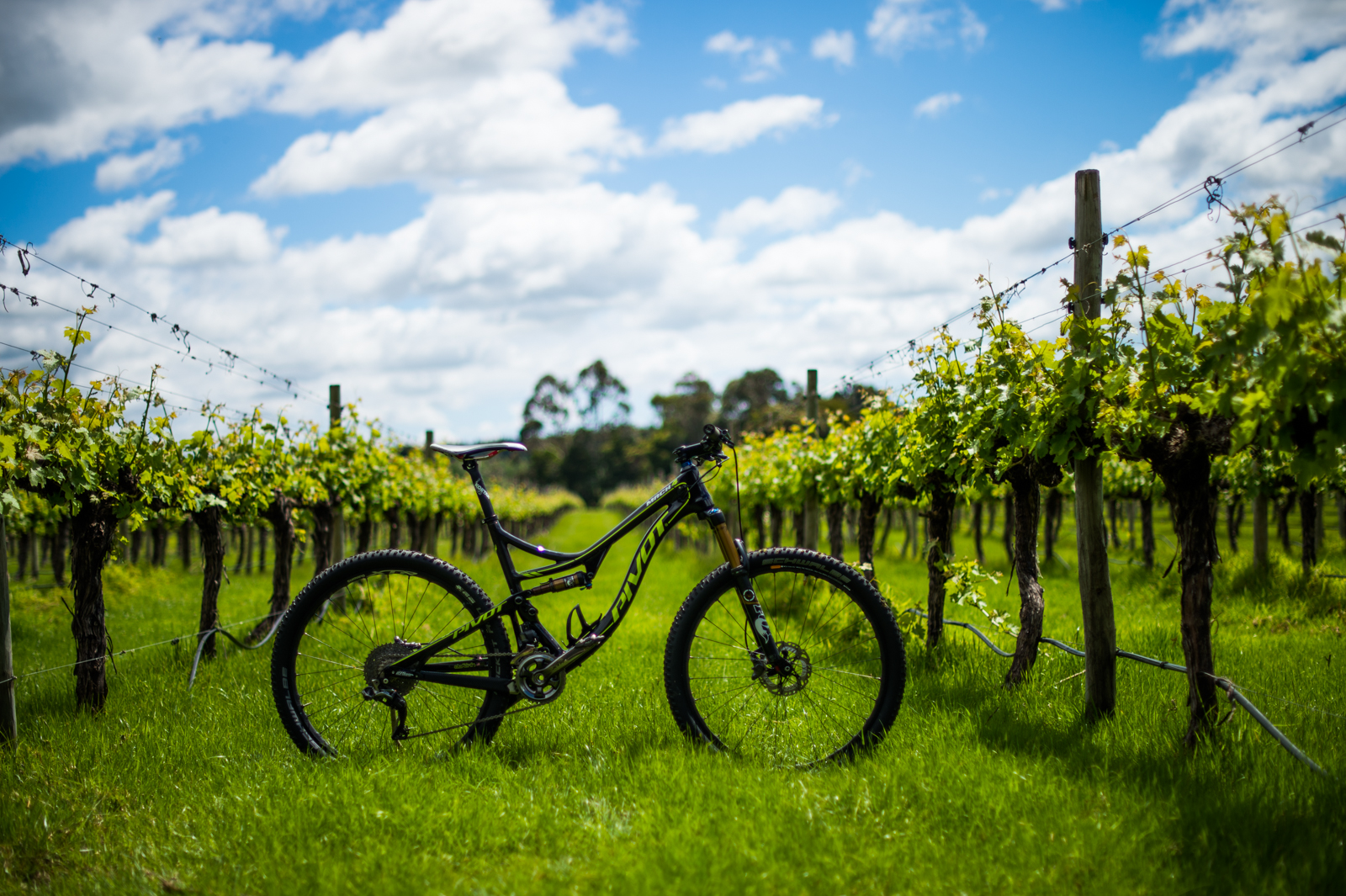 Neat, clean, precise, and efficient is what we see in this new world and Shimano have gone to great lengths ensuring that their first dip into electron and proton controlled shifting for mountain bikes is even better than our roadie friends have been enjoying for a couple of years. We literally just picked up the bike and rode it straight onto the amazing trails of Margaret River on stage 3 of the epic Cape to Cape MTB race. The bike and gear worked flawlessly and we also proved that you can still shift Di2 when the whole drivetrain is submerged in foul, brow, smelly, infested water.

We expect Di2 to be polarising, but hey what new, potentially revolutionary technology to the mountain bike world, hasn’t been? We’ll have way more details on Pivot and the new XTR Di2 in the coming weeks as we give the bike a good going over, but until then we’ll leave you with a few images to drool over.