Continental tyres are simply massive in Europe. Along with Schwalbe, they dominate the spec of most Euro bike brands. But they’ve been pretty quiet in Australia/NZ of late so we weren’t sure what to expect when a box with the distinctive yellow and back Conti branding landed at Flow HQ. 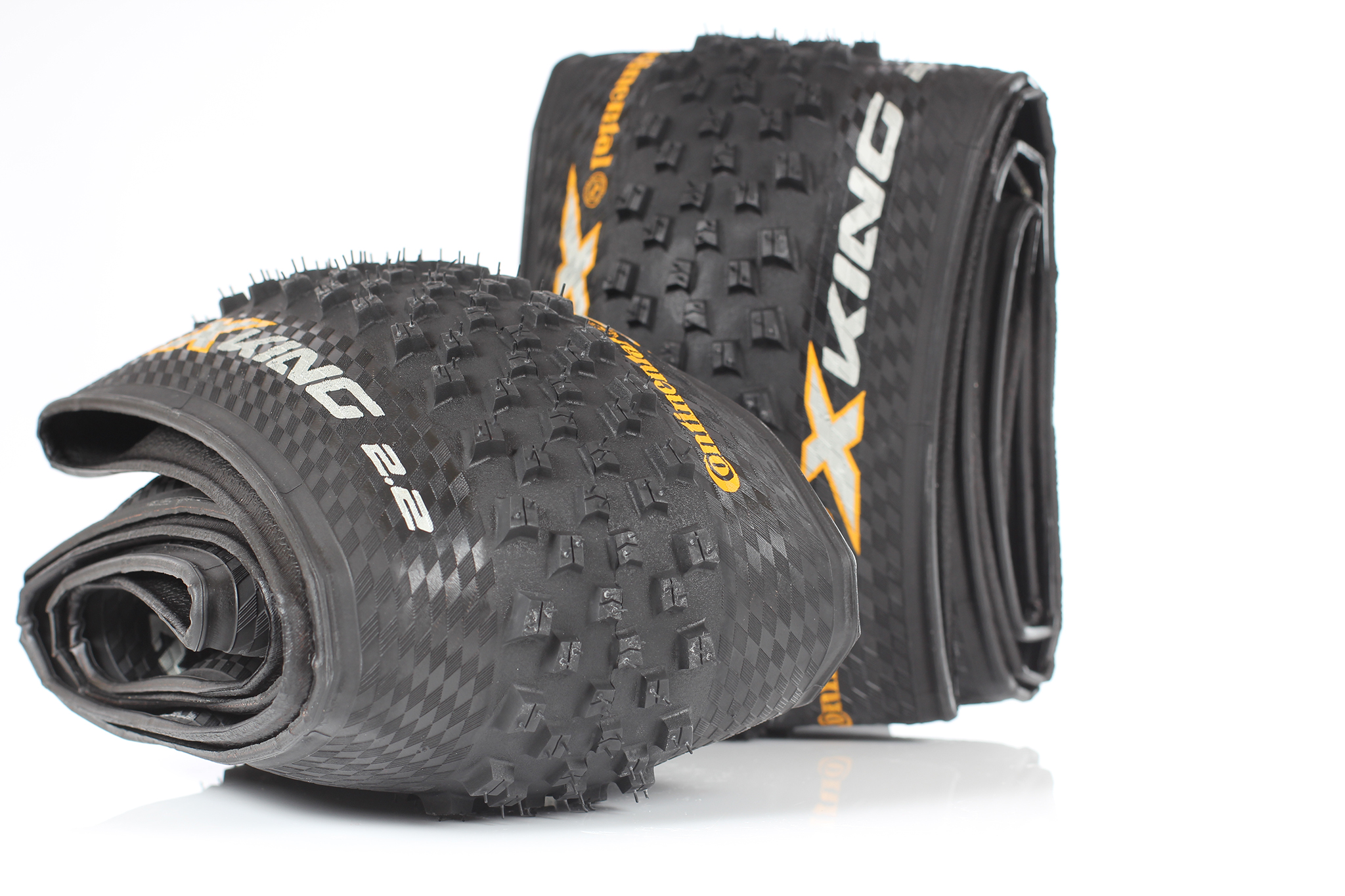 The X-Kings are billed as a bit of an all-rounder, a claim that can sometimes mean mediocrity on all fronts. We’re very pleased to announce that isn’t the case here and the X-Kings have proved to be a great set of treads for general cross country and trail use.

Out of the box and straight onto the scales they went, with a pleasing reading of just 588g blinking back at us. For a 2.2″ tyre, especially one with a reinforced sidewall, that’s an impressive figure.

While these aren’t a UST tyre (Conti actually do have proper UST version) we decided to seal them up tubeless on a some Shimano wheels. The stiff sidewall of the ProTection casing made them a little tricky to bead, but once they snapped into place the seal was tight and we experienced very minimal air loss.

Profile wise, they’re quite a tall tyre, which encouraged us to drop the pressures a little lower than normal without too much fear of denting the rims.

The tread pattern looks bitey, and it is, finding good traction in both hardpack and looser, sandy soils. We’ve been spending a lot of time on some of the gummy offerings from Maxxis, Kenda and Schwalbe lately, so it was a pleasant surprise to find that even though the Contis don’t feel as sticky, they actually delivered plenty of cornering bite on the trail.

But because the tread blocks are quite closely spaced, particularly through the centre, it’s still a very fast rolling tyre too. Straight line braking in loose conditions was a the only chink in this tyre’s armour. The tight tread pattern across the tyres centre battled to dig in sometimes, though perhaps the 2.4″ version with a bigger contact patch would do better up front for hard riding.

Conti claims that their Black Chili compound strikes the perfect grip/speed/durability balance, and we think it’s pretty optimum. After a couple of week’s solid use, the rear tyre had begun to show some wear with slight tearing on some knobs, but we certainly wouldn’t call it excessive. The sidewalls continue to live up to their name, and are in great condition too.

All up, we’d be happy to run these tyres as our day-to-day treads, from trail riding to marathon races. They’re a top all-rounder, just like it says on the box. Sehr gut! [/private]