The Scott Scale is a race-winning machine, and making it easier for 2017 the Scale RC SL frame weight drops to an astounding 849g. The gram counters will know that this is in the ball park of a high end road bike frame, an incredible achievement indeed but there's more to the new Scale than weight, the new carbon frame also lifts it up a notch in comfort and improved handling, read on.

Check out the Scott Spark too, and our first impressions of the dual suspension brother to the Scale here: 2017 Scott Spark.

Dropping weight at the same time improving the comfort and handling of a new bike must be quite a tall task to pull off, but from what we’ve seen it’s all about the small gains from every section of the frame, adding up to a final product that leaves the big name brands behind in the race of the lightest hardtail frame.

“In today’s market it’s getting easier for anyone to go to Asia and release a mediocre carbon hardtail frame and call it good. That’s where we are different. Focussing passionately on every little detail, no matter how small the gain is really sets us apart from everybody else, and puts the new Scale firmly ahead of the competition.” Dan Roberts, Scott Scale Engineer.

Using a new carbon layup procedure in the frame Scott’s carbon engineers are able to make the most of their latest HMX-SL composite material (found on their high end road bikes) to reduce mass around the larger sections of the frame. Boost hub spacing comes into the Scott range for 2017 allowing for more freedom to push sections of the frame outwards, the wider hub, chain line and the single-ring specific drivetrain version and use of the new Shimano side swing front derailleur arrangement lets the Scale engineers get serious on creating big shapes where they need them. But its the rear end of the frame that most of the weight loss is, er, gained.

SDS2 Shock Damping System: The Scale even looks comfortable just standing there with its wafer-thin seat stays and curvy seat tube, can’t say that we’ve haven’t seen such a slender rear on a mountain bike before. Claiming a 35% increase in seated comfort than the previous Scale, and 27% more comfort when standing, there’s a lot of focus on this area for the new frame. The new frame shapes are said to allow 6mm of flex in the frame at the seat tub and the dropouts can move 2.5mm in the event of a hard impact. 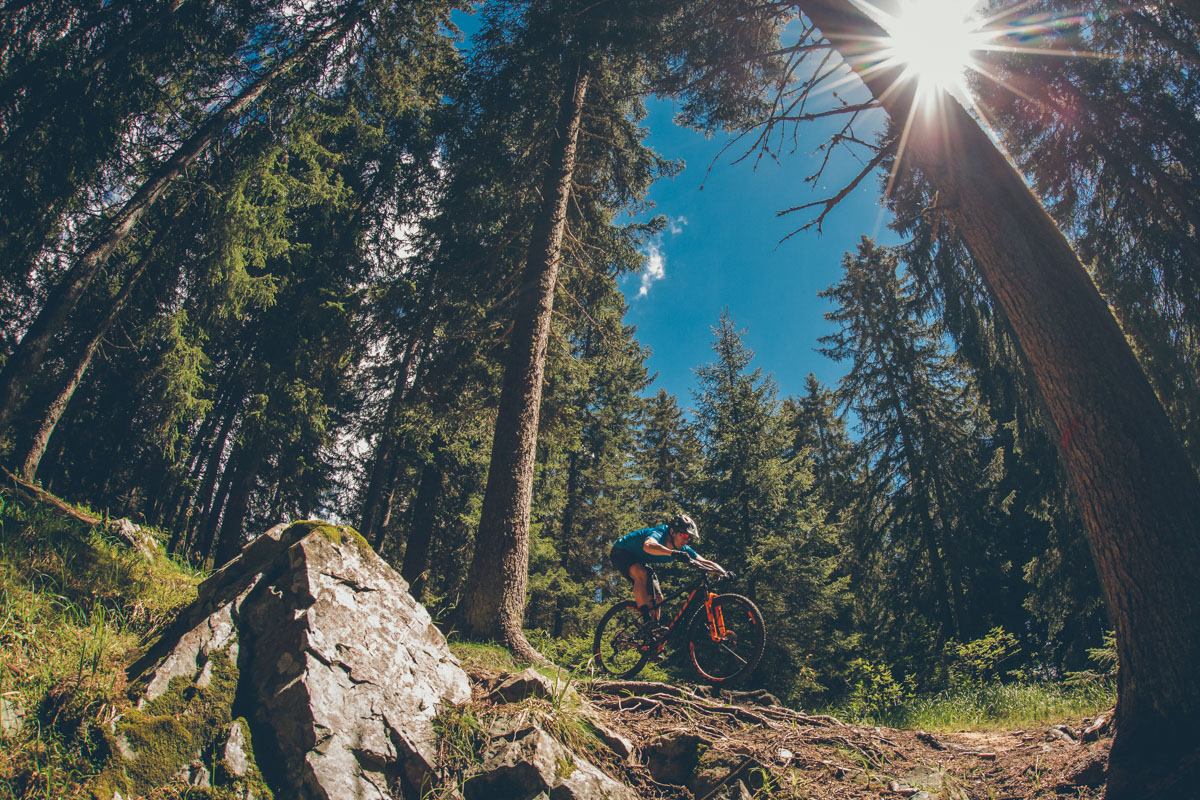 Brake Mount: The new Scott Spark and Scale share the clever new brake mount which attaches to the chain stay and rear hub axle, this allows the seat stays to flex more freely, and results in a cleaner and lighter dropout on that side.

SW Dropout: The new sandwich dropout is also an area of weight saving, on the Spark also. Available for both Shimano Direct Mount and SRAM it integrates into the thu-axle for a leaner and stiffer section. 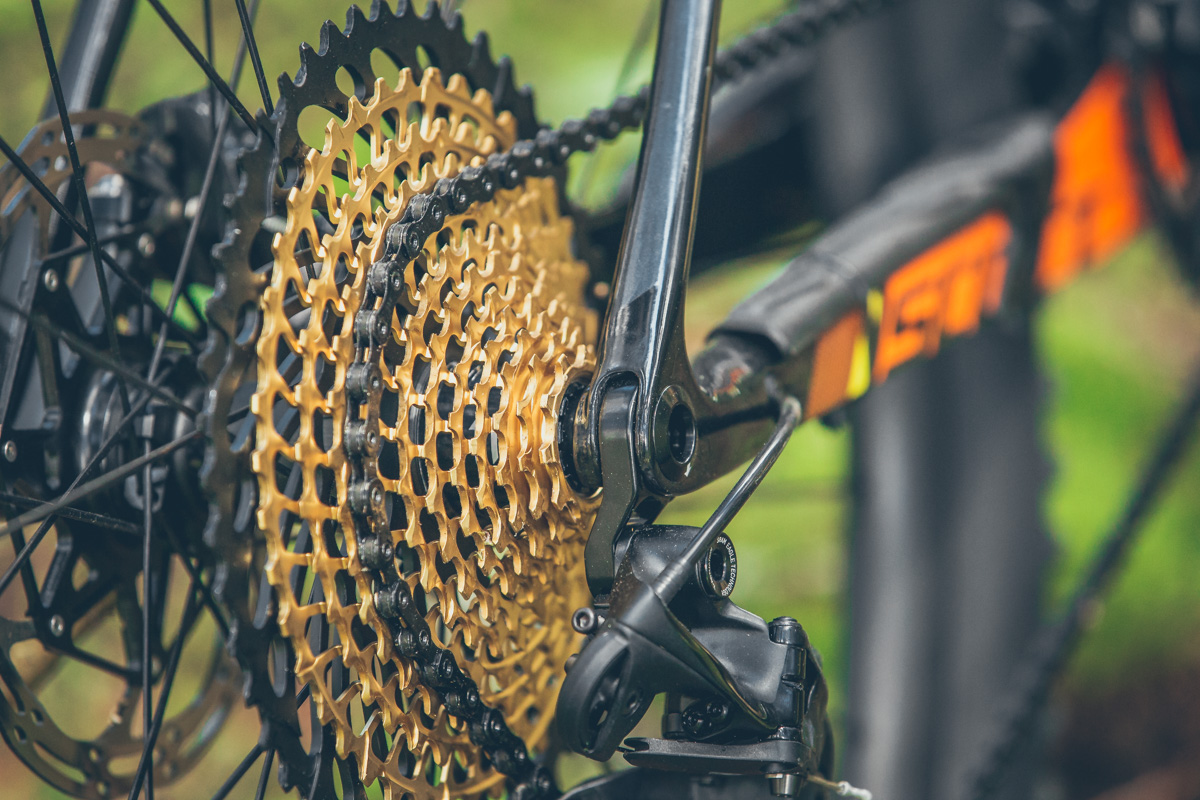 Geometry: You may have seen on RedBull TV that the World Cup courses are becoming increasingly gnarly, the technicality of racing has come a long way in the last few years and it is more than just a climbers race. Hence the evolution of frame geometry, and the changes in the new Scale. The 29er is 13mm shorter in the stays on 29er and combines that with a steeper seat angle and a longer reach.

Three versions of the Scale

The bike of choice of World Champ Nino Schurter, the 27.5″ wheel version of the Spark is the lightest in the whole class, and combine that with the inherently quick acceleration from the smaller wheels you have a race bike for the punchier and faster courses, or simply a more lively and agile race bike than its bigger wheel brother in the 900 series.

29er hardtail for the longer races, or for riders enjoying the confidence and stability of a 29er wheel. We may even see Nino racing the Rio Olympics on this bike, as the rolling course favours a 29″ wheel.

While it may not score all the delicious carbon details of the bikes above, the aluminium frame Scale Plus is the only hardtail you should ride if racing is not on the agenda. This thing is so capable, with laid-back geometry, 120mm travel forks, a dropper post and monster 2.8″ tyres it can handle anything you throw at it.

We’ll be getting our grubby mitts on these bikes for a proper review as soon as possible, stay tuned for more ridiculously light carbon from Scott. 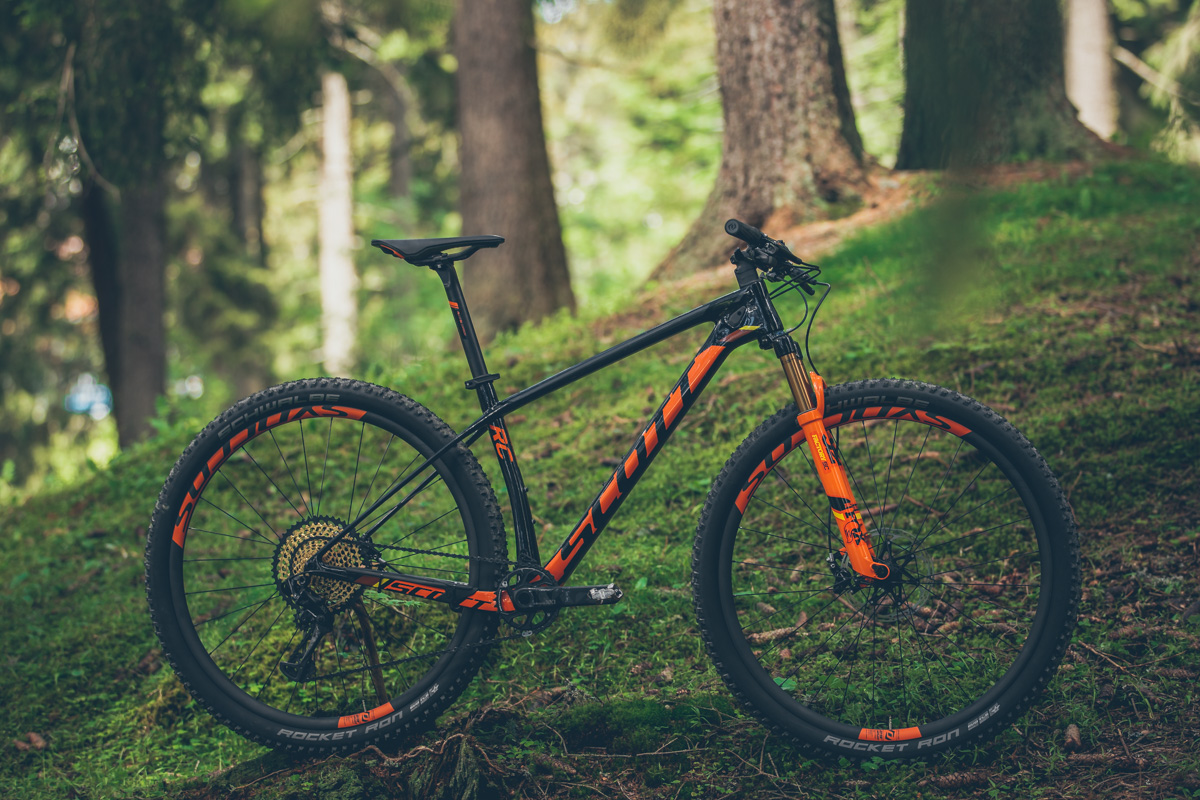