Fairly heavy (at this stage - an aluminium version is on the way).

You can read our full review of the itrack here. Go on!

Those of you out there in Flow Land who were readers of the magazine may recall an interview we did with Hugh McLeahy. Hugh has more engineering savvy than your typical bloke and he’d begun creating his own dual suspension frames, fabricating them right there in his own garage. 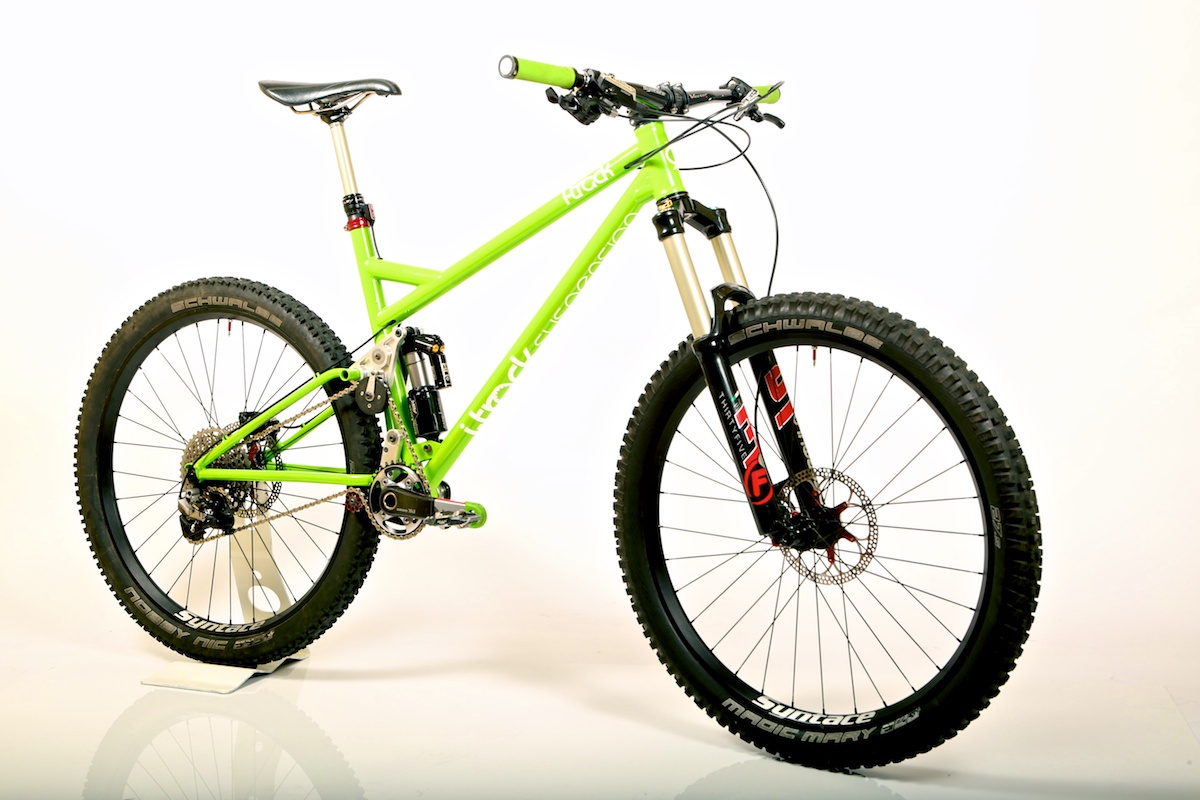 His designs were built around a suspension system of his own creation, called I-Track, and he initially debuted the concept with a downhill bike that he built from chromoly steel. He’s now evolved the concept further, incorporating his new incarnation of I-Track into a 160mm all-mountain bike that we’ve been lucky enough to borrow for a few weeks.

Before you get your wallets out, this bike isn’t going to be available for sale in its current format. Like the earlier downhill bike, the P3 is currently built from steel, but Hugh is hoping to have a production version made from aluminium available for sale within the next 12 months.

It’s obviously a very unique bike, but what’s it all about? (TECH WARNING) The P3’s suspension system is centred around a four-bar linkage configuration with a significantly rearward axle path. But where the P3 differs from similar ‘short-link’ four bar designs is the incorporation of an idler pulley. 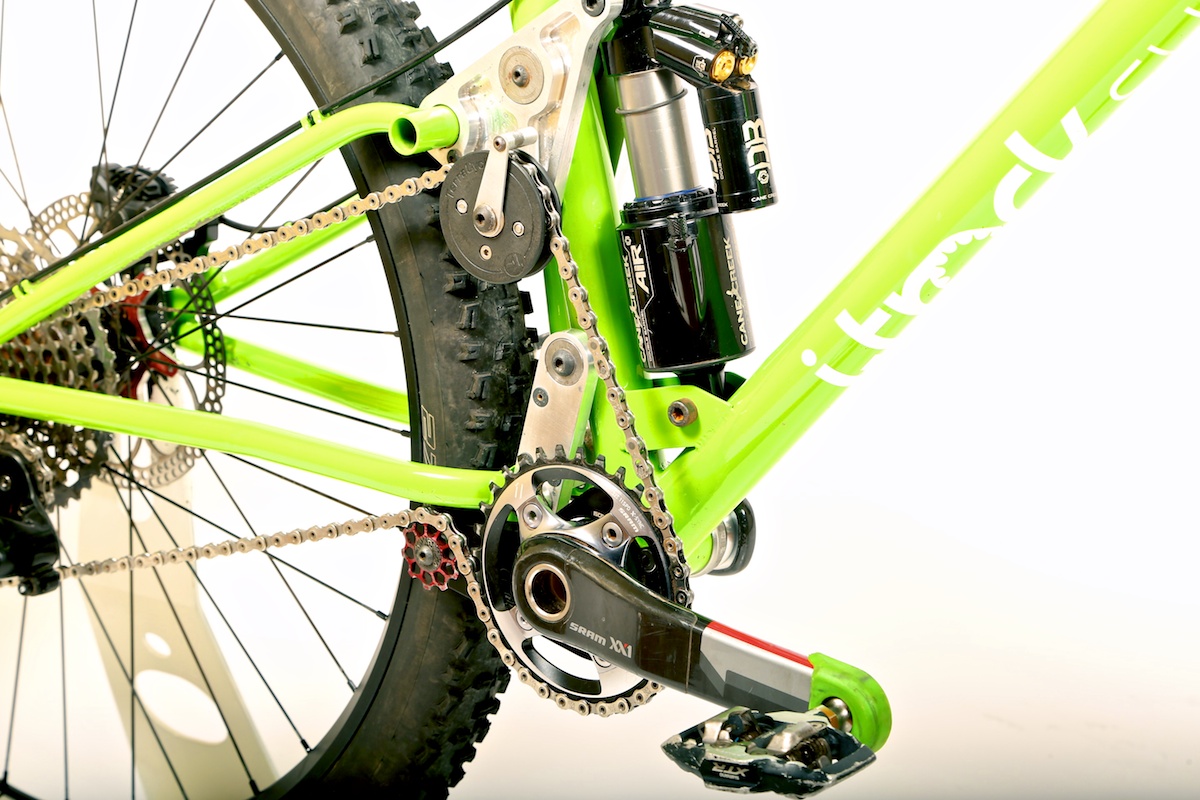 The idler moves moves upwards and rearwards as the suspension compresses, which allows the rate of chain growth, and therefore anti-squat, to be tuned throughout the suspension range.

Idler pulleys aren’t anything new (for example, look at Brooklyn Machine Works, K-9 Industries or many others), but this is the first time we’ve seen an idler which is mounted to the suspension linkage in this manner. In most other systems that use an idler, the pulley is typically static and is used as a way to reduce pedal kickback caused by dramatically rearward axle paths. But in the case of the P3 the idler moves moves upwards and rearwards as the suspension compresses, which allows the rate of chain growth, and therefore anti-squat, to be tuned throughout the suspension range.

The whole idea is to create a bike that: a) has a rearward axle path b) doesn’t rely on excessive low-speed compression damping for pedalling efficiency c) doesn’t suffer from too much pedal feedback d) has an anti-squat profile that is variable throughout the suspension travel.

One notable aspect of the idler system is that the bike must be single ring only, so the P3 is decked out with SRAM xx1. The rest of the build kit is very ‘South Australian’ with loads of Syntace and Formula gear from Adelaide based EightyOne Spices. We’re particularly looking forward to riding the wide Syntace W35 wheels that the bike is equipped with.

Well now we know the theory, it’s time to take the I-Track P3 out for some trail time! Let’s see how one man’s project translates from the drawing board to the dirt.