Scott were one of the first big brands to make a true, large-scale commitment to the 27.5+ wheel format. While plenty of brands have dipped a toe in the water, they've invested big time in Plus size, with both hardtails (the Scale Plus - read our review here) and the Genius Plus series too. Only Specialized have gone as hard and as early with 27.5+. 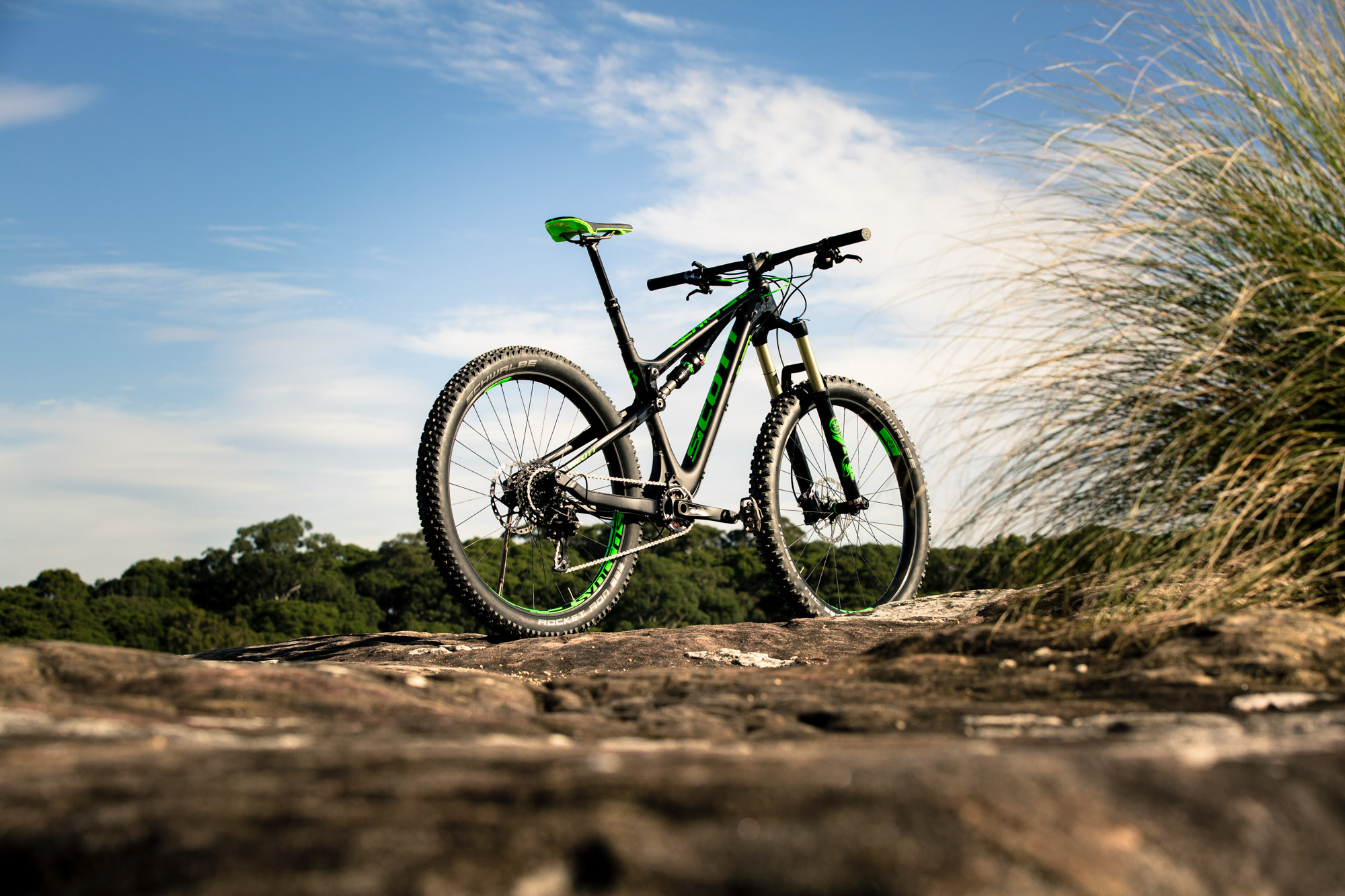 Read our interview with Scott’s International Sales Manager, here, for a full discussion of Scott’s decision to embrace 27.5+

Is it wise to have invested so much, so early? Or is 27.5+ going to float on by? We think the success of 27.5+ is going to depend on one thing: getting people to try this format. One ride, and you can feel and see what the fuss is all about! Our prediction is that many brands will be following Scott and Specialized’s lead in 2017. 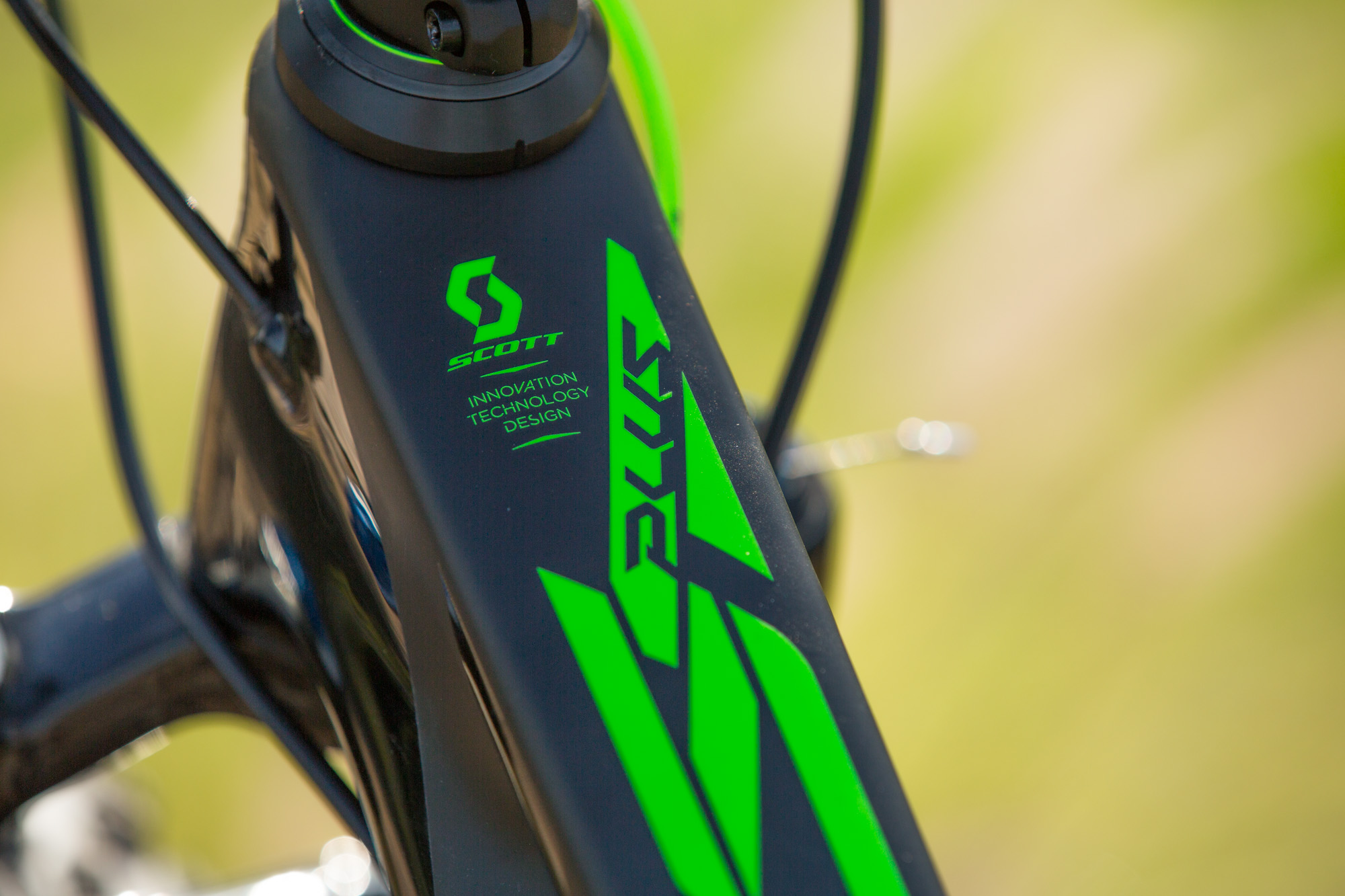 The Genius Plus 710 is described by Scott as a ‘fun hog’. Don’t confuse the implication – it’s not a pig/hog of a bike (it weighs only just over 13kg), but it does looks like it might take more than its fair share of good times on the trail! With 130/140mm travel and 2.8″ tyres mounted to 40mm rims, the Genius 710 Plus is a beast.

Like the regular Genius, the 710 Plus is equipped with Scott TwinLoc suspension system, so you can drop the rear travel from 130mm to just 90mm, or lock the whole bike out completely, with the push of a button. We imagine this feature will be even more beneficial than usual with this bike, not because it’ll need any more climbing assistance, but because the larger tyre volume should mean that just 90mm travel is a viable option for more situations.

Like we’ve said above, the entire bike weighs just over 13kg once you’ve converted it to tubeless, and if you remove the wheels from the bike you’ll be pleasantly surprised how light they actually are. The 2.8″ Schwalbe rubber sealed up tubeless just as easily as a regular tyre, and on the wide 40mm they look to be very nicely supported. If we take the front tyre, a Nobby Nic, as an example, compared to the equivalent tyre in a 2.35″ size, the weight penalty for the much bigger rubber is only 140g! For our first ride, we ran about 17psi out back and 15psi up front.

Geometry-wise, the Genius Plus’s chain stay measurement immediately jumps out at us – at 445mm, they’re long indeed. A small flip-chip gives you some geometry adjustment, and we’ll be leaving it in the lower, slacker position for a 67.5 degree head angle. 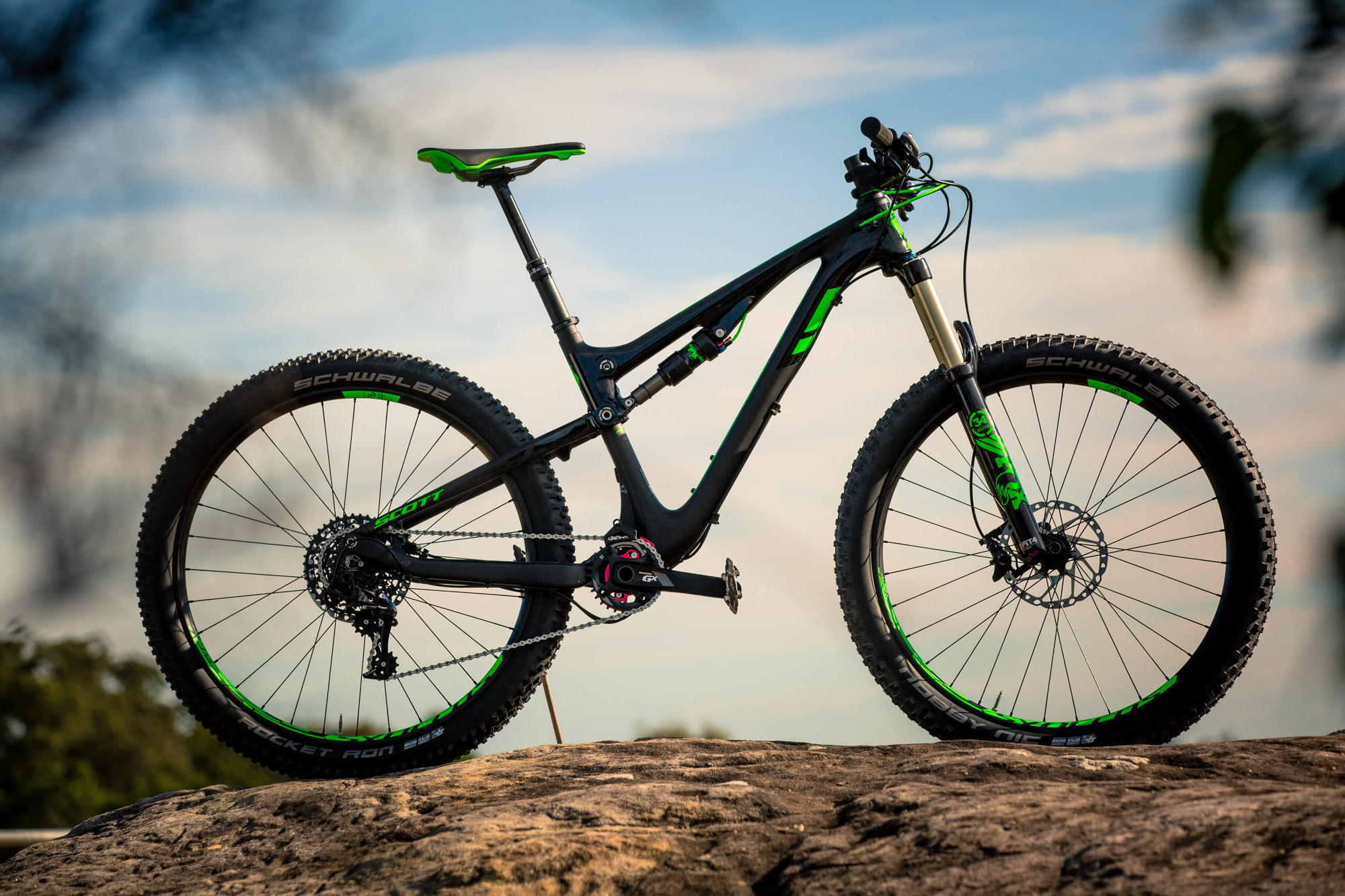 Hold on tight for our full review soon, we think this bike is going to be fast and very fun!

MO’ FLOW PLEASE!
It appears you're using an old version of Internet Explorer which is no longer supported, for safer and optimum browsing experience please upgrade your browser. <!-- Cache served by breeze CACHE