Nil at this stage

In our opinion, the release of the RockShox Pike last year was a huge milestone in suspension fork development. It simply blew us away, and quickly became a highly desirable item all around the world due to its remarkably smooth and controlled action, simplicity and low weight. Now the downhill crowd will have a taste of what makes the Pike so sweet, in the BoXXer fork.

Flow’s recent trip to Queenstown was to test out the new BoXXer as well as the new downhill specific SRAM drivetrain, SRAM X01DH. The trails were steep, fast and Flow’s Mick Ross is particularly fussy about fork performance, especially due to his diminutive hands and arms, resembling more like an underdeveloped T-rex than a powerful downhiller.

The new BoXXer has not received a complete overhaul – aside from some stickers and new black legs, it looks predominately the same from a distance. But RockShox have managed to both lift the fork’s performance dramatically and dropped a little weight too, all without changing the proven external chassis so as to maintain backwards compatibility (more on that later).

Simply put, the new BoXXer World Cup and Team models both score the excellent Charger Damper previously only seen in the Pike, Rapid Recovery Rebound, new air and coil springs, Fast Black stanchions and, of course, a 27.5”/650B size option.

What makes the Charger Damper so damn fine then? It’s a sealed unit, with all the damping bits, shims, oil flow ports and suspension oil housed in an expandable rubber bladder. This ensures there will be no interruption in the consistency of the compression and rebound control, sealed from external elements such as air or dirt.

Along with the Charger Damper comes a simplification of the whole damper adjustment system. In the current (2013-2014) BoXXer World Cup fork, there are both two compression and rebound adjustments. These allow the user to adjust the beginning and ending portion of the fork’s rebound action, and both high speed and low speed compression, too. That, my friends, is a whole heap of adjustment that we don’t want or need.

And so RockShox made the call to move from four to two just adjustments – you’ll find just one rebound, and one compression dial on the new BoXXer.

The BoXXer air spring also scores some Pike-inspired love. Gone is the externally adjustable air spring dial, and in its place comes the Bottomless Token system. Simply install one, two or three plastic tokens to reduce the air volume and change the spring rate. It’s lighter, simpler and just as effective as the previous system.

The whole system is backwards compatible too, meaning any 35mm legged BoXXer (from 2010 up) can accept either the new Charge damper, air spring or both as an upgrade. These will set you back just $489 and $239 AUD respectively. We’d say that fitting a Charge damper to an older BoXXer would lift its performance significantly – a bit of a bargain in our reckoning.

We expect to see the new fork available in April/May, and Australian RRPs are below.

Now, we are very happy with how the current BoXXer rides, but the difference between the old and new fork… well, it’s crystal clear.

Our first day of testing started off on a new bike, new trails and with new riding companions. To familiarise ourselves with this new environment we started laps of the Skyline trails of Queenstown with the current 2014 BoXXer World Cup fitted to our Devinci Wilson Carbon bikes. Sags were set, rear shock coils were swapped out and ergonomics were dialed in.

Four solid runs were knocked out like this, and then we wheeled our bikes into the hands of a waiting SRAM mechanic to swap out the guts of the fork, installing only the new air spring and Charge damper in a matter of minutes.

Riding back down the same trail we went, same bike, same tyres, same everything, but with the new fork damper and spring installed. It proved to be one of the clearest comparisons of product ever. Instantly we noticed a difference. Not just a little one either – the updated guts made the forks action feel a lot more composed, and that first run with the new guts was smoother, with significantly less hand fatigue.

We also had the opportunity to try a 27.5″/650B wheeled Intense 951 with the new fork. For us, the wheel size really wasn’t what stood out however – the fork’s performance made a far greater difference to the way the bike rode than a centimetre and a half of wheel size ever could.

It was then time to lift the pace a bit, holding tighter and higher lines, and hitting holes with less care. We felt just like Stevie Smith – ploughing through braking ruts and moderating the front brake easily where in previous runs we were being compressed into the bike with buckling arms.

We are not alone when it comes to one of biggest challenges in downhill racing; fatigue, it gets in the way of a good run every time. Unless you’re constantly training for such a strenuous activity, there’s only so many runs of a downhill track that you can do before fatigue sets in and performance drops. We’re not talking smack here, but we relished in the forks ability to reduce feedback to our hands, just as we’d found when riding the Pike for the first time. With the new BoXXer, we could ride for far longer and much faster, than our measly amounts of downhill riding back home should have allowed. 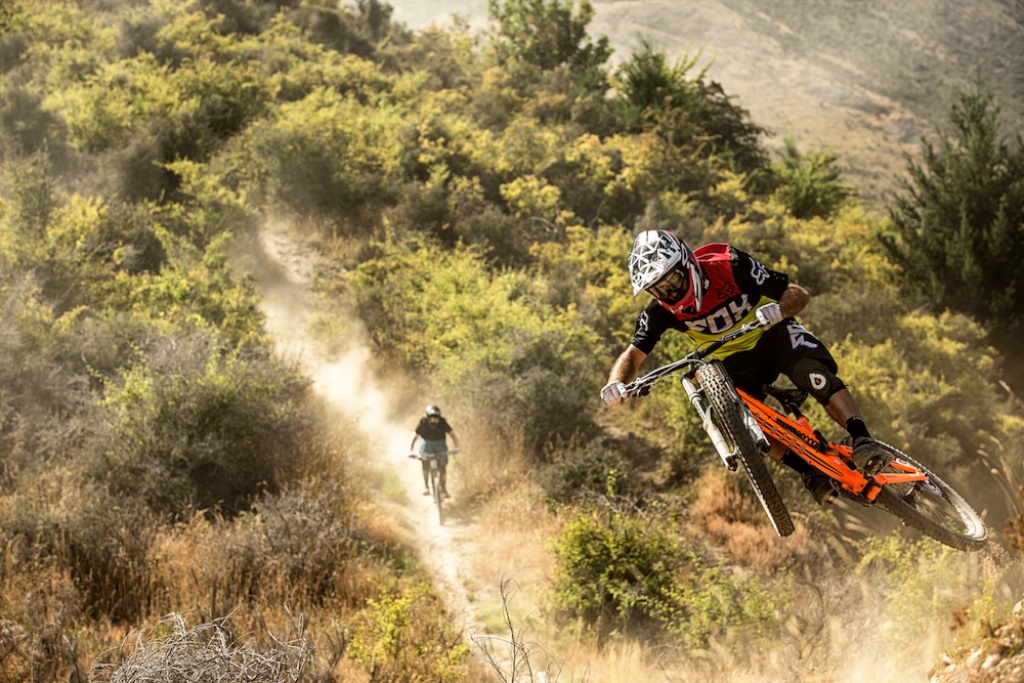 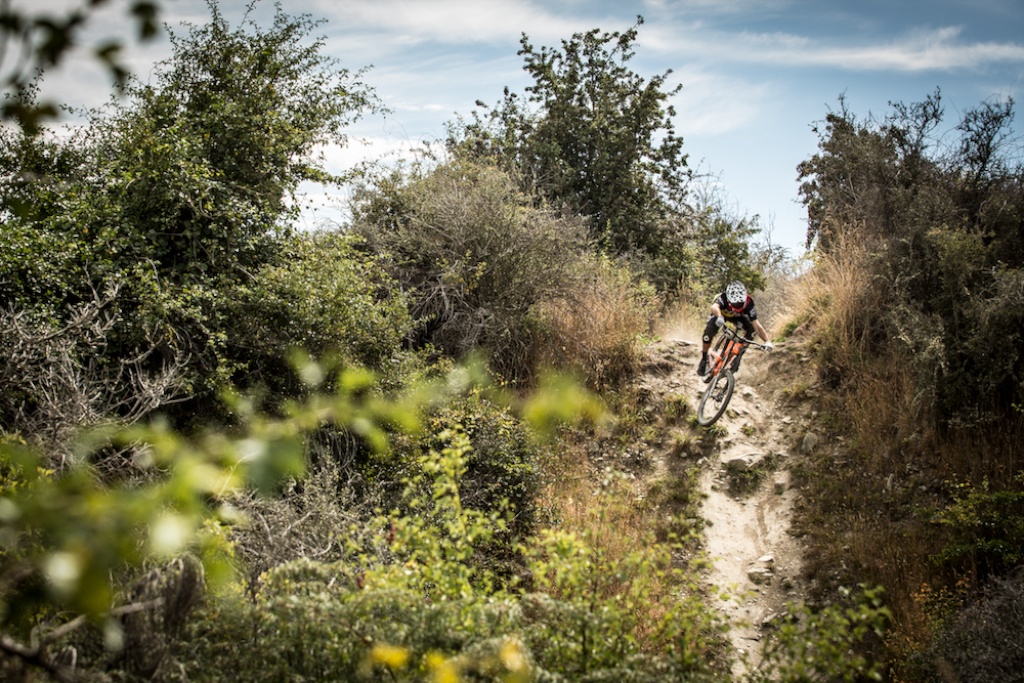 Tuning the fork beyond simple rebound and compression was a snack; to experiment, we dropped the fork pressure by five psi, and installed a Bottomless Token. The fork felt no different off the top of the stoke, still soft and supple, but when we pushed the bike into the face of a jump we popped a little higher. When we braked heavily into a blown out corner, the fork to be held itself a little higher in its stroke. We then tried two tokens, with less pressure again and relished in the suppleness and support. This tuneabilty is superb – two riders of the same weight can have different styles, one may ride smoother, and calmer, so a more linear spring curve will give a great effect, but a harder rider hitting things on the trail can benefit from a more progressive spring feel.

The new BoXXer guts have taken the fork to the next level. RockShox have succeeded in taking what we all know works so well in the Pike and applied it to the BoXXer, dropping weight and keeping it all backwards compatible. For us, this is the real kicker – allowing riders to take the fork they know and love to a whole new level without having shell out for an entirely new item is pure genius. See you on the shuttle?