The carbon framed Jam2 is the lightest e-mtb we’ve had on test at Flow, weighing a touch over 20kg. Focus place a strong focus on making the longer travel Sam2 and the mid-travel Jam2 to look and ride as close to a regular bike as possible. Add the T.E.C. battery pack and you've also got the biggest range we've ever tested too, with a whopping 756 w/hr at your disposal.

We’ve been riding the Jam for nearly one year, becoming a handy addition on our Mission Impassable adventures series where we plotted rides that required e-bikes to make the most of it; big mountain passes, moto trails, self-shuttle descents and back-country missions.

Watch the Jam doing its thing in the vid below:

This 2018 model Jam2 has been around for a couple of years now, let’s see why we think it has stayed so relevant in the highly competitive e-mtb space.

In a world of log travel, chunky e-bikes weighing around the 25kg+ mark, the Jam2 is quite agile and it doesn’t feel unusually large below you. Swapping between the Trek Powerfly and Specialized Levo, we found ourselves picking the front end up and jumping over things on the trail a lot more on the Jam2.

The 457mm chainstays strike a happy medium for stability and agility, and the low front end feels more manageable on flatter singletrack. The geometry feels comfortable, not particularly aggressive.

A large part of the Jam’s maneuverability is the weight and low, central mass. The F.O.L.D. suspension is highly active, while not as supportive as the Levo or Norco, you can feel it working away like mad over the rough trails keeping the rear wheel stuck to the ground.

The battery is smaller and therefore lighter than most, the 378 Wh battery won’t give you the scope to ride-all-day, but we were able to take on rides up to around 35km with 1000m of climbing before the dreaded red light came on, but there is an option to extend the play.

The Focus is the only e-bike we’ve tried that uses an attachable battery pack to increase the range capabilities. For $900 the T.E.C. Pack adds 2kg and doubles the battery capacity; it’s super easy to use, it just clips on without the need for tools.

You could keep it up your sleeve for longer rides, stash it in the bushes at the halfway point of an epic, or just leave it on there; the bike would still be lighter than many of its competitors. 756 w/hr range battery means serious adventure, more than the Norco Sight VLT and the Specialized Levo.

Shimano in the belly.

We’ve had huge experience with the Shimano Steps motors and have absolutely zero issues over the years, it runs nice and smooth and takes up little space in the frame. We have been experimenting with the mobile app to tune the power modes, and while it’s not as user-friendly as Specialized’s Mission Control app, we dig the options to optimize the power outputs and update the firmware as they are released.

On this model the Di2-enabled bar and stem allow the wires to travel internally, cleaning up the cockpit from any wires flapping about though we can’t wait for Shimano to update the mode selector into something more minimal to allow great freedom with dropper lever placement.

Any gripes over the long-term test period?

Probably more personal preference more than anything, just the ergonomics of the mode adjuster and the plus tyres. The large volume 2.8” tyres are great for chunky terrain, climbing surfaces with lots going on and give a cushy and quiet ride.

But to give the bike more pep and precision, we’d trade the tyres and even the 40mm rims for a something smaller and narrower, we’ve been enjoying riding e-bikes with stouter tyres for a more predictable feel at the sacrifice of cushion, but if your trails are low on traction you’ll be right with this setup.

The Jam2 has been a great adventure companion over many months, with only a few dents in the rim and worn tyres to show for it. The frame hasn’t skipped a beat, with no attention required to keep it running smooth and creak-free and we got very comfortable on it, it’s easy to get along with. If you’re after an e-mtb that would replicate the feel of a mid-travel trail bike at the sacrifice of a battery with less range than most, the Jam is definitely your jam.

With a few upgrades, we’d imagine the Jam would be hard to beat in building up the lightest e-bike around. 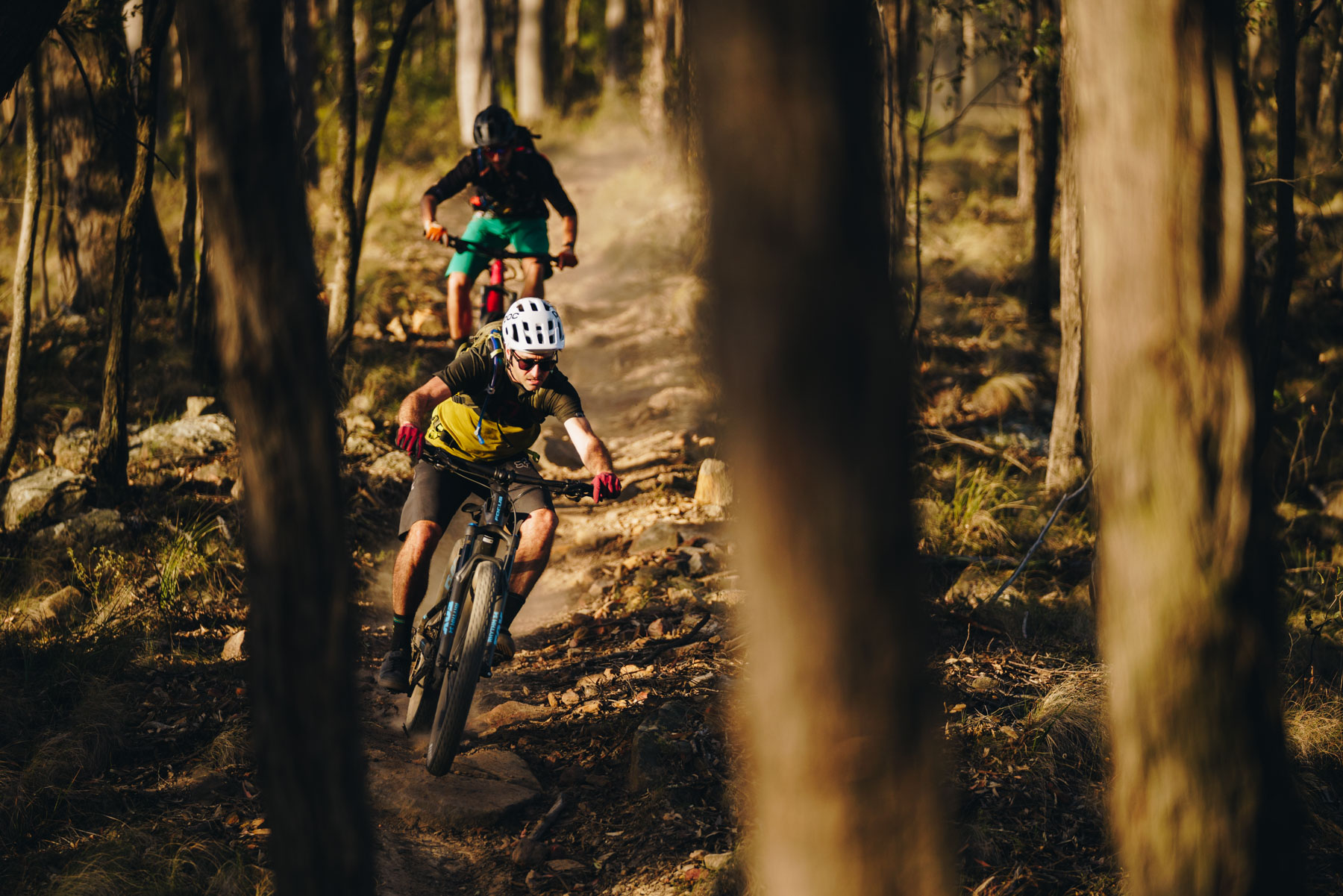