While Sydney has been doing its finest Scottish Highlands impression this past month, with more rain than The Weather Girls, we couldn’t ignore the urge to get to know our Norco Range 7.2 a little better. As you can see, we’ve even found time to make a couple of tweaks to this glorious machine. Read on for the first instalment of our long term test.

As we commented in our First Bite initial impressions piece, it’s uncommon to find a bike this battle-ready off the shelf. Normally we find at least a couple of items to fiddle with before hitting the trails (for example, stem length, tyres or chain ring size), but this was not the case with the Range. Converting the wheels for tubeless is the only must-do before rolling out the door. The Alex rims do say they’re tubeless ready, but this is pretty misleading, as all the label really means is that they can be run tubeless if you fit an appropriate kit. While the bike regrettably isn’t supplied with a tubeless kit, we were able to successfully seal it all up with Stan’s No Tubes tape/valves/sealant. The Maxxis High Roller II tyres are tubeless ready, so it all snapped into place and held air perfectly.

Getting the suspension dialled was step number two, which is made easy thanks to a pressure guide on the Pike RC fork and sag indicators on the Monarch Plus shock.

We’ve been running 65psi in the fork, which is right on the recommended pressure. We’ve had great experience in the past with the Pike’s Bottomless Token system, which alters the progressiveness of the fork, so we’ll be trying out lower pressures and adding a Token or two to see how this changes the ride. In the meantime, we’ve also just received the new FOX 36 to test, so we’ve duly fitted it up and we’ll be taking it out for it its maiden voyage next week. The 36 is 170g heavier than the Pike, but it looks sweeter than an Iced Vovo and we’re dying to ride it. You can read all about our first impressions here.

At present we’re running around 167psi in the Monarch Plus rear shock, for just over 25% sag. We’ll experiment with slightly lower pressures too, as we’re yet to hit full travel with the current settings. We had initially thought that the Monarch could be a weak point in the bike’s performance, but that idea soon went out the window. The 2015 Monarch Plus is far and away the smoothest, most responsive rear air shock we’ve experienced from Rockshox – finally they have an trail/all-mountain shock that can match the performance on the Pike. We just hope it stays this good in the long-term.

Unfortunately our first outing resulted in not one, but two mechanicals, the blame for which lies squarely at our feet. First, we collected a stick that had the audacity to be tougher than it looked, and we snapped out a spoke in the rear wheel. On the same outing, we also damaged the rear brake line. In our build process, we didn’t leave enough slack in the rear brake line to account for large degree of rotation at the bike’s dropout pivot. As such, on a large impact, the line has been pulled too tight and developed a small rupture right at the point where the line enters the caliper banjo fitting. Arguably, the line shouldn’t have suffered this damage, but it was yet another reminder for us to always check a bike’s brake/cable lines through the full range of suspension movement. Lucky for us, we’ve just recently received a set of SRAM Guide RSC brakes to review, so we’ve fitted them for the interim until we get a chance to put a new line on the original brake. Because the Range uses an internally routed rear brake line, fitting a new brake was a little more involved, but at least the ports for routing the line are of a decent size so threading the line isn’t as hard as some. 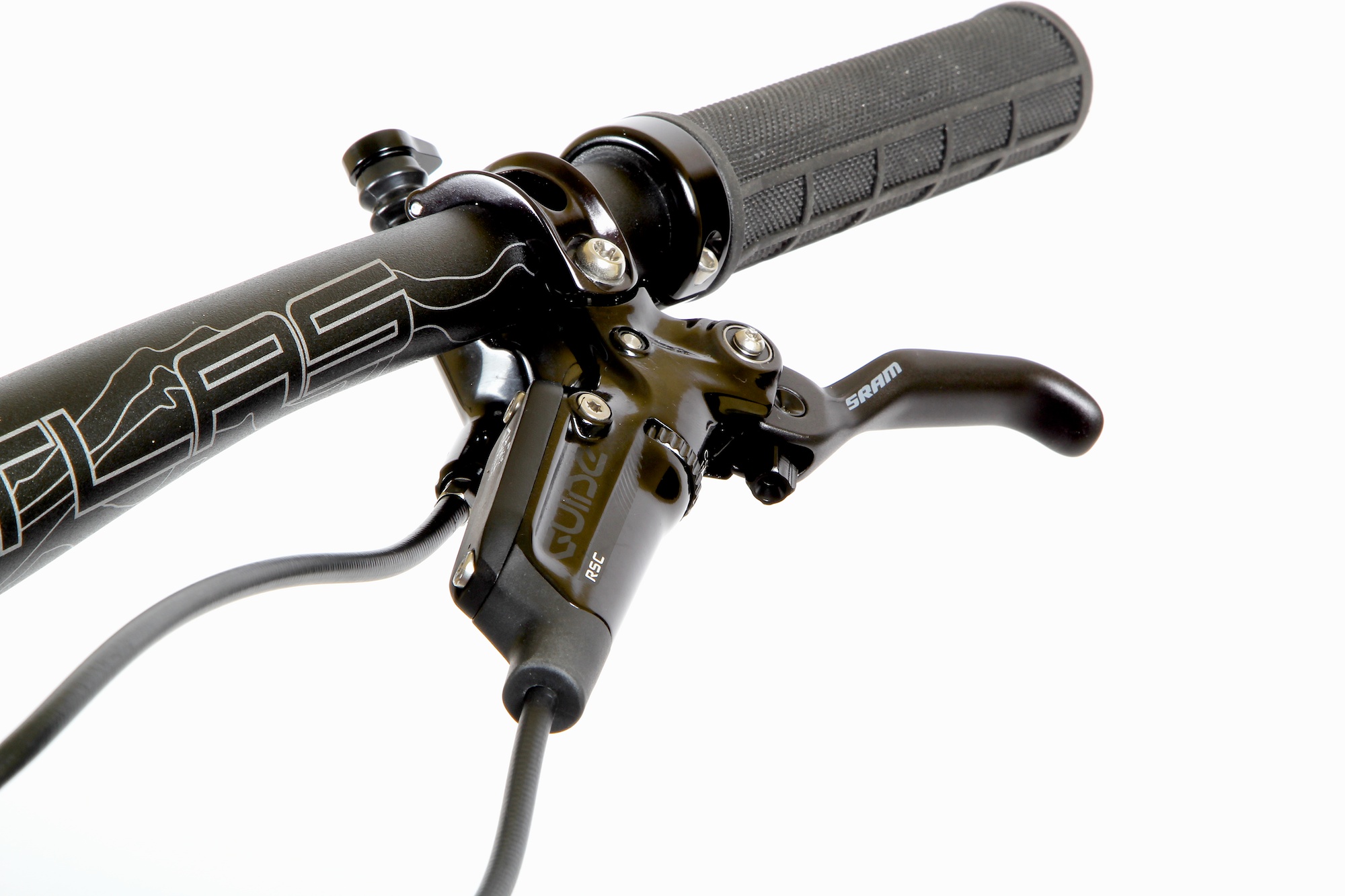 While the original rear wheel is out of action, we’ve fitted the bike with a set of beautiful carbon SRAM Roam 60 wheels which we have previously reviewed. They’re far lighter than the original wheels (by some 400g!) and they’re stiff as a frozen fish finger. With the weight saved on the wheels, and the weight added with the FOX fork, the Range now weighs in at 13.4kg including a set of Time ATAC MX4 pedals. 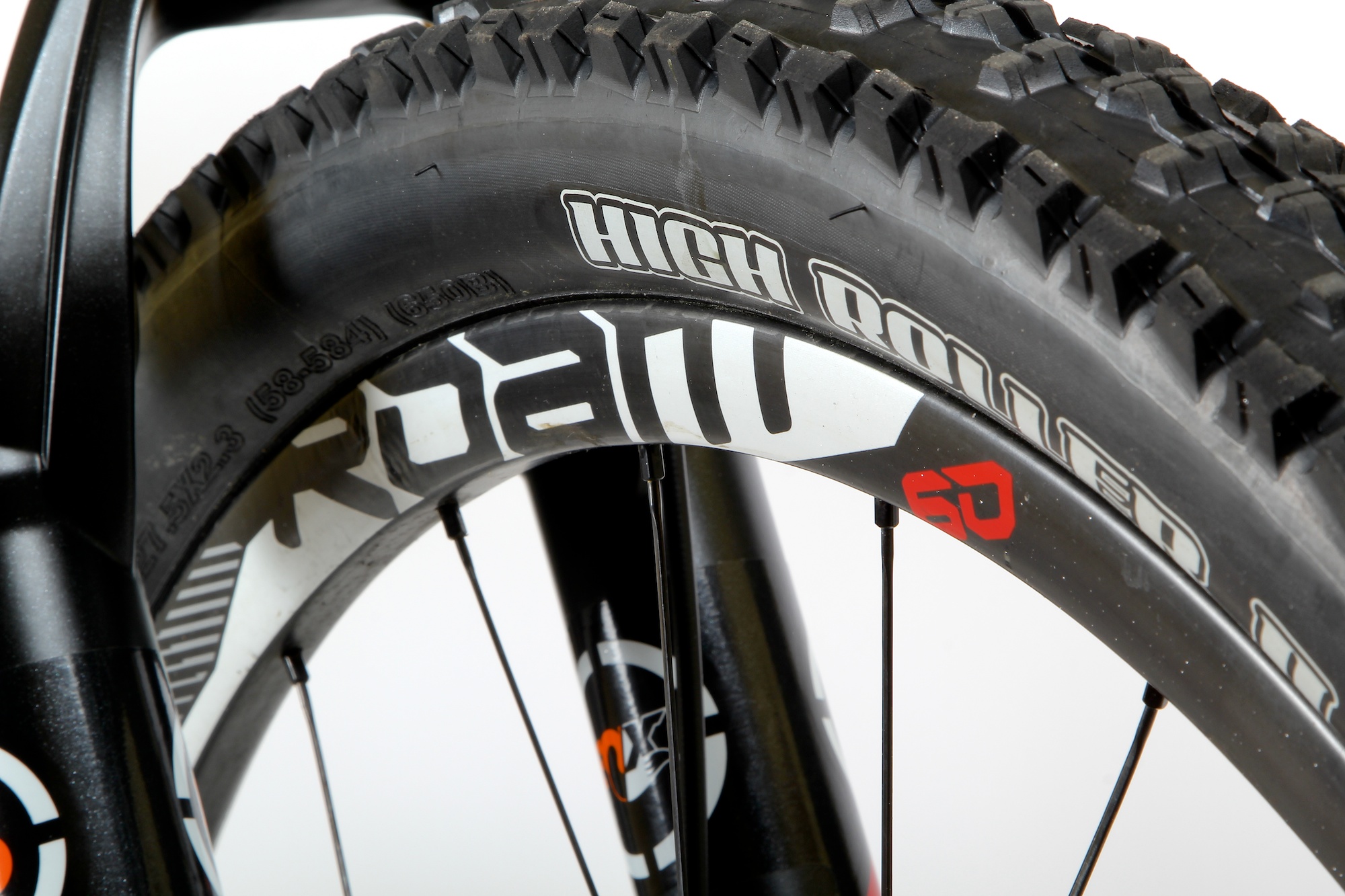 We’ll report back next month with a bit more information about how the Range rides, once we’ve had a chance to get it onto a wider variety of trails.