A couple of months ago we brought you our first impressions of Shimano's XT level Di2 groupset - take a look here - but getting our hands on a grouppo for long-term test took a while. There's understandably a lot of demand for this kit, which brings the price of Di2 shifting way down from the lofty heights of XTR.

What bike have you slung it on?

The bike that got the nod for this build is a Canyon Strive CF 8.9, which we got as a frame only and built up from there. We went for the burly Strive as we wanted something with some serious travel – the first place we’re taking this test bike is Finale Ligure in Italy, home to the last round of the EWS series, so a bike that could take the big hits was mandatory!

We’ve spent a lot of time on the CF 9.0 Race version of this bike, which you can read about here.

Does that have the Shape Shifter system?

Yes. In its long-travel mode, the Strive CF has 163mm travel out back, and 170mm up front. But Canyon’s Shapes Shifter geometry/suspension adjustment system allows you to totally flip the bike’s character on-the-fly to make it more climb friendly. Hit the button and the rear travel goes to 139mm, with less sag, higher bottom bracket and the geometry is steepened. It’s one of the features that makes this bike a bit of a favourite of ours, giving it more versatility than other big travel Enduro rigs.

A little complicated. The first time you build up a Di2 bike, you’ll want to make sure you’ve got a bit of time up your sleeve, especially if the bike isn’t designed for Di2 specifically (which the Strive is not).

Firstly, you need to decide where you’re going to stash the battery. Normally, you’d need to install it in the frame somewhere, but because we’re using the PRO Tharsis Trail bar and stem (read about it here) which lets you run the wiring all internally in the cockpit, we were able to install the battery in the fork steerer tube using Shimano’s neat expanding battery holder.

Because we opted for a 1×11 drivetrain too, we didn’t need to muck around with a separate junction box to wire up a front derailleur, meaning all the wiring junctions are up front at the display unit and easily accessed should any maintenance be needed.

The wiring with a 1×11 setup is minimal – one wire goes from the shifter to the display, a second wire runs from the battery to the display, and then one final long wire from the display to the rear derailleur. Running the wiring through the frame for the rear mech required a little bit of gentle modification, where we drilled out one of the gear cable ports to allow the wiring to pass through (shhh, don’t tell Canyon).

Have you customised the Di2 setup?

Not yet, but we will. One of the cool features of Di2 is that you can customise the shifting speed and controls to suit your preferences – previously this was something that had to be done with a PC, but Shimano now have a iOS app that connects to the Di2 via Bluetooth, making it a less arduous process!

What about the rest of the build?

FOX Factory suspension got the nod for this one, including the superb FOX 36 RC2 fork in a beefy 170mm version. We debated about putting a Float X2 rear shock into the bike, but decided the Float X with its three position compression control was the go.

The bike we’re taking to Finale Ligure is fitted out with a full XT groupset (including wheels, not the Wheelworks wheels seen in these pics), and PRO componentry – Tharsis carbon bars, a 45mm stem, and a Turnix saddle.

Reliable rubber is a must if you’re travelling, so we went for Maxxis Aggressors in the new Double Down casing, which are tougher than the usual EXO casings with about a 100g weight penalty. 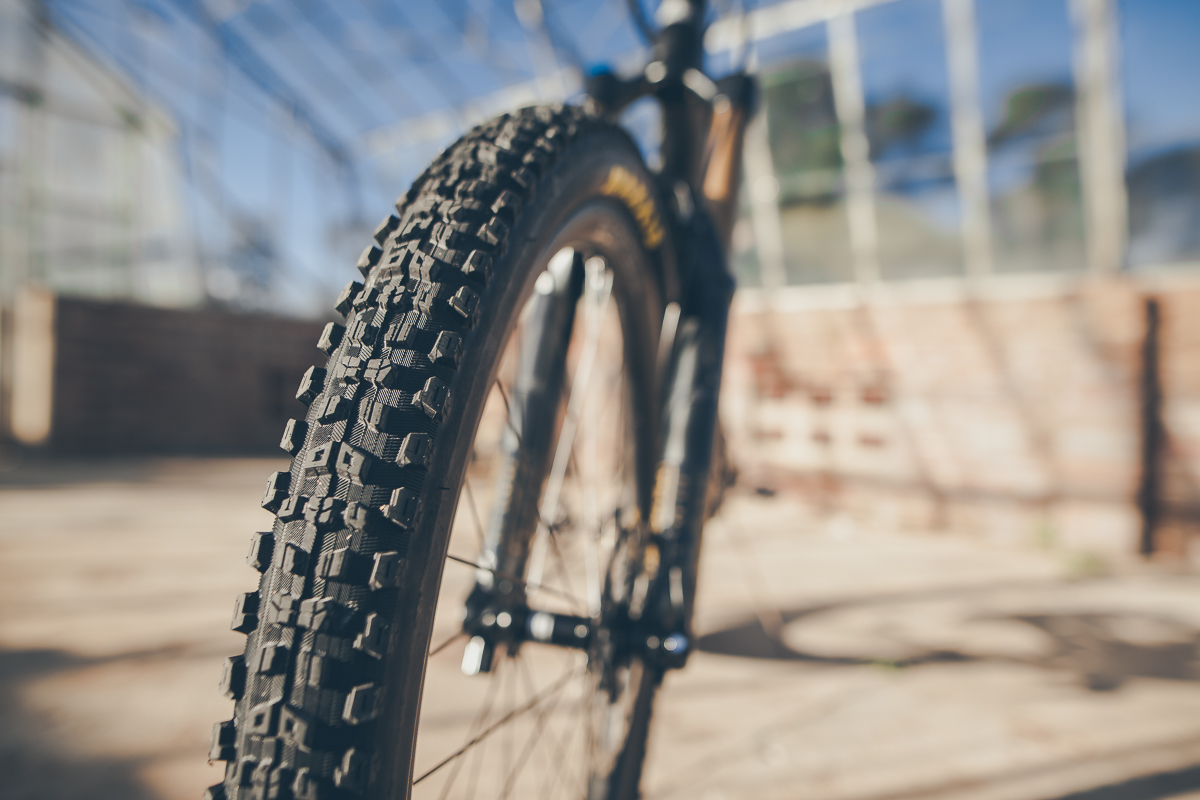 We’ll be bringing you a lot more on this bike in the coming weeks, with a full review on the performance of XT Di2. Now, it’s into a bike bag and onto the plane it goes! Next stop, Italy.