Literally two helmets in one.
Chin guard is light and simple to carry/affix.
Comfy and breathable in both configurations.

Chin guard sits quite close to your face.

The simple design, with a removable chin guard that attaches via three hinged clasps, has been embraced by Enduro racers and trail riders alike, giving riders two helmets in one. 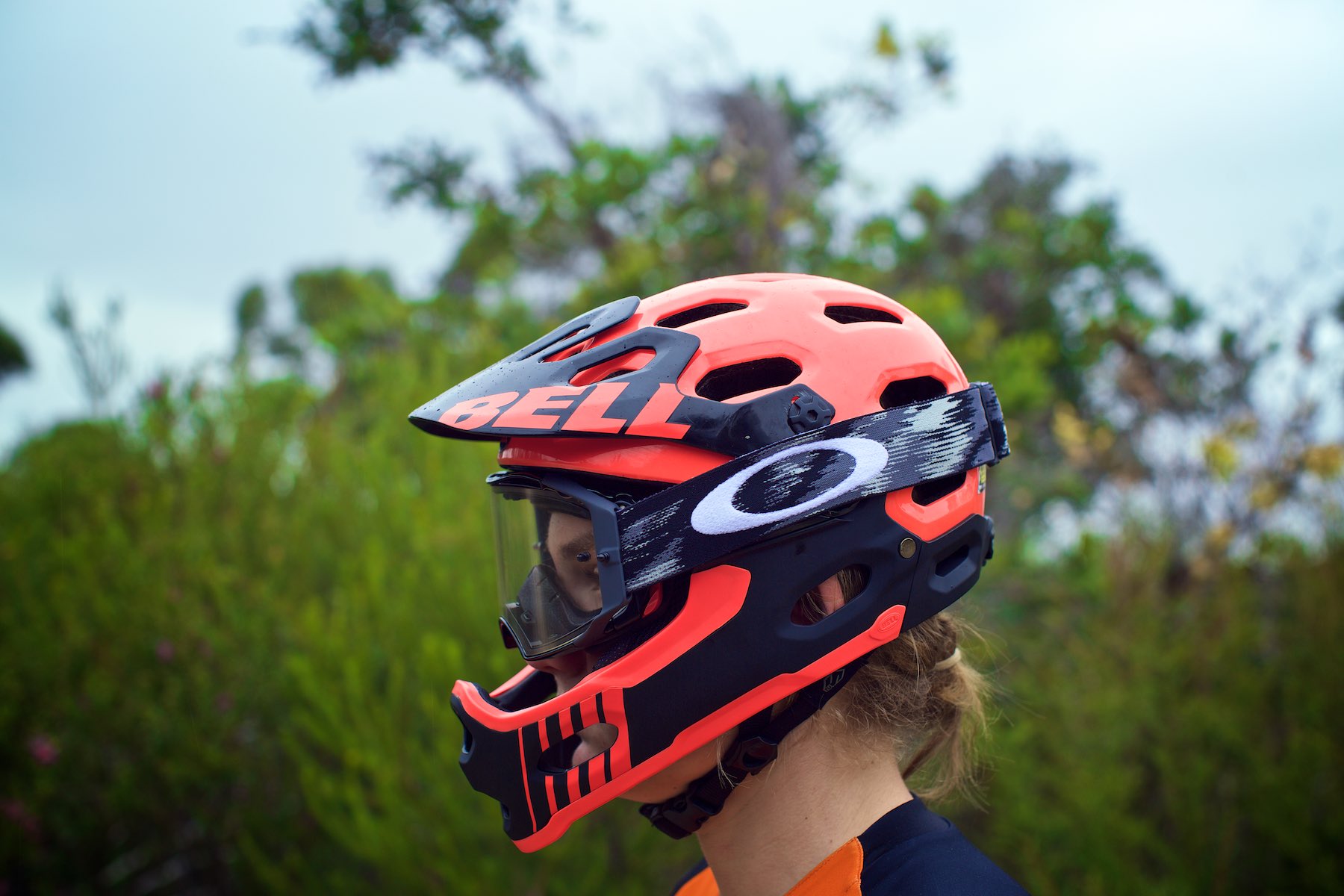 You’ve got the option either running it as an open-face, as a full-face, or carrying the chin guard with you in your pack so you can change it up mid-ride.

Without the chin guard, the Super 2R works like a normal Super.

The fit offers lots of protection down the back of your head, where traditional cross-country style helmets leave you more exposed.

With 23 vents plus four brow ports and a reasonable weight of 360g, it’s a comfy helmet on warmer days too. 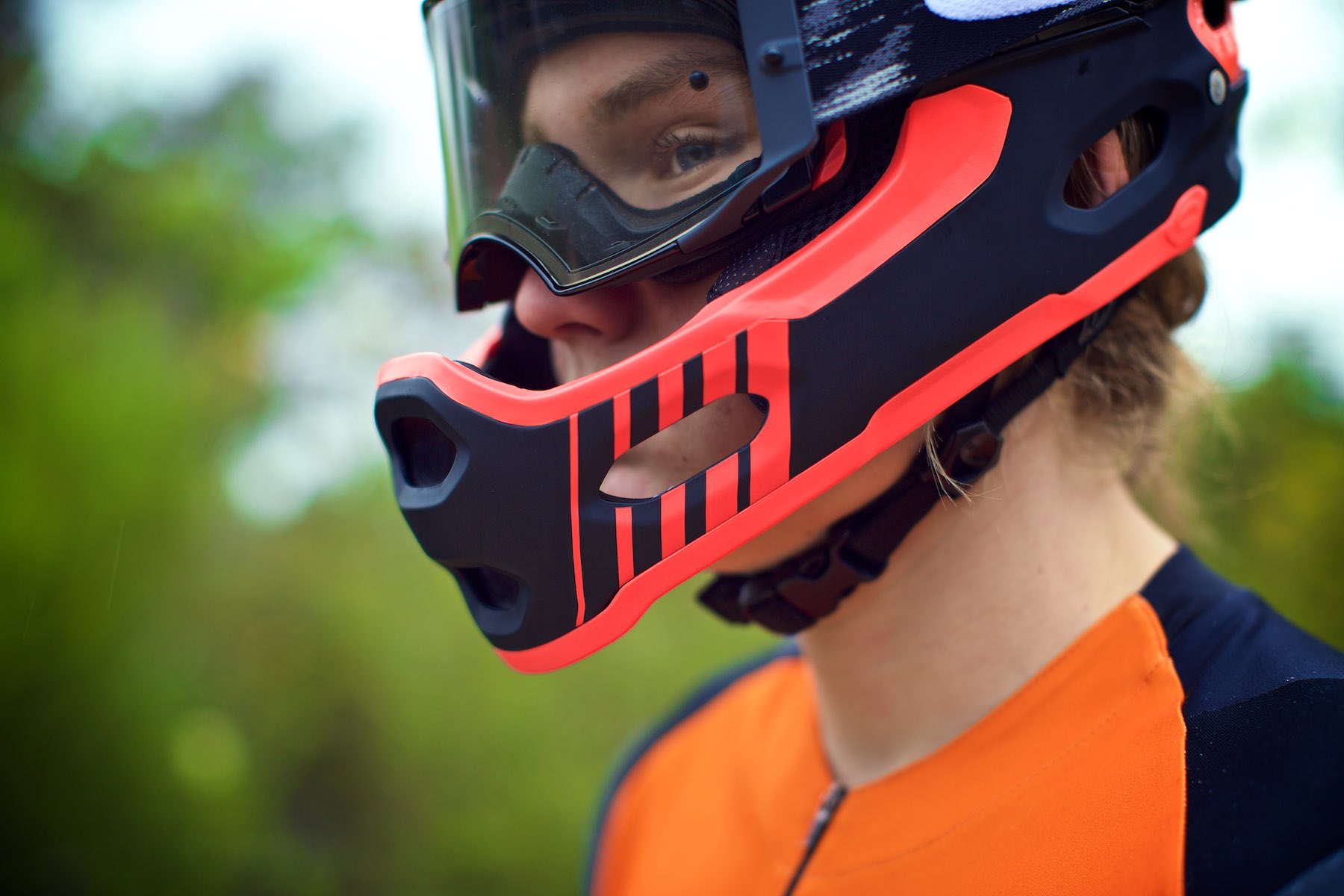 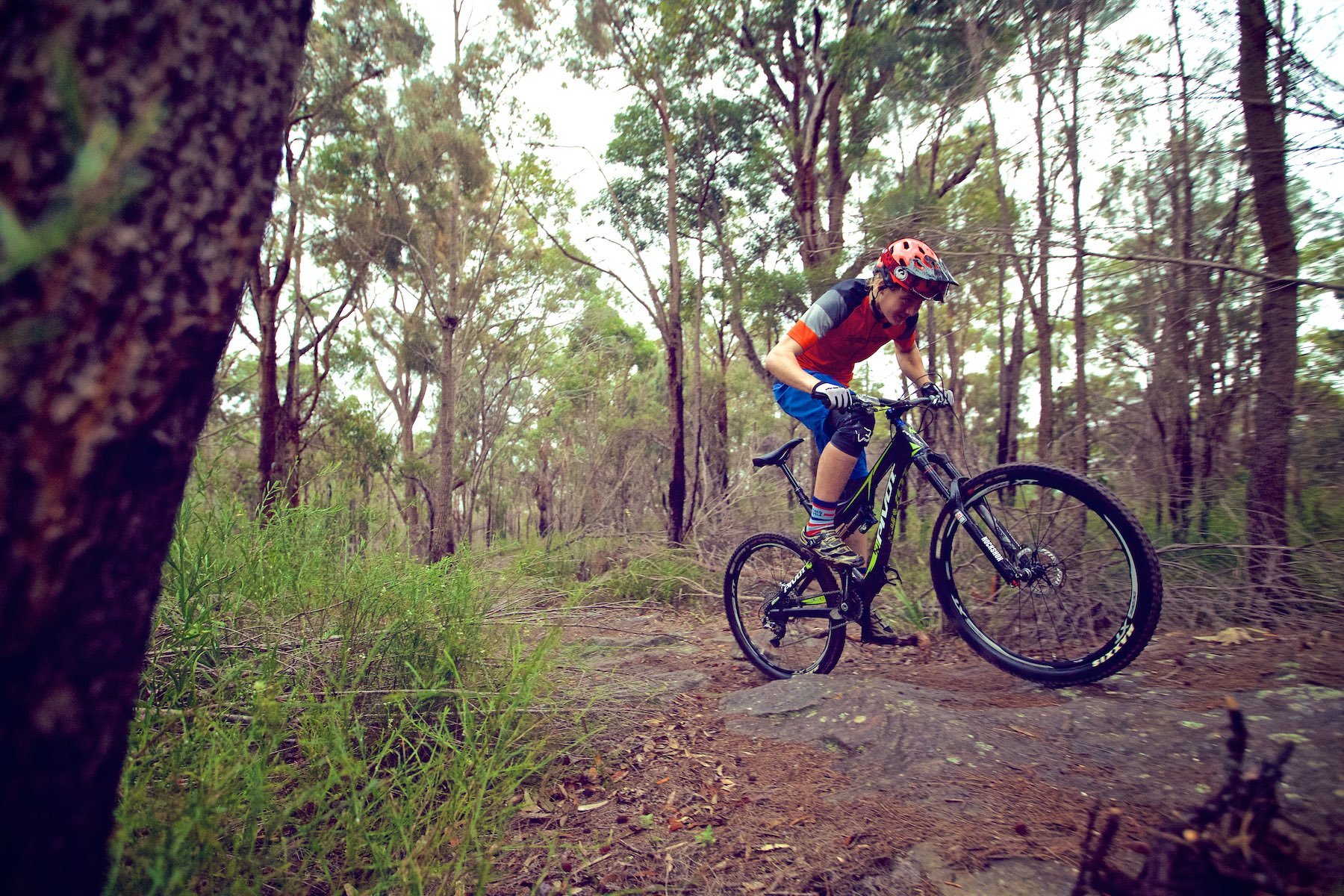 The chin guard has adjustable cheek pad thickness (via simple removable inserts) and we found it pretty comfortable overall. That being said, the chinguard does sit a little closer to your mouth than with either a traditional full-face or the MET Parachute that we tested recently. But unlike a traditional full-face, of course, you can whip the chin guard off for the climbs and restore all the breathing space you need. Even with the chin guard fitted, the helmet still weighs under 700g in a size medium, making it even lighter than the MET Parachute.

In terms of certifications, the Super 2R doesn’t attain the same levels of certification as Bell’s dedicated full-faces (or the MET Parachute). However, under MTBA rules it is certified for downhill competition use in MTBA sanctioned events in Australia under standard EN1078 / AU2063. That said, if we were racing downhill solely, we’d probably still opt for a meatier helmet. It’s worth noting too, that there is a MIPS version of this helmet available, for just a little more cash.

Attaching and removing the chin guard is completely tool-free, with three hinged clasps, that lock it into place. We’ve seen some riders attach their Super 2R guards in a couple of seconds, and while we’re not that speedy, the process is simple enough to do with your gloves on and without removing the helmet.

A few practice sessions on the couch and you’ll have it down! It doesn’t feel gimmicky or flimsy at all – the chin guard feels nice and robust, and the attachment is solid. It’s also light and small enough that carrying it around on a ride is actually viable. 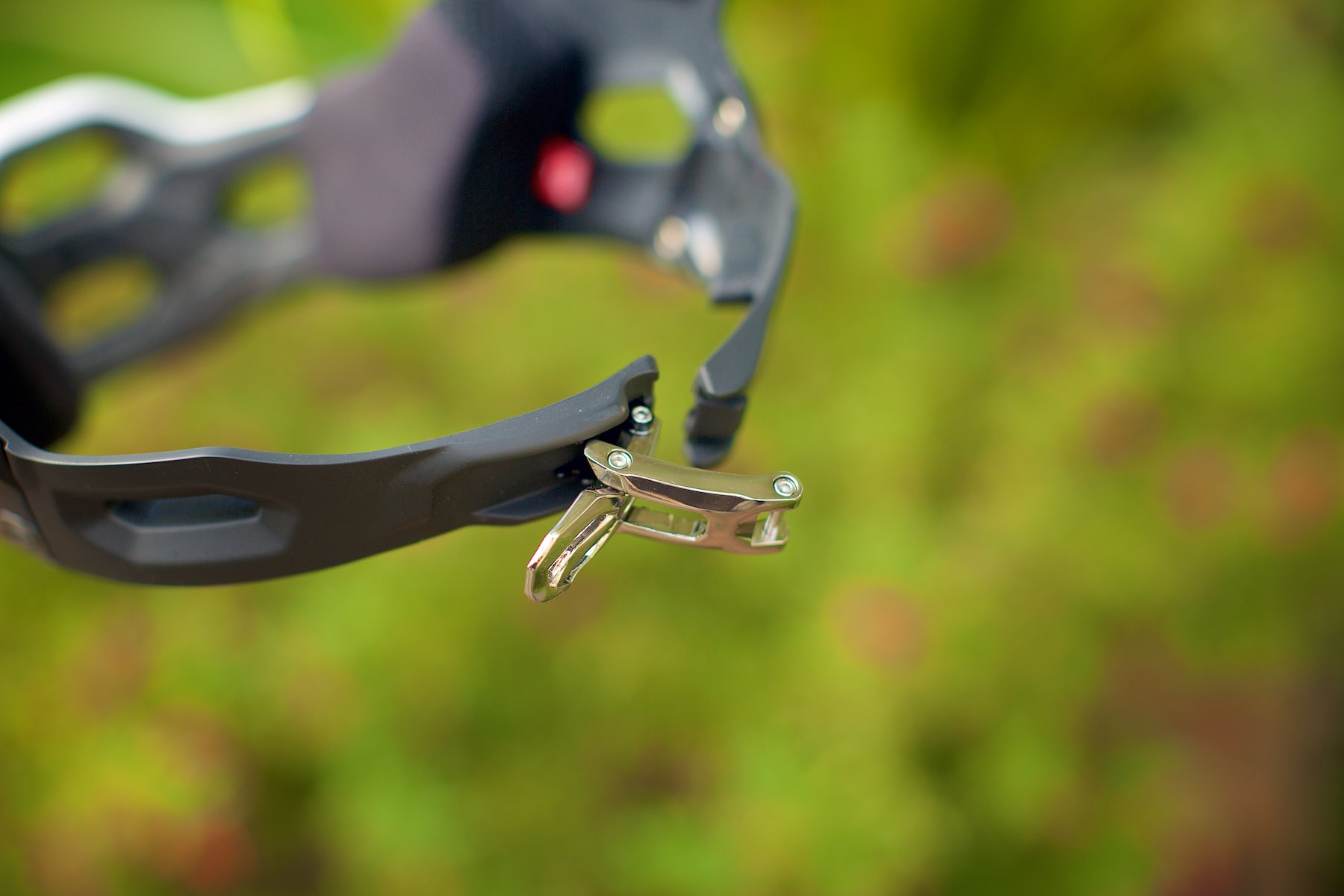 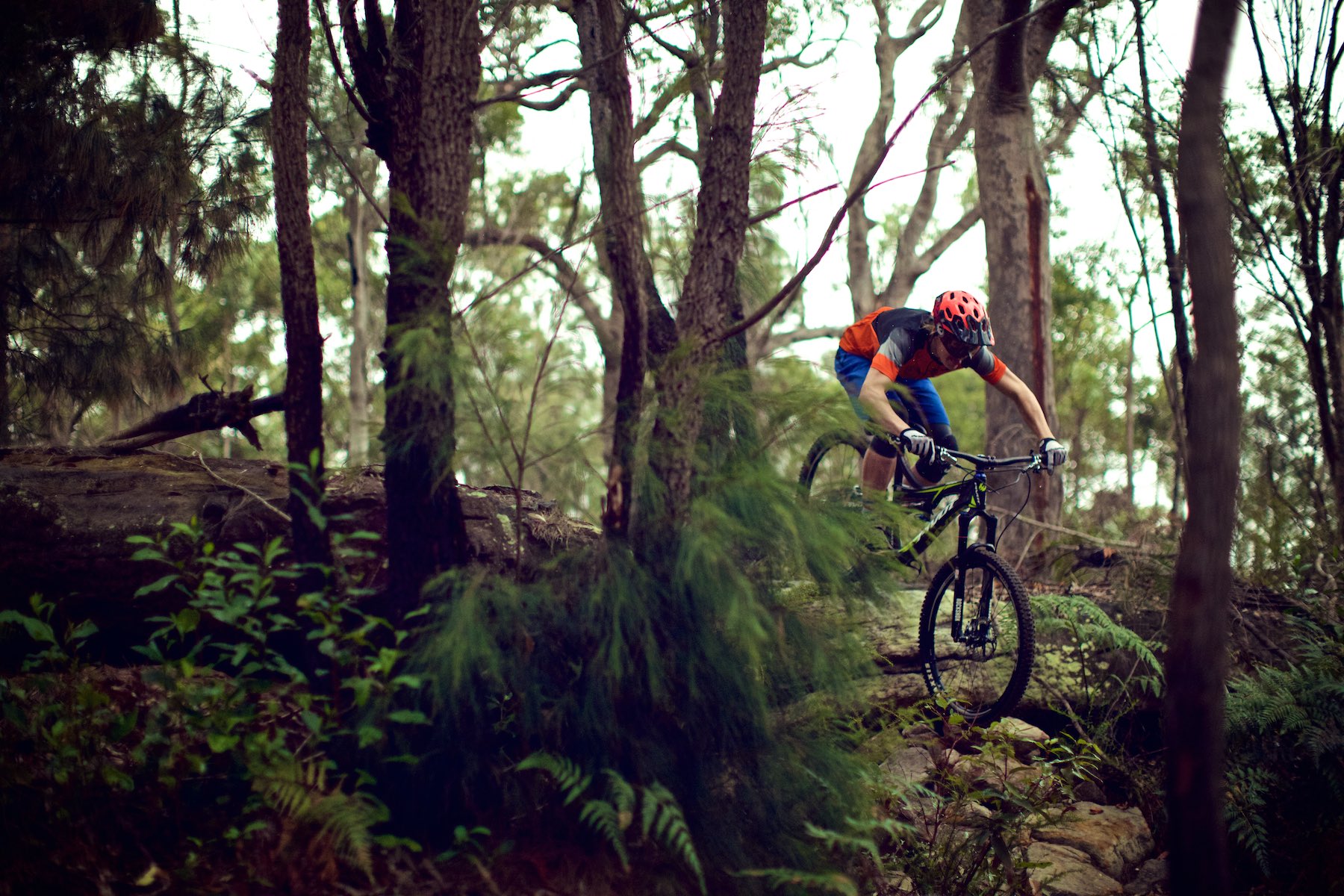 When climbing, or not using the chinguard, the chinguard can be tightened down nicely onto the back of a hydration pack through its ventilation holes. Compared to a half-face or full-face lid strapped onto your back, there’s a lot less bulk, reducing the chance of something getting snagged out on the trail. 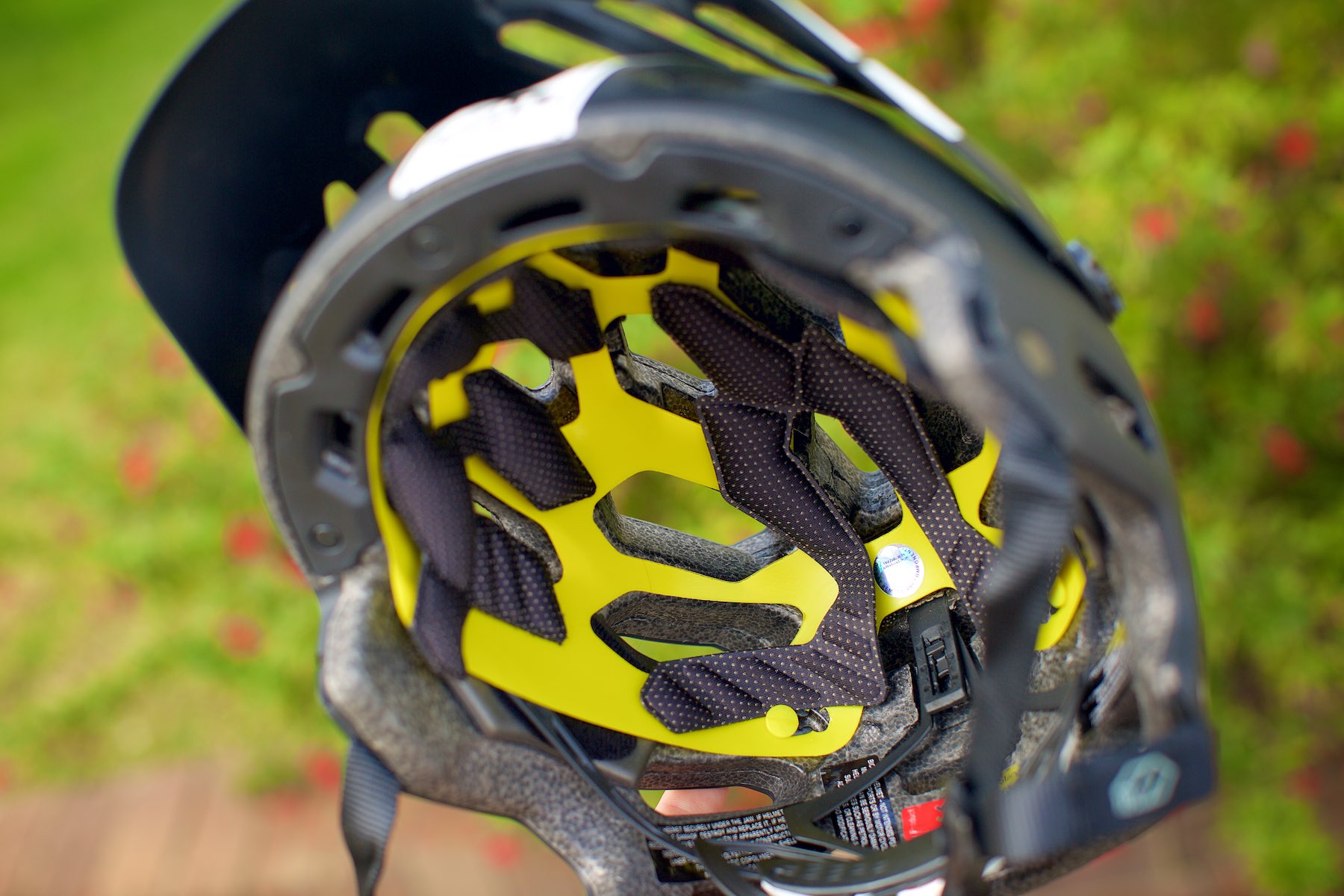 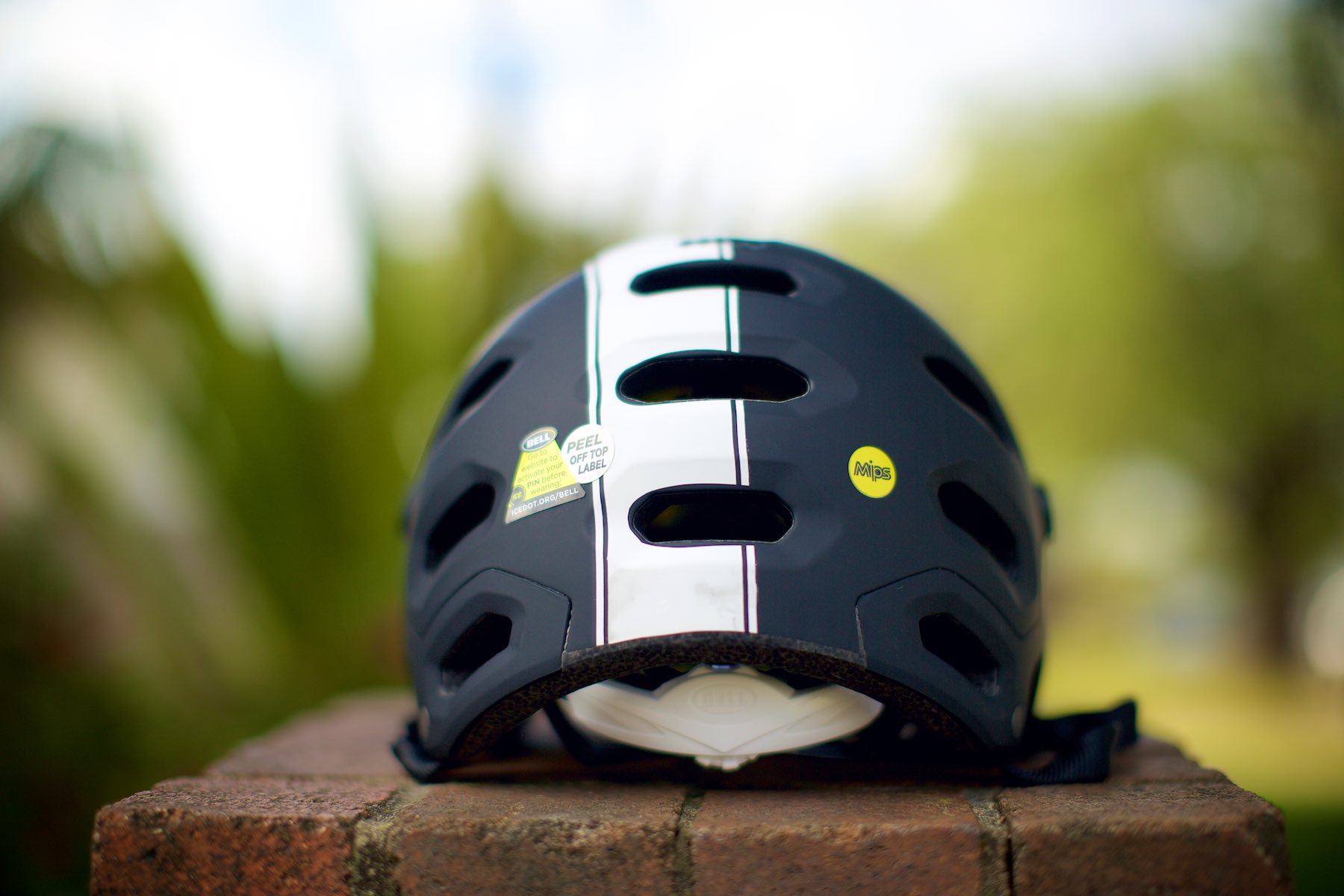 Overall, the Bell Super 2R is a worthy of consideration for a variety of riders, regardless of whether you’re a keen Enduro racer looking for that extra security on the descents, or just someone looking for more protection to ride more technical trails.

We wouldn’t go as far as to throw away our full-faces yet, but if you don’t do downhill runs or need/want that much protection, the Super 2R is sensational both in terms of performance and value for money.