Stable in the air, rails the corners, switches directions faster than a PUP senator and loves the rough stuff – no this isn’t an another all-mountain bike, it’s Norco’s 650b cross-country race rig. 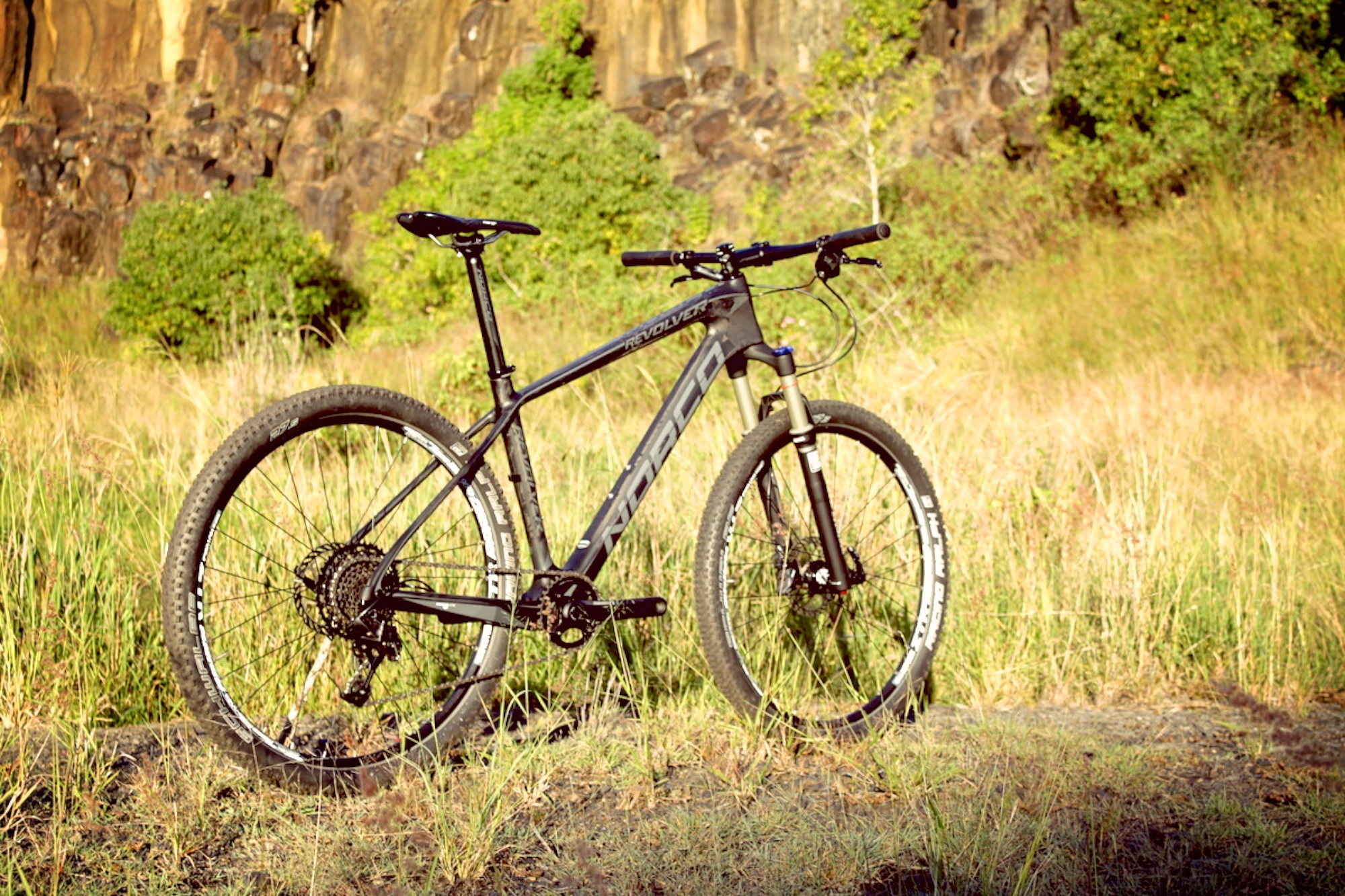 Clean and smooth are the two words of choice when describing the build of this bike. The frame lines, the colour and the decals all combine to maintain the understated but eye-catching theme.

The matte finish to the Norco is alluring, the subtly of the black and gray decals draws your eye to look closer at this bike. You notice straight away the lack of cabling on the frame, the brake hoses and gear cable (just one, this bike runs XO1) disappear at the head tube and reappear on the chainstays. The internal routing of the brake line left a few questions around serviceability hovering in the air, however when we spoke with Norco Australia they confirmed that the routing is guided within the frame making replacement straight forward.

The large head tube section of the frame is in distinct contrast with the thin seat stays; the head tube provides directional stiffness, while the seat stays are designed to flex, absorbing and smoothing out the small trail chatter.

Our first reaction was “Sweet XO1! Finally, a 1×11 setup on a bike that doesn’t cost $6,000!” We’re big fans of the 1×11 set-up and the XO1 setup on the Revolver only reinforced this. The XO1 comes with a 32-tooth chain ring (which we have previously swapped out to 34-tooth on other cross-country rigs), and we found the gearing range worked really well – we would only be considering swapping the size if the local trails required it. The Revolver came with the OEM-only aluminum XO1 cranks, super stiff, especially when combined with the PF30 bottom bracket.

Matching the race theme, the Revolver gets a Prologo Zero saddle and silicon grips, both of these are big favourites of ours here at Flow HQ. The silicon grips provide the rider with a direct connection with the bike and are super comfy even for our gloveless mitts. While a zero (i.e. flat) saddle may not be the first choice for most, it is one of the comfiest saddles we have come across yet.

The SRAM vibe continues with the anchors on the Revolver being Elixir 7 Trail brakes. While not the pick of the range the 7s did the job, though at times they did lack sheer stopping power. The Elixir 7 Trail brakes had the job of pulling up Schwalbe Racing Ralph treads on Stan’s ZTR Rapid rims laced to Kore Hubs. The wheels held up fine on the rocky test trails and race tracks we rode the Revolver on – we’d be interested to see how the wheels stand up to a full season.

The alloy bar, stem and seat post are to be expected on a bike in this price range, and they provide an opportunity to drop more weight. We were not overjoyed to see fairly basic RockShox Recon Gold fork on such a race-worthy rig. The absence of a remote lockout on a bike aimed for the XC racer was also noted.

This bike is extremely fun to ride, confident in the air and more than willing to follow you through a corner. While our experience with 650B hardtails has often been a nervous one, the Revolver was anything but, and felt right at home bombing through rock garden of death cookies. We found converting the bike to tubesless certainly helped with eliminating the trail chatter and this was made easy by the Stan’s ZTR Rapid rims.

Acceleration is the name of the game when it comes to winning cross country races, and the power transfer on board the Revolver is excellent. The chunky chain stays and big bottom bracket shell don’t give up an ounce of power, and the light weight wheels get moving on command.

Only the Recon fork holds the bike back. It feels like you either need to set the fork up for small bump performance or big hits – there’s no real middle ground. If you want good control over the little impacts, you need to accept the fact you’ll be bottoming out often. We preferred to run the fork a little harder, sacrificing sensitivity for support when we really pushed the bike.

The Revolver’s frame and groupset make a clear statement about this bike’s intention to inflict some pain (the good kind) on the race track. But it’s also a fun bike to ride, an element that’s often missing with cross-country race machines. We’d love to see a better fork (perhaps a SID) on the Revolver to match the rest of the bike’s abilities. 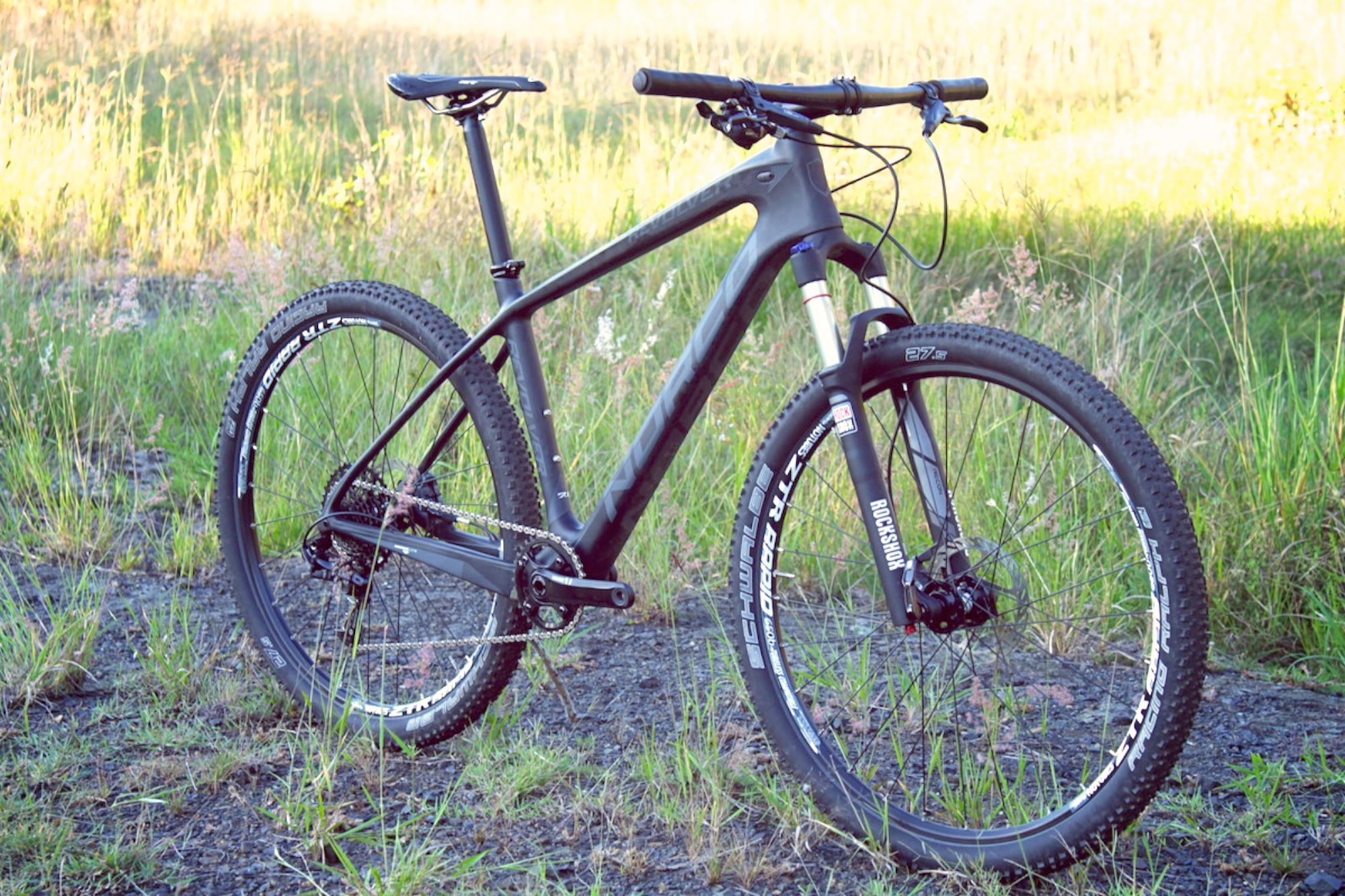 We’re still undecided overall about whether we prefer a 650B or a 29er for our serious cross-country racing too. We still love the way a 29er eats up the bumps, but we’re certainly stoked with the flickability, fun and acceleration of this wheel size. Maybe this rig could win over some of the 29er diehards, including us.