Value for money. With the Australian federal budget handed down this week, people are paying more attention to their hip pocket than usual, so it's an apt time to review a bike that represents absolutely cracking bang for your buck! Introducing the Reid Solo 360 27.5", the first 'serious' mountain bike offering from this Australian brand, better known for their super affordable city and urban bikes.

Bar is too narrow.
Would love to see a clutch derailleur on there!

We’re beginning to see a real shift in how we understand value-for-money in the bike industry. For the last couple of years we’ve witnessed the prices of bikes begin to creep up, driven by the falling Australian dollar and rising material costs. At the same time, these prices rises have been made even more stark by the proliferation of direct-to-the-consumer brands in Australia (such as Reid, Cell, Polygon, Canyon and YT), most of whom have seen less dramatic price increases than their traditional retail counterparts. So on one hand, traditional retail offerings have become more expensive, and on the other, there are now more ‘direct’ brands than ever offering pricing that is relatively cheaper. Interesting times indeed! 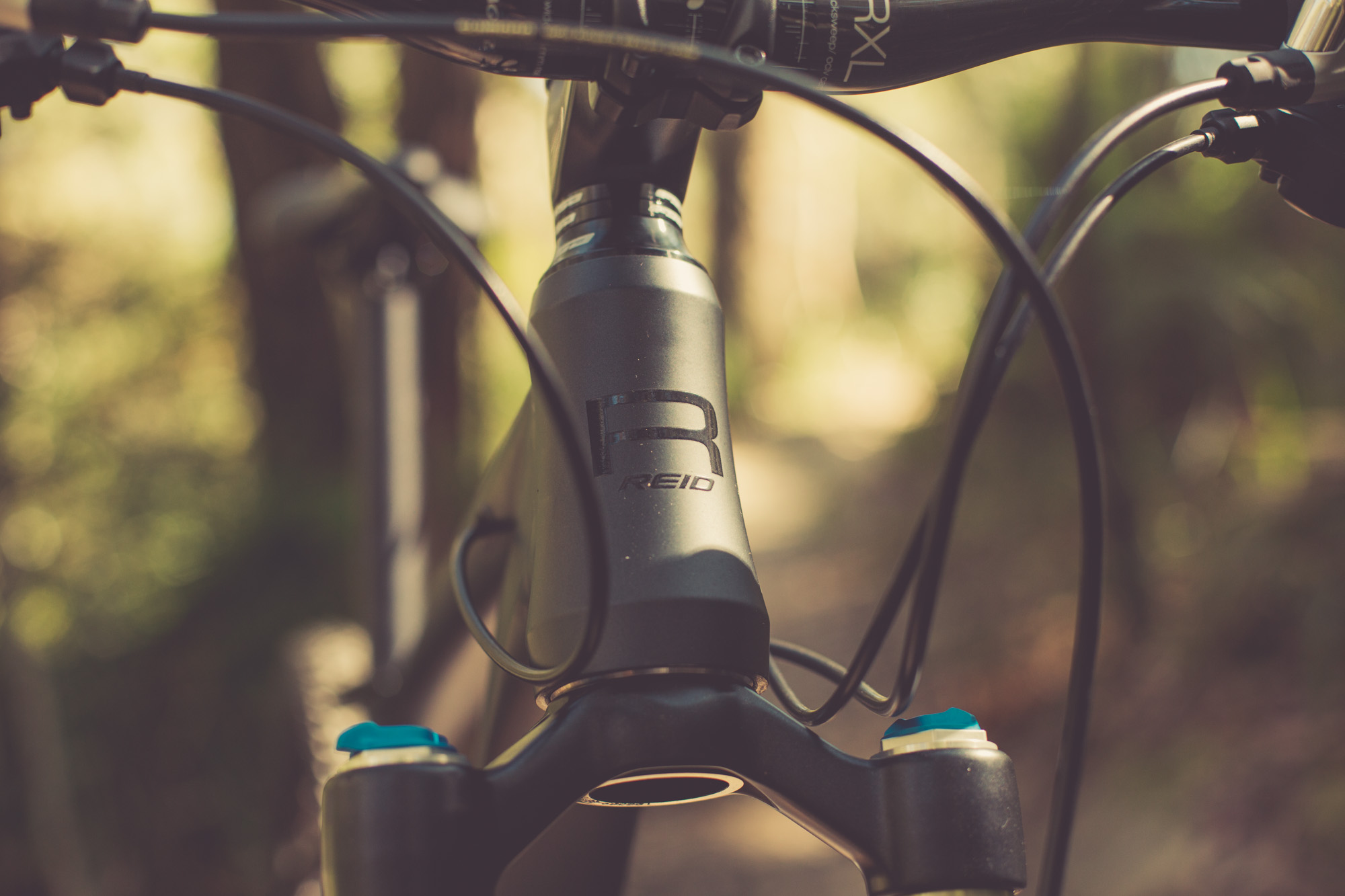 Industry analysis aside, we’re very impressed by what Reid have served up with the Solo 360. Sound geometry coupled with attractive construction, all complimented by the performance of its great components, make it a bike you must consider if you’re looking for a good hardtail without spending a fortune.
The triple-butted alloy frame is sleek, with its understated gloss on matte black graphics, it hits all the right chords with us. If a bike doesn’t have the instant name recognition of a more established brand, then looking good is important, and the Reid ticks this box. It’s clearly a pretty light frameset, with the whole bike weighing in at 12.05kg, and the smooth finish of the tube junctions is what you’d expect at a much higher price point.


The clean lines are enhanced by the internal cable routing. We did experience some cable rattle though, which made the bike a bit noisy when it got rough. (You can alleviate this by jamming some light foam rubber into the frame – sounds hokey, but it works.) You only get one water bottle mount, which is unusual on a hardtail, but it’s only an issue on longer rides when you might want to take a pack instead.
Quality components set this bike apart from most at this price. With the exception of the handlebar (which is too narrow for our tastes) this bike is equipped for serious riding and all the components are solid choices.

The FOX fork is the standout item – it’s rare to see a fork of this quality at this price. With the FIT 4 damper, the 100mm-travel Float 32 offers plenty of grip and control. It’s sensitive for the little stuff, progressive for the big hits, and it’s a simple fork to tune and understand. The three-position compression adjustment makes sense to the less technically inclined rider, and so it’s a real set-and-forget item. 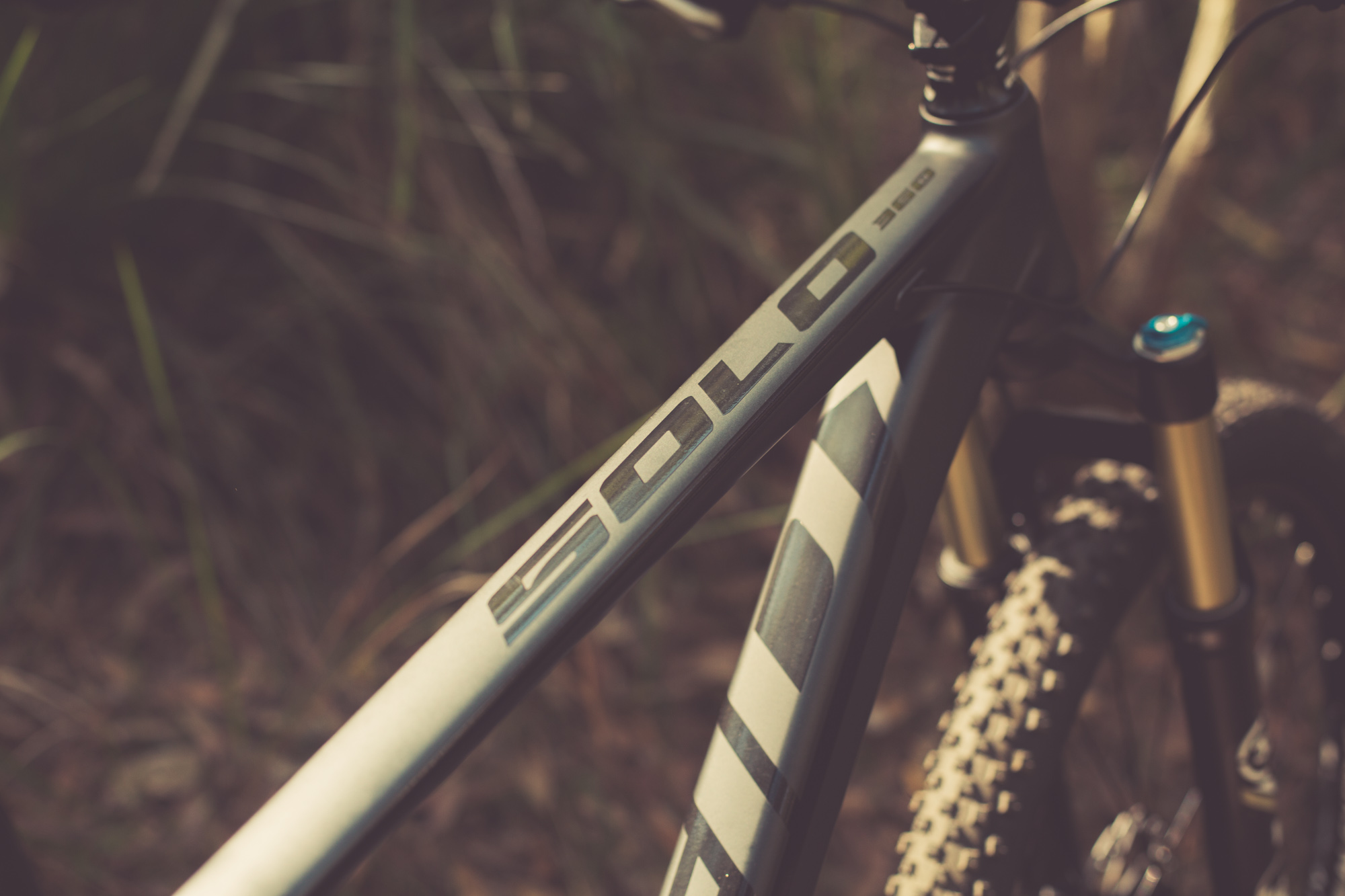 Shimano’s XT brakes and drivetrain need no introduction. The control and power of the brakes are real confidence boosters, and the crisp and reliable XT shifting is hard to fault. Reid have saved a few dollars and specced a derailleur without a clutch mechanism; we understand the importance of hitting a price point, but we’d love to see a clutch derailleur on this bike, just to add some chain security and make it all a bit quieter on the trail. Still, we didn’t drop a chain or miss a shift once during our testing. The gearing range with twin chain rings and an 11-34 cassette is more than adequate, especially if you think you might use the bike for the occasional commute too.


We opted to pop on a wider handlebar for our testing – 660mm was too narrow for us, and with a 720mm bar fitted the bike immediately felt more confident and the riding position was stronger. We’d suggest you do the same if you buy this bike, as it’s definitely capable of some fast and aggressive riding, and the wider bar makes it all the more stable.
Even though we didn’t opt to convert this bike to tubeless, we still found there was plenty of grip on offer with the Continental X-King tyres, and they’re a fast rolling set of treads too. Reid have paid attention to the smaller details too; good lock-on grips, a twin-bolt seat post, a stiff and secure four-bolt stem… it’s all really good stuff, and shows that they’ve considered every item from a serious mountain biking standpoint.


Geometry wise, Reid haven’t taken any risks, picking frame numbers that are playful and agile, but not nervous. The 69-degree head angle is a good balance between confidence and speedy steering, and once we’d swapped the bar, we found that the relatively short stem, good tyres and excellent brakes gave us all the confidence we needed to tackle steeper descents. On the climbs, the 430mm stays are short enough to keep plenty of weight in the rear tyre too, so you’ve got good grip when you put down the power.
Reid definitely surprised us here, and the Solo is the kind of bike that’ll open up a whole new world of riding to a lot of fresh mountain bikers. It forms an awesome platform for progressing your riding and it’s the kind of machine that you can upgrade and tweak to suit your style and trails. Upgrades like going tubeless, adding a clutch derailleur, maybe a dropper seat post, are all worthy considerations down the line, and the bike is definitely good enough to justify these investments in time. 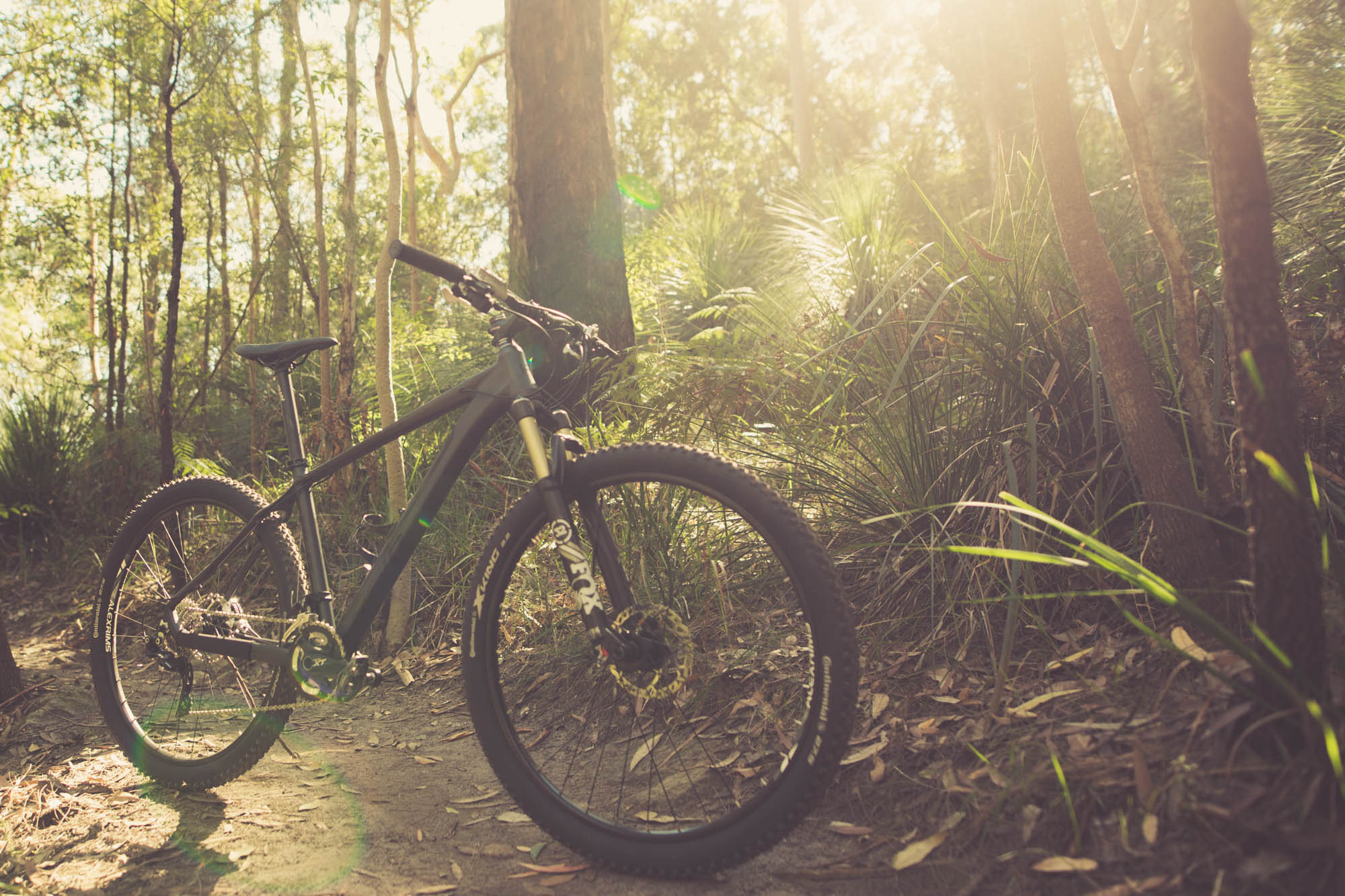 The Solo 360 mightn’t offer the same cred as some of the brands that have traditionally played in the mountain bike world, but none of that matters when you hit the trail – it’s a good-looking, great handling, superb value machine that’ll leave you with plenty of coin in your pockets to spend on all the other mountain bike essentials.