Quantity of fun had

Scott have thrown their big bones behind the 650B wheel size with the introduction of their long-travel all-mountain/enduro bike, the Genius LT.

Last year, the original Genius – the bike that for years has pushed the boundaries of adjustable, adaptable and lightweight long travel – added 650B and 29″ wheels to the line. Now it is the 170mm Genius LT (long travel) that gets a serious makeover. From the ground up this is a whole new type of Genius.

Flow attended the 2014 Scott media launch, and took the new Genius LT up into the Swiss Alps above Gstaad!

Note: The Genius LT will be available in Australia as a special order only, the lesser travel Scott Genius (non-LT) model will on Scott dealer showroom floors to touch and feel. 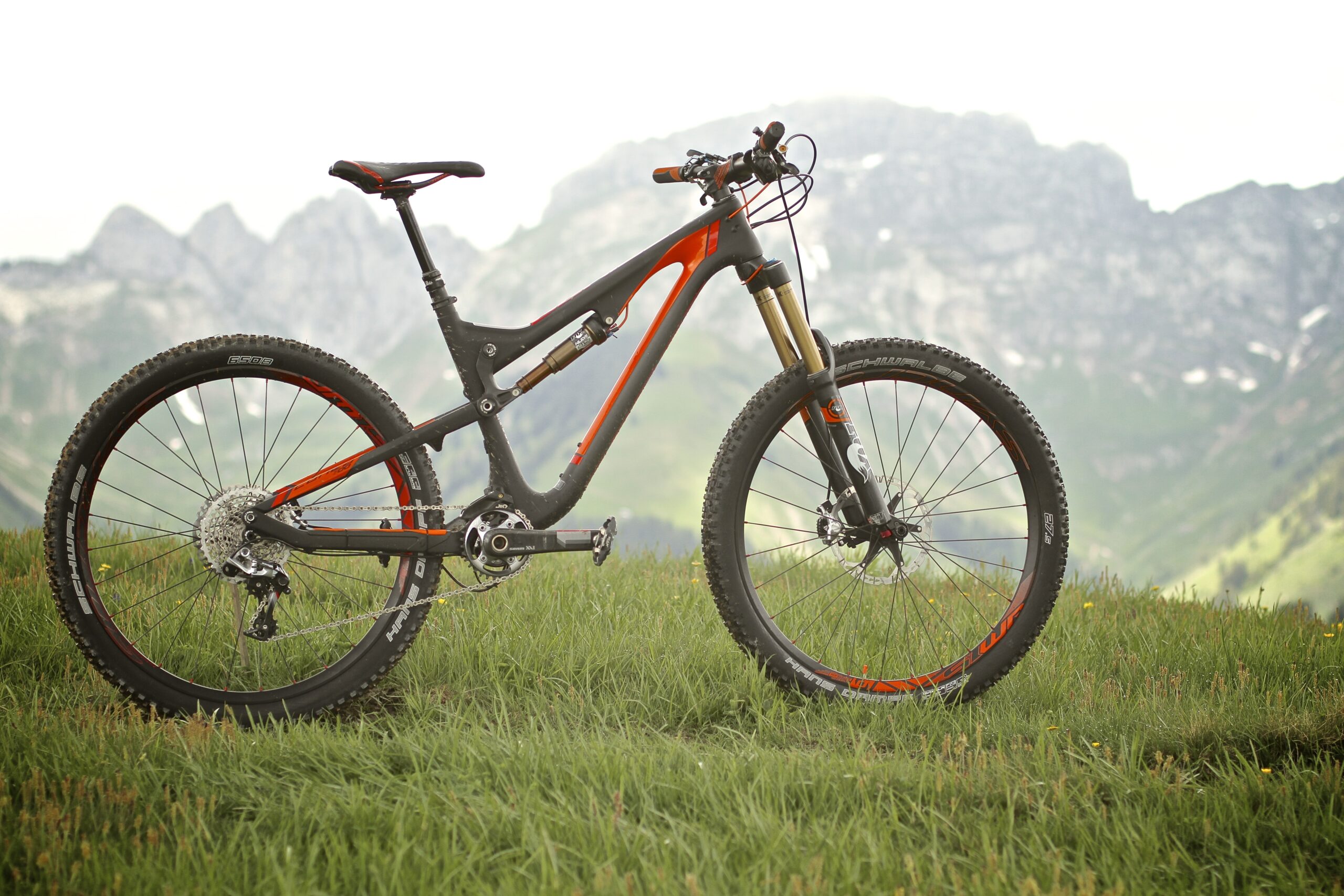 With a full reconstruction comes the ability to start fresh and implement elements of frame design that have proved successful in other models in the lineup. In this case, Scott have brought the Spark, Genius and Genius LT together and there are many shared construction features and styling. It may not look that unique from a distance, but it is, each and every bit. 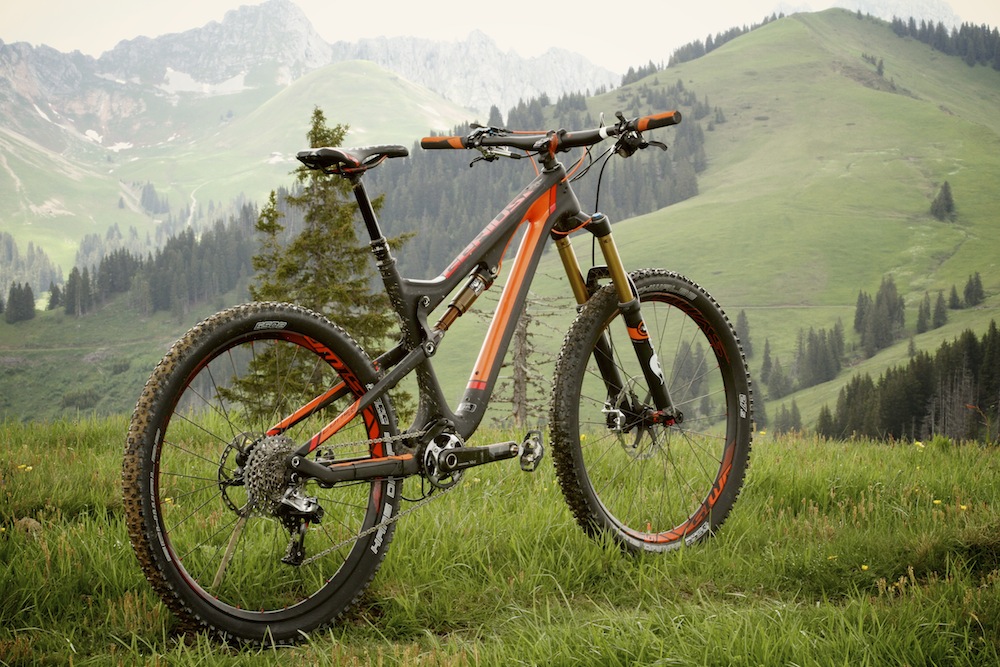 Scott know a thing or two about manufacturing carbon, just take a look at their massive range of carbon mountain bikes, road bikes and triathlon bikes. In our dealings with the brand over the years, we’ve found them to be regulars in the realm of the ‘lightest available’ club, with a refreshing European flair and colourful style that makes them distinctively Scott.

The Genius is available in two carbon material variants, HMX and HMP. The Genius LT 700 Tuned we rode was built out of the premium HMX stuff.

What really surprised us was the move from long time partner DT Swiss to FOX for the rear shock, whilst still retaining the system that makes a Genius such a genius; the Twinloc suspension system. Twinloc allows you to control the rear travel quantity and compression lockout via one very nifty thumb lever. The three modes – Climb, Traction Control, and Descend – don’t just change the compression damping, but also the travel, between 170mm and 135mm travel.

Gone is the DT Swiss ‘pull shock’ arrangement. We always found it fine, but it did always raise a little concern in our mind with such a proprietary system – service and back-up can be tricky with non-standard parts. Thankfully all the serviceable parts that the new FOX NUDE shock uses are standard, so any FOX service centre or dealer can help with maintenance and upkeep.

With limited time to ride the Genius LT, and sadly not really the type of terrain suitable to push the limits of such a capable bike, Flow set out to find what makes the Genius LT so smart on the lush slopes of the disgustingly lovely Swiss alps.

Instantly the cockpit with its roomy 600mm top tube (medium frame size) and natural ergonomics struck us as being spot on for size, and very comfortable. The low overall weight – especially in the wheels despite the mega meaty Schwalbe Hans Dampf tyres -made spinning along the road to the trails easier than it should be on a bike of this size.

We could flick the TwinLoc lever to firm up the fork and shock simultaneously, and presto we were flying along like were on hardtail with huge tyres. If you’re the type of rider that commutes to the trails, the easy toggling between suspension modes is really going to win you over. Sure, most bikes have compression adjustment but having it right next to your thumb makes for the easiest and fastest action ever, and hence you end up using it quite frequently to great effect.

One particularly memorable moment about our media test ride session was following Mr Nino Shurter, the current Cross Country World Champion, as he led us down a wildly steep and fast slope littered with cattle tracks (and cattle shit), criss-crossing wet grass, and dodging large holes. We were able to let the brakes off and hurtle down after him  – which was really quite a dangerous concept – but the stability and composed confidence that we found when things got hairy was really impressive. Heavy impacts became curiously manageable and chucking the bike sideways into a turn cleared any doubts in our mind that 650B bikes don’t have more traction than 26″ ones.

The Genius doesn’t descend like a super long, slack and low downhill bike like some 170mm travel bikes do, rather it relies on very balanced and active suspension to keep body and bike from losing control. There is a great balance of geometry traits for uphill comfort, tricky and steep ascending capabilities and a playful descending character.

This bike would most certainly be a great choice for a rider looking to tackle some of the emerging gravity enduro events that are growing in size on our events calendars. Luckily too there are a few models available in more attainable price points, this Genius LT 700 Tuned is near to $9000, but you can’t argue where the dollars are spent with such a killer spec and beautifully finished and lightweight frame. This is one super premium bike, holy moly. 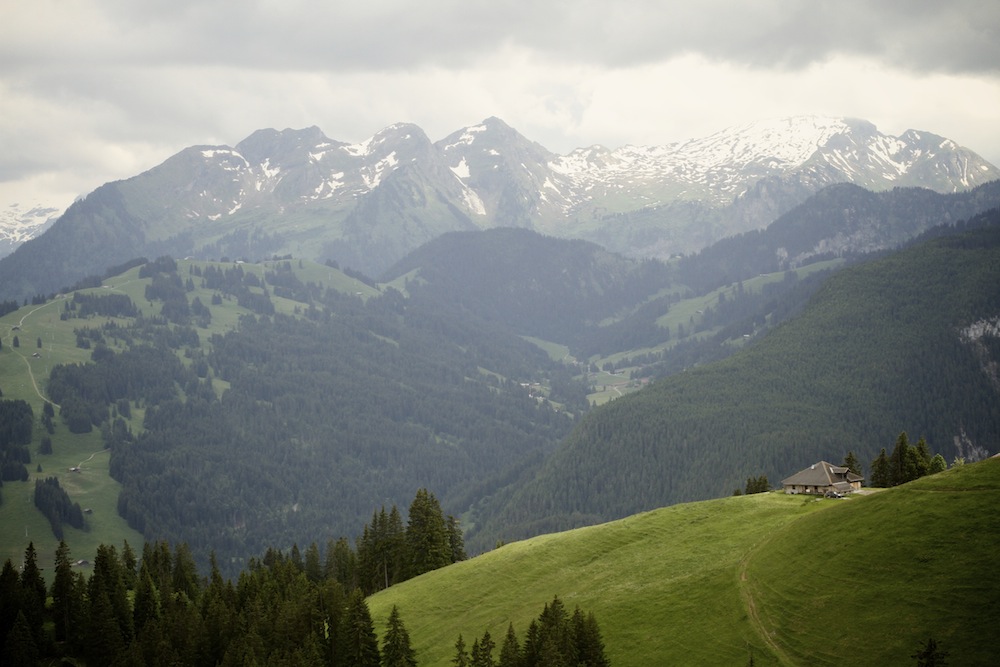 We were fans of the Genius many years ago, for its adaptability and versatility that sets it apart from the others. For 2014 the Genius LT scores the in-between wheel size, boosting its traction greatness and rolling goodness. And with a FOX shock pulling it all together, it has jumped up another level in suppleness and balance.

The SCOTT Genius LT 700 Tuned is the ultimate Enduro machine. The Tuned version boasts a super light HMX Carbon Fiber Frame. With a custom FOX Nude shock with Boost Valve, a custom 170mm FOX 34 fork, our Patented TwinLoc technology, in combination with traction control, allowing for three travel/geometry settings and SRAM XO1, this bike is ready to tame all mountains.