The first thought that came to our minds when Trek developed the IsoSpeed decoupler system for their Domane road bike was that it would suit a mountain bike perfectly. And hey-presto, the Procaliber was born. Taking the sting out of the trail without the associated weight from suspension parts is certainly no new concept, but they way Trek have done it sure is.

Just a gimmick, marketing waffle or does it live up to the hype?

IsoSpeed is successful in taking the sting out of the trail when seated.
Stunning frame construction.
Lightweight parts.

Not to be confused as a suspension bike, it's still a hardtail.

The Procaliber 9.8 SL comes from a three-tiered lineup of carbon hardtails, Trek’s premium cross country race bike. Used by the Trek Factory team including Aussie champs Bec Henderson and Dan McConnell this frame has been widely accepted in the racing community.

The Procaliber uses Trek’s Smart Wheel Size arrangement, meaning the small 15.5″ frames use 27.5″ wheels and 17.5″ and upwards use 29″ wheels.  It’s a Boost compatible bike with front and rear hubs using the new standard width, and keeping in theme with Trek 29ers this one also uses the custom fork offset and tweaked geometry they call G2. So there’s a fair bit of new technology going on here.

IsoSpeed was initially introduced in the Domane road bike followed by their Boone cyclocross bike, and is already onto its second configuration in the latest Domane. It essentially uses a bushing and axle arrangement at the junction of the seat tube and top tube to allow the seat post to bend backwards independently from the top tube, adding comfort when seated. The top tube and down tube are completely seperate parts, joined by the decoupler unit.

The Procaliber SL frame weighs 1012g around 100g heavier than the outgoing Superfly SL. While that figure makes it notably heavier than some of the competition, especially since Scott recently blew up the segment with their crazy light new Scale RC SL hardtail frame.

The Procaliber also scores the new internal cable housing system dubbed ‘Control Freak’. It’s Di2 compatible if you’ve got the good stuff, and a large port under the down tube means you’ll able to access and tie the internal cables together inside the frame to reduce unwanted rattling.

Supplied with the Procailber is an assortment of cable port plug shapes to swap out depending on the arrangement you’re using, whether it be double ring, dropper post, Shimano Di2 or any other combination it will support the configuration neatly.

Aside from being impressively colour matched, the parts on the 9.8 SL model are well suited to the task of smashing lap times at the race track or munching miles on marathon epic rides.

Suspension: Up front the Boost spacing gives the RockShox SID an even wider set crown, pushing the legs further apart. Taking little time to get used to the wide fork, we relished the added security it gives, with only 100mm of travel the front end still feels very secure. It uses a 51mm crown offset too (readily available), a critical part of Trek’s G2 geometry concept for great handling 29ers. So take that into consideration if a fork upgrade is on the horizon.

Drivetrain: The 9.8 SL uses a full SRAM drivetrain with Shimano brakes, mixing brands this way is common sight in many of the big bike companies motivated by dealers and consumers to find the most reliable and best performance regardless of brand. The SRAM 11-speed drivetrain was flawless as usual during our testing, and also gives the Procaliber a very clean and un-cluttered appearance with no front derailleur. The 32 tooth chainring strikes a good balance between high and low range gears, we found it to be just the right size.

While performance is excellent there is weight to be saved in future upgrades with the pinned X1 cassette and aluminium cranks, keep that in mind come Christmas or birthday shopping times, there’s always something you can buy, right?

Braking: The Shimano XT brakes are undisputed favourites at Flow, the power and control under one finger is outstanding and the light wheels take little effort to pull up from speed. The mis-matched shifters and brake levers do give up the advantage of combining them with one handlebar clamp though, and add the remote fork lockout lever in the mix and there is a bit going on up a the bars.

Carbon cockpit: Our test bike came with a very nice carbon bar and seatpost from Bontrager, different to the spec listed on the Trek website, we were told things like that happen through the year. The carbon components from Bontrager are always nice, leaving less room for tempting upgrades down the track.

Tyres: Bontrager tyres are now some of the highest regarded treads around, we’re massive fans of their trail and enduro tyres. Their considered tread patterns, tacky compounds and tubeless compatibility makes them a sure bet. The XR1 Team Issue tyres are as good as it gets if racing is your thing, on dry and fast trails they provide great friction to the surfaces and the low profile block-shaped tread with a slight angle give them serious rolling speed. But don’t expect much from them on looser or damper surfaces, these guys are for experienced racers only! Perhaps keep a set of the Bontrager XR2 tyres on hand if the surfaces become more challenging.

We hear it all at Flow, the percentile gains from all possible features under the sun, mountain biking is loaded with marketing talk to give a brand or bike a point of difference for the consumer. To be frank when we first saw IsoSpeed there was plenty of doubt in our minds, sure it may work but is it worth the cost, weight, complications etc? 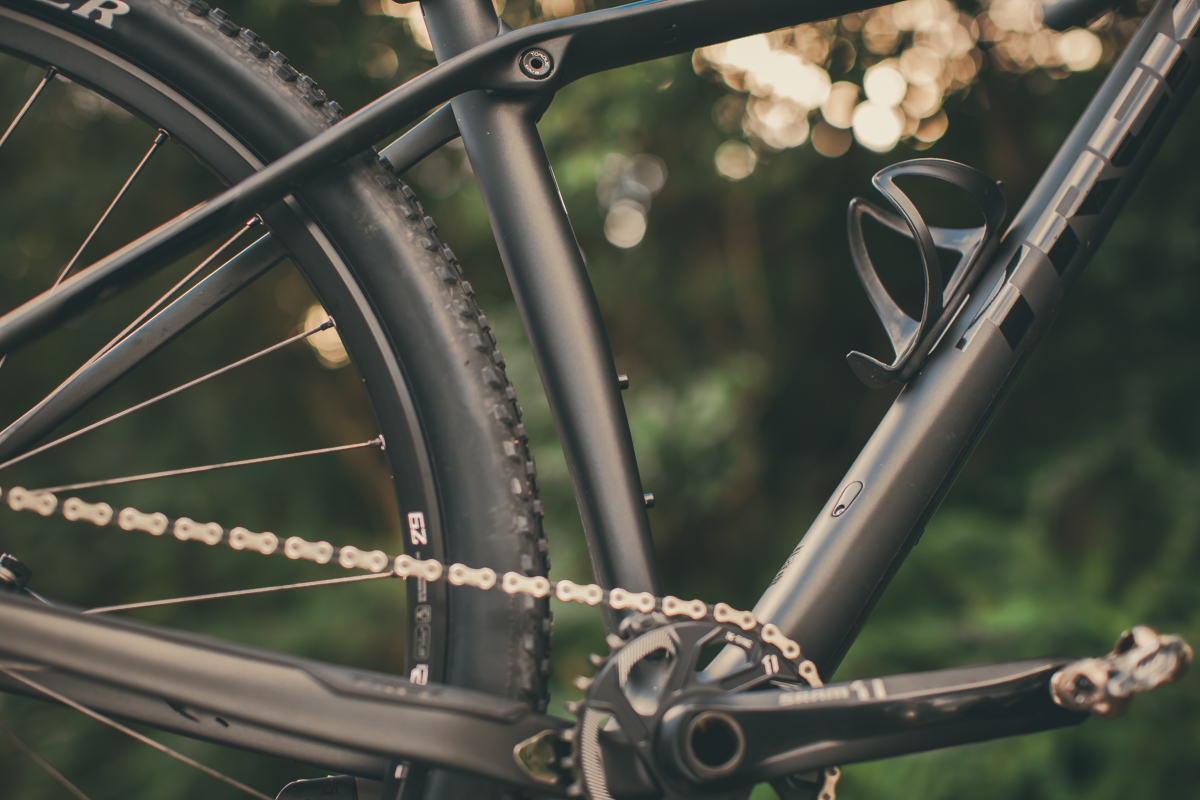 Setting up the Procaliber for its maiden ride we whipped out the inner tubes, fitted the supplied tubeless valves and with a cup of Stan’s Sealant the Bontrager tyres went up and stayed up without a glitch. The RockShox SID fork was easy to setup with an air pressure guide on the rear of the leg helping us reach a good base setting, and we were good to go.

Just sitting on the saddle and placing a finger on the IsoSpeed joint you can clearly feel the movement between the seat tube and top tube, there’s no doubt that there’s plenty of movement going on in that region. Start bouncing on the seat you’ll really feel the seatpost rocking gently underneath you. Well, that confirmed our first hesitation at least, then it was off to the trails to get it dirty.

Humming along the Procaliber feels incredibly light, the DT Swiss wheels and super-low profile Bontrager tyres give the bike a real zippy feeling and it takes very little energy to keep it rolling fast. We set the bars up quite low, with the stem a few spacers down on the steer tube and the low front end was amazing on the climbs, we were stomping on the pedals and flying through the uphill singletrack.

When the surfaces became rougher we turned our attention to the IsoSpeed feature, and were clearly able to feel contrast between seated and standing. Standing on the pedals the Procaliber feels solid, sit down and there’s a definite numbing effect as the shock is dissipated through the movement in the seat tube, and there’s significantly less sting in the trail.

It’s no suspension bike though, it still kicks you in the back side if you stay seated as you hit impacts, but with about 11mm of movement in the IsoSpeed thing, there’s certainly benefit in terms of fatigue during longer rides and the ability to remain seated on the technical climbs for maximum power output and traction.

Yes, it works. The Procaliber with its fancy IsoSpeed is a clever approach to providing comfort in the otherwise harsh world of racing hardtails.

The weight penalty for the ability to offer some respite for your back on long rides, or enabling you to remain in the saddle longer on rougher sections of the trail will no doubt be worth it for the weight conscious racer, especially those who shy away from the astronomical prices of a dual suspension bike of the similar weight.

It’ll also blur the lines between choosing a dually or hardtail, because when it comes down to it, if the terrain suits a hardtail nothing beats a carbon 29er when you’re really hammering on the pedals. 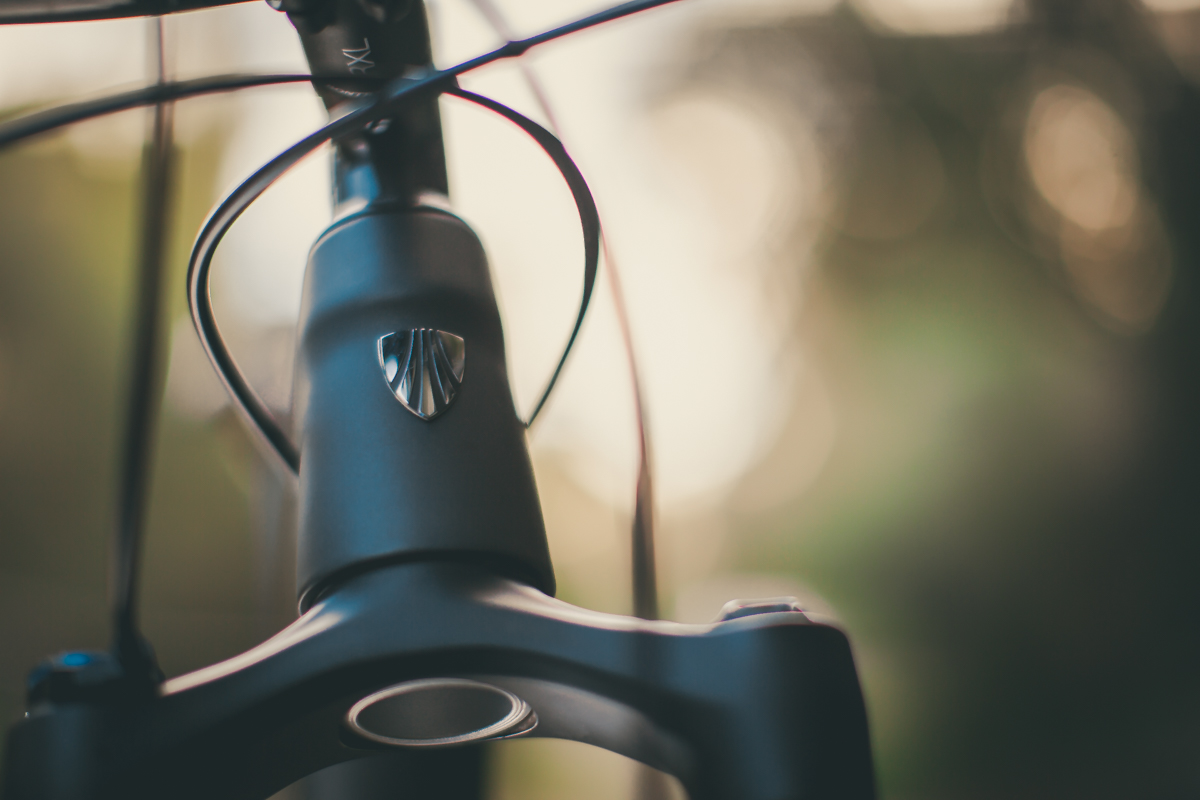