“It’s dumbing down the sport!”
“Marketing crap."
"They're just making things easier for riders with no skill.”

These are refrains we read often, usually in the shoot-from-the-hip forum of our Facebook page. In the past these comments generally accompanied discussion of 29ers (remember when those were contentious?), but now it’s something we’re more likely to read if we post a piece about the new generation of ‘semi-fat’ 27.5+ bikes. 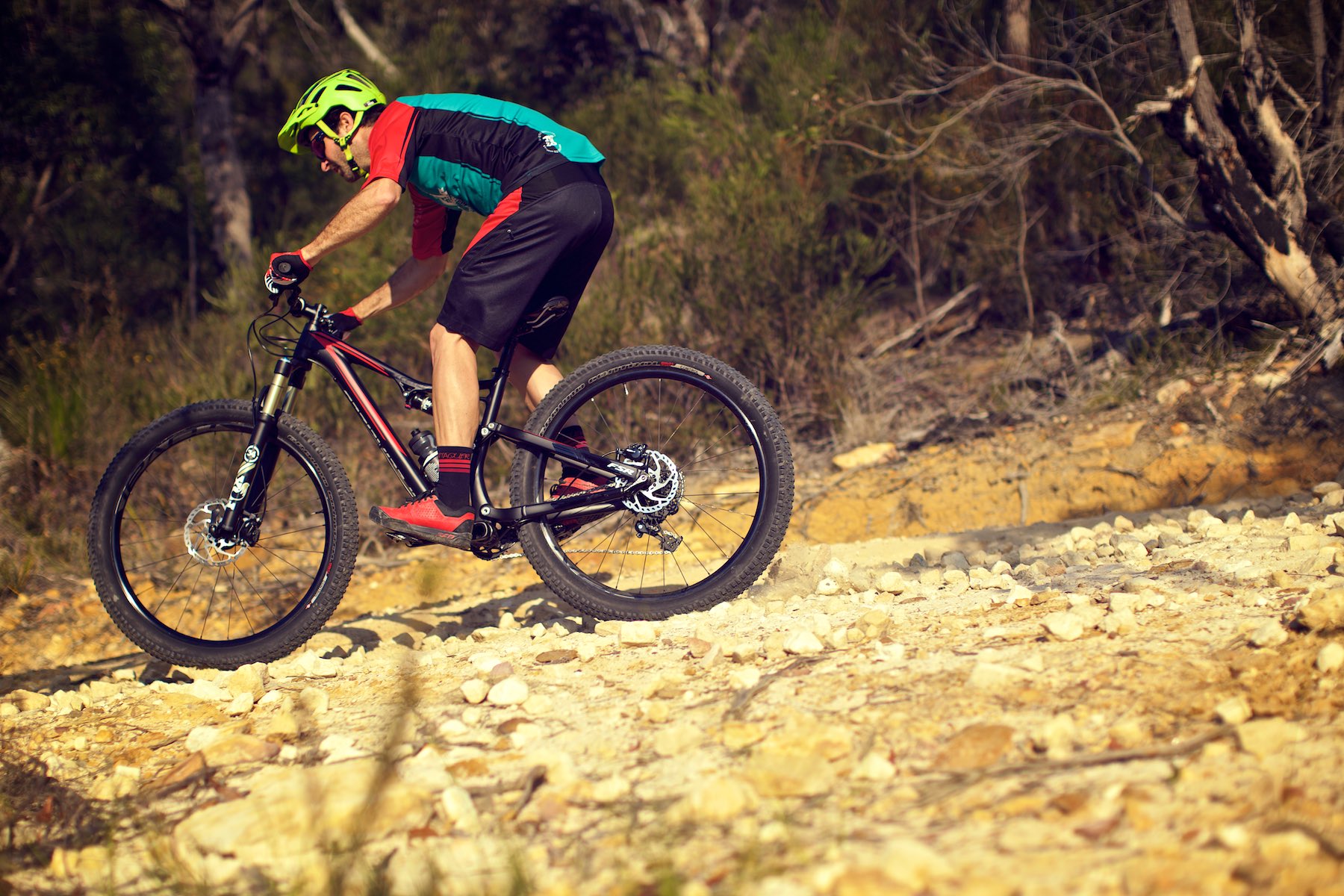 It seems, that in many people’s minds, fat rubber is cheating. Or if not outright cheating, not playing fair, as if ‘buying’ more grip is some loophole in mountain biking legislation.

We get it, we understand where this vibe comes from. There are lots of riders out there who learnt their craft on laughably bad equipment; grip-phobic tyres seemingly made from solid plastic, rims that bent like they were coat hanger wire, brakes that needed all four fingers. Advances in bikes have obviously made it much easier to ride many trail features that in the past would have caused all but the best riders to baulk. Riders who mightn’t have so much skill or ability can, to a degree, make up for it through more forgiving equipment.

And if you’re a salty old bastard, it’s tempting to be disparaging of riders who, often with confidence borne of excellent equipment, can ride the trails at the same speed as you, despite having waltzed into the sport only in the last few years. 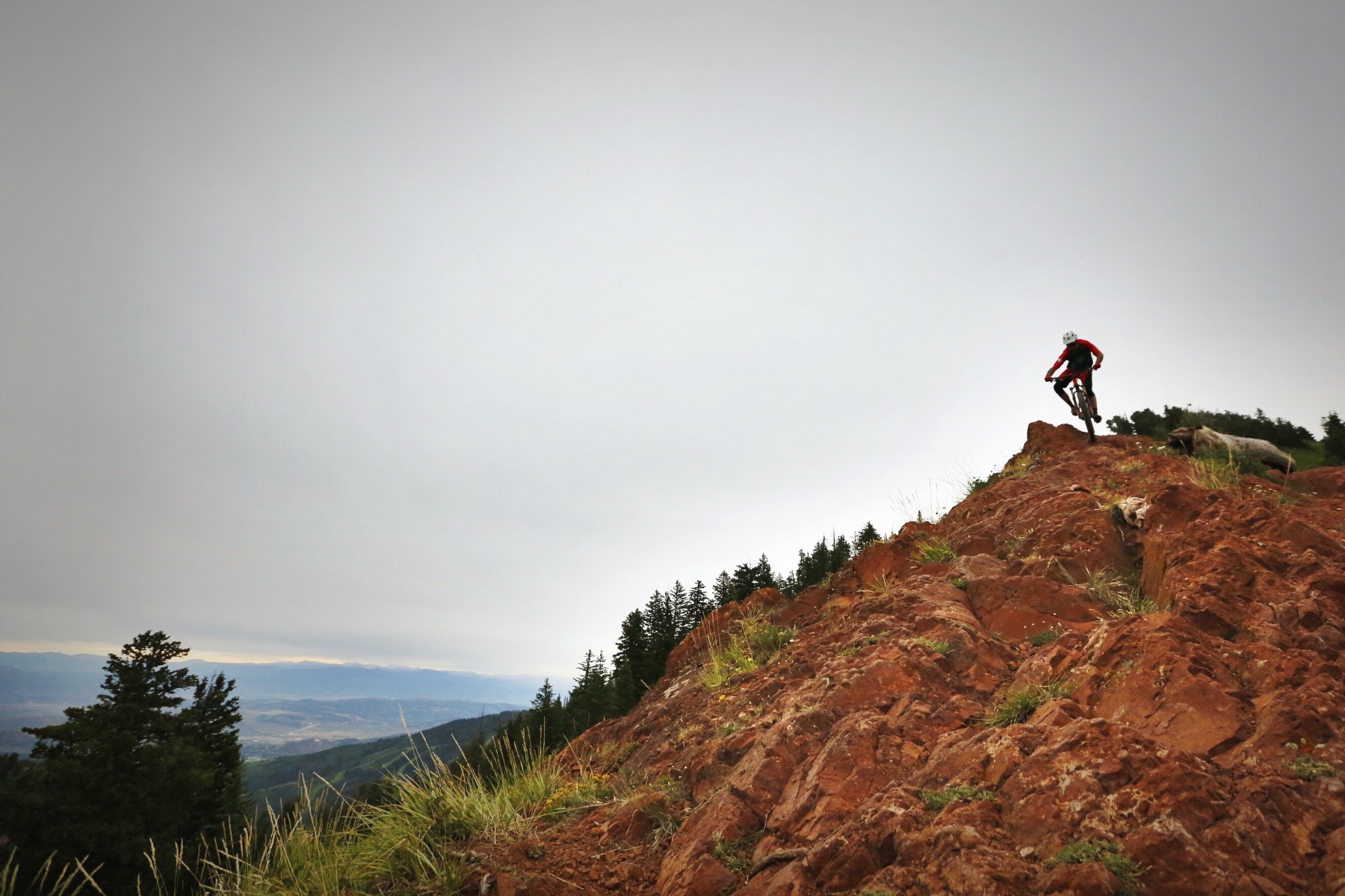 Having now spent a fair bit of time on 27.5+ bikes, with their massive tyres, we can promise you that in a lot of situations they are the ultimate ‘cheat’ bike. This much traction is a huge advantage in many of those areas that would have once sorted the men from the boys, so to speak. Loose climbs, rubble-filled corners, rough descents – they all become easier with grip. The transformation is instant, like jumping on the mushroom in Super Mario, things you couldn’t do before, you now can.

Of course, whether or not these bikes are faster overall is another matter entirely, as they are pretty ploddy on tame trails.

But when it comes to those features of your trails that would normally serve as a benchmark of skill – rolling that steep chute, getting up that scrappy climb – then plus-sized bikes do put you ahead of the curve. 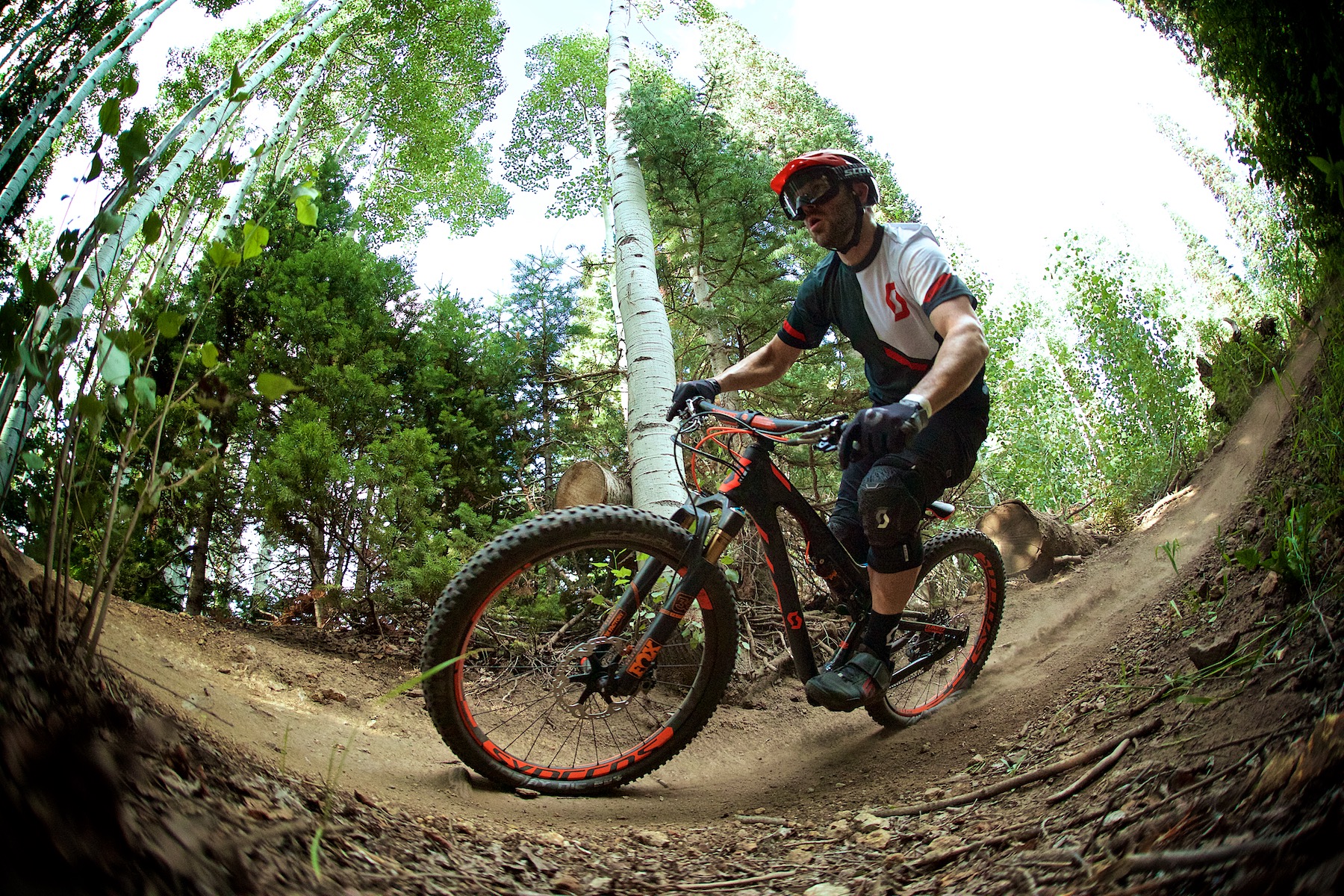 But here’s the crux of it all. If you’re a rider who has the full bag of tricks, rather than resenting the fact that plus-sized riders will likely close the gap on you, why not embrace the benefits yourself? If the advantages provided by plus-sized rubber can lift a mediocre rider’s abilities, imagine what they can do in the hands of someone who’s already pushing the limits of their equipment.

Suddenly those limits are set, like your tyres, much, much wider. 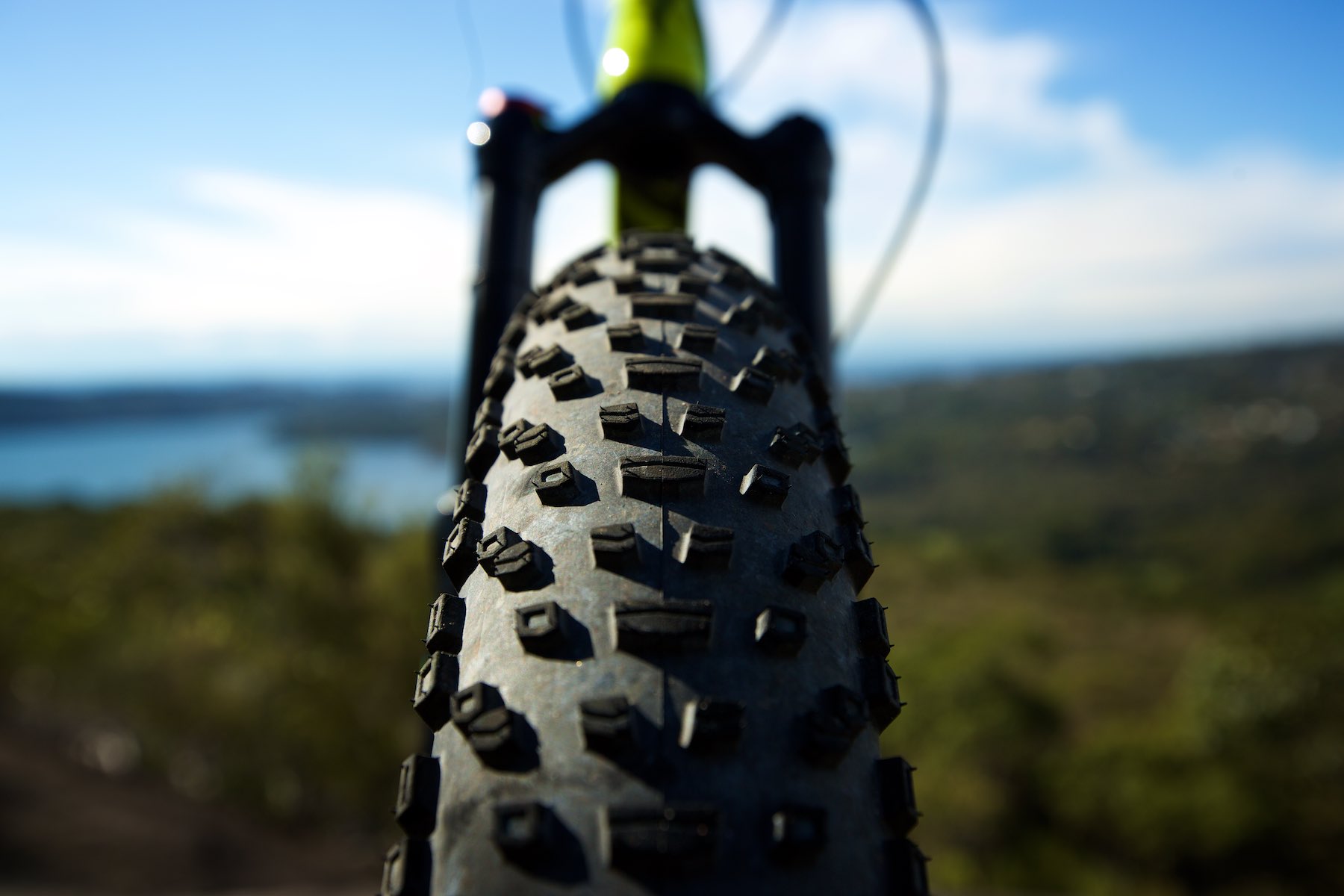 What the implications will be for trail building, we’ll have to wait and see, because we can promise you that things that were borderline reckless or un-doable, can suddenly seem pretty sedate.

So perhaps, rather than dumbing down the sport, these bikes are actually opening up a whole new frontier of progression for trail riders, where suddenly we’re building and riding trails at a level that only the ultra-ninja mountain biker could have conceived in the past.

Maybe mountain biking isn’t going to get dumber, but faster, wilder and even more demanding.

We find ourselves saying all this with an element of genuine surprise. A few months ago, when we first learnt of the influx of 27.5+ bikes, we drafted an opinion piece that absolutely ripped the concept to shreds. We ranted against it as a sideways step, a distraction from real advancements, driven solely by companies not riders. In short, we had the exact same response as many people in our audience! But before we published that rant, we decided to wait a few weeks and actually give one a go. 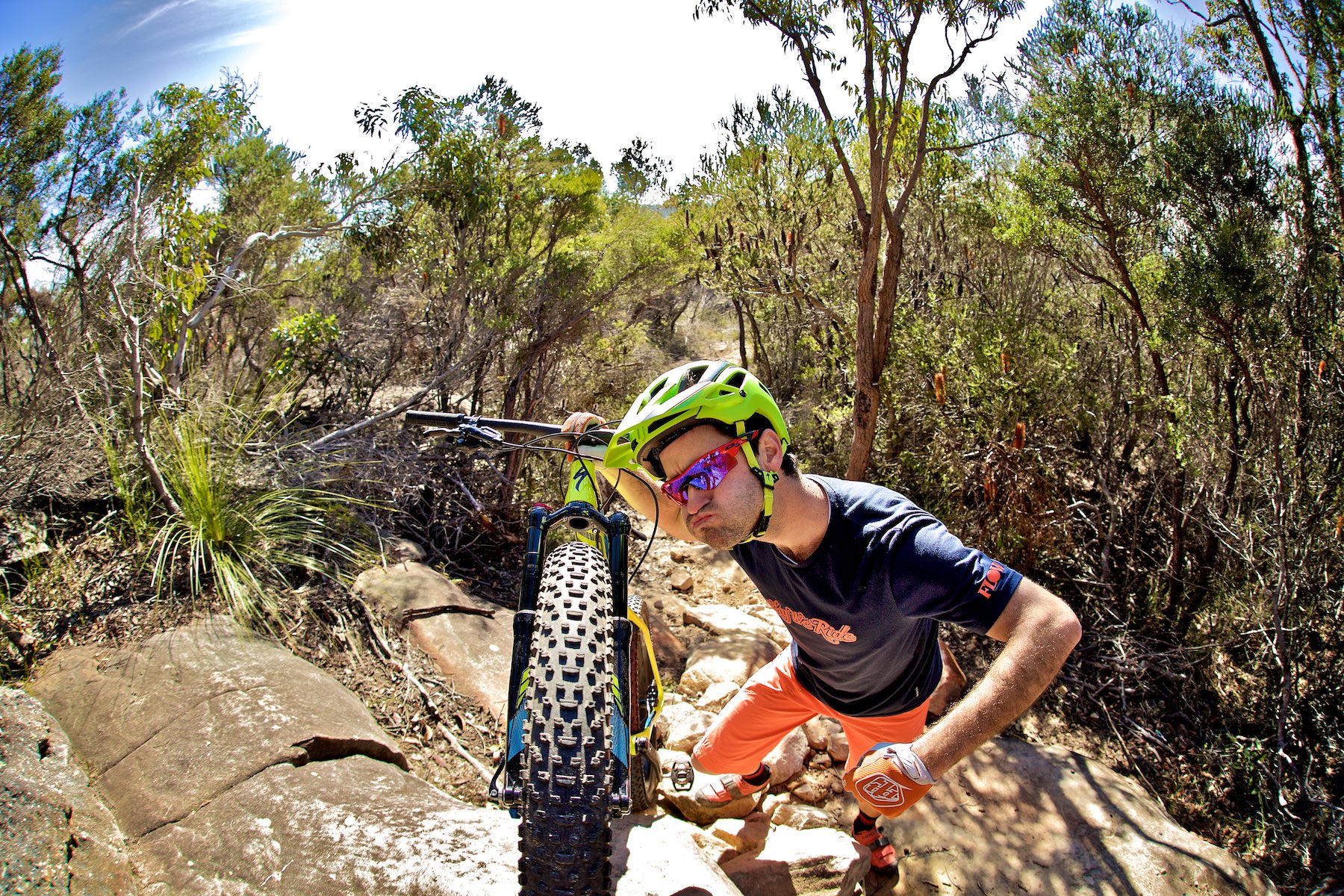 We’re glad we held off publishing, because having now ridden a good half dozen or so 27.5+ bikes we understand their potential. They’re not for every rider or trail, but for us they’ve got the ability to make riding faster, wilder and generally more of what we like – that is, faster not dumber.