Josh Carlson, lead Enduro racer on Giant Factory Off Road Team, has a new tool in the box for his training ahead of the 2019 EWS season. And it's not what you'd expect.

An e-bike may seem like the last thing a professional Enduro rider needs – after all, Josh Carlson has a level of fitness and stamina that makes most of us just shake our heads. Surely he doesn’t need any help getting up the hills?

Well, no. But that’s not what inspired Josh Carlson to build up a custom team spec Trance E+ recently. As Josh explained when we caught up with him on his home trails in Wollongong, this project was all about allowing him to cram more descending time into his training rides.

“Originally, my coach and I thought that an e-bike might be a good way to do some huge training days, you know, 4000 metres of descending” explains Carlso. “But that’s not what really transpired. It turned out, the real training benefits of this bike have come on those shorter, more intense training days.”

We head to one his regular training zones. It’s full of short, intense 3-4 minute downhill runs, with a horribly steep fireroad slog back up. “Normally, in a two hour session, I might get in six laps on my Reign. But on the Trance E+, I can easily get in 10 or sometimes 12 laps,” says Carlso. “I’m not getting fatigued from grinding back up the hills, I’m getting fatigued from doing so many downhill runs. Rather than getting to the top and then needing to recover before dropping in, I just roll straight into the next downhill run. And for me, that kind of training is ideal.”

With his Trance E+ weighing in around 10kg heavier than his Enduro race bike, there are obvious strength and handling training benefits too. “The heavier bike forces my body to adapt, I need to brake earlier too, because the bike carries more speed, so my mind is having to get used to coming into sections faster.” explains Carlson. “When I jump back on my normal bike, I’m stronger and it’s lighter, so I feel like a super hero.”

Carlson’s bike is not an off-the-shelf machine obviously. It’s been built up with parts from the team’s sponsors, including Shimano and DVO suspension. “I wanted it to emulate my race bike as much as possible, so I went for an X-large frame, which is pretty similar in dimensions to my Reign. Suspension travel is 140mm out back and 160mm up front, so a little less than my Reign.”

Will we see other Enduro racers following suit. “I think so. I think these bikes are going to become a training tool for Enduro that’s more important than a road bike. I just hope my competitors don’t work it out too soon.” 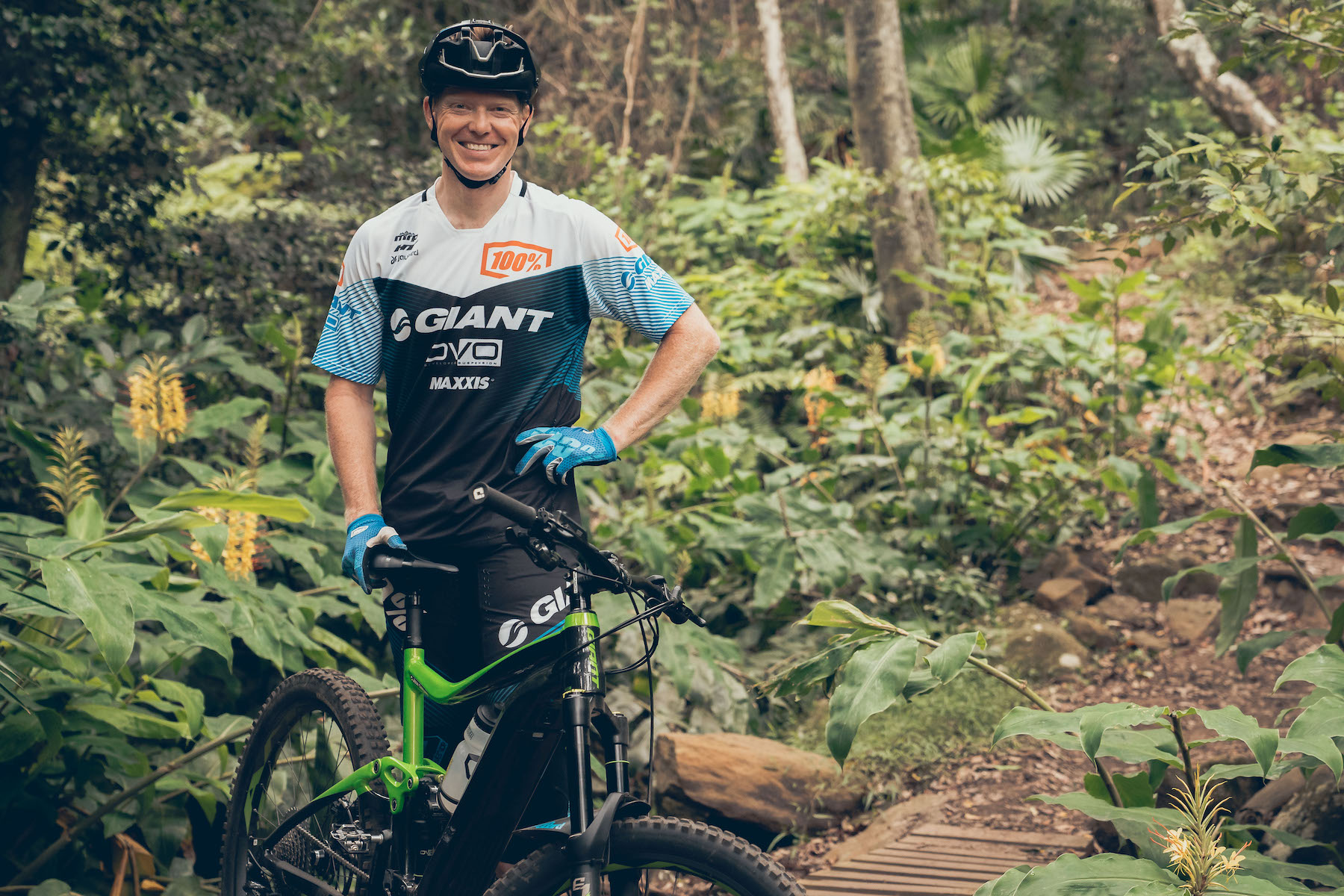