Eagle vs Shark is the first ‘new’ trail to be made in Whakarewarewa Forest after a long quiet spell.

After the whirlwind of Crankworx, we met up with Gary Sullivan, Rotorua’s fastest silver fox for a razz down one of his favourite trails. Amongst many roles in the mountain bike community, Gaz is best known for being the owner of NZO riding gear, with his partner Glen they produce some super durable and well-designed riding threads. Glen is a textile whiz and her quality control skills are tack sharp, whilst Gaz’s favourite role at NZO is ‘product testing’, hence the reason he knows his way around the trails like the back of his gloves.

Gaz has been busier than a three-legged man in a two-legged race with a one-legged woman recently with the opening of a new bike shop in town, the store has been loaded with all the NZO goodies you’ll ever see, so naturally our ride date ended up at Ride Central drooling over fancy stuff, trying on new season NZO kit and drinking really good coffee from next door.

We were lucky to grab Gaz for a ride, and up to the top of the shuttle road we went to see why Eagle vs Shark rates so high with a seasoned local. 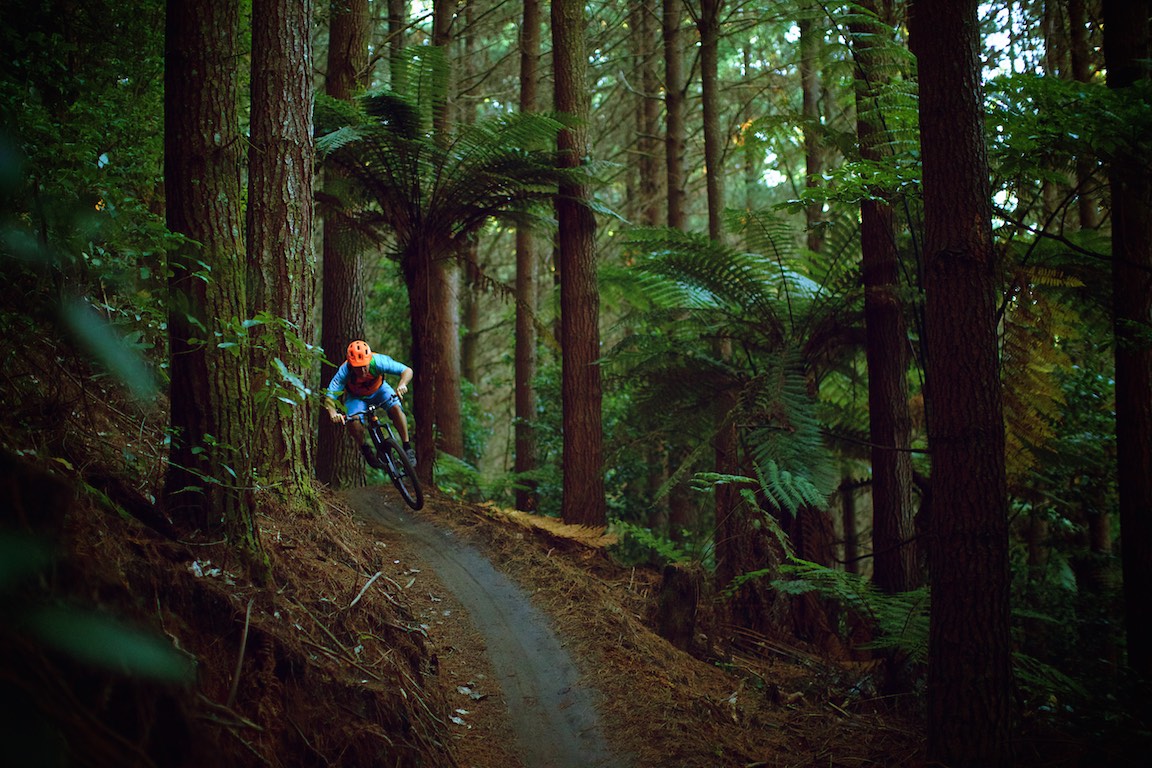 Trails have been revised, extended or reinstated, but fresh new trails through previously untravelled forest has been a rare commodity.

That has only changed lately, with a lot of new stuff on the agenda, and Eagle vs Shark was the first of the new stuff to get done. 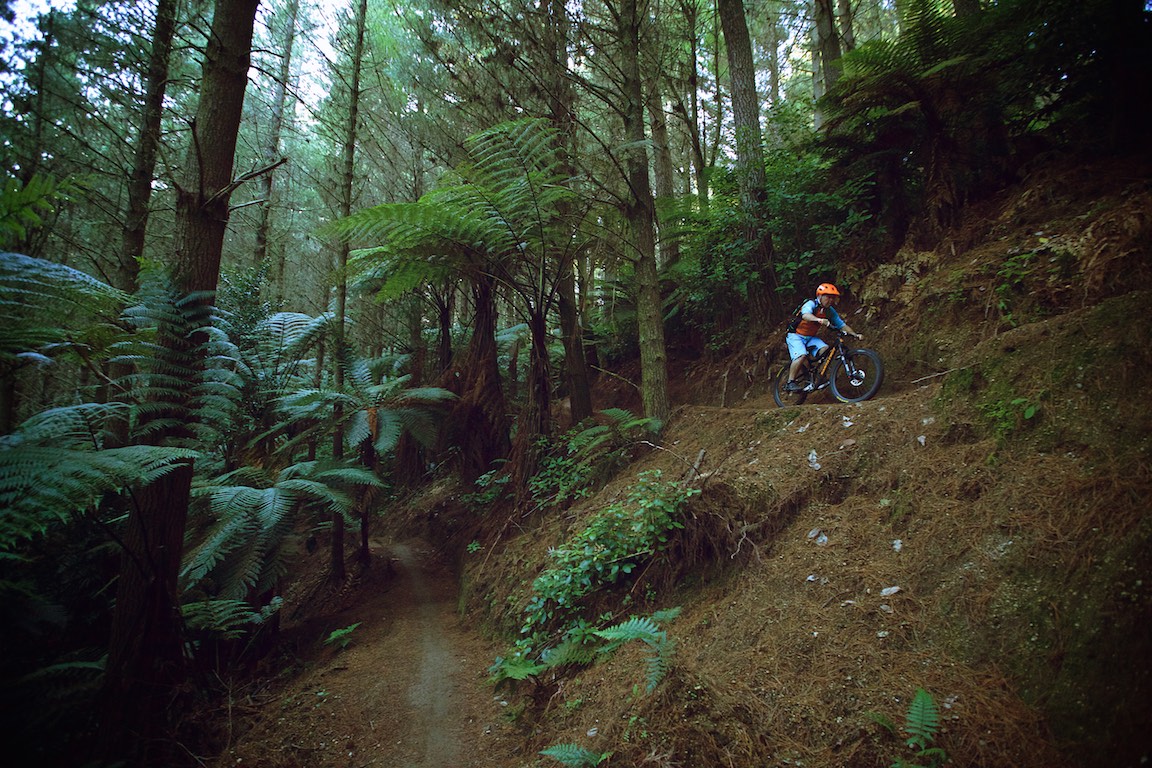 Permission was given by the land-owners for a couple of new lines, and this one was designed to be a Grade 3, built by Rotorua local Jeff Carter and his trail building outfit starring Casey King. It’s a trail for the folks who love the likes of Split Enz or Tokorangi. 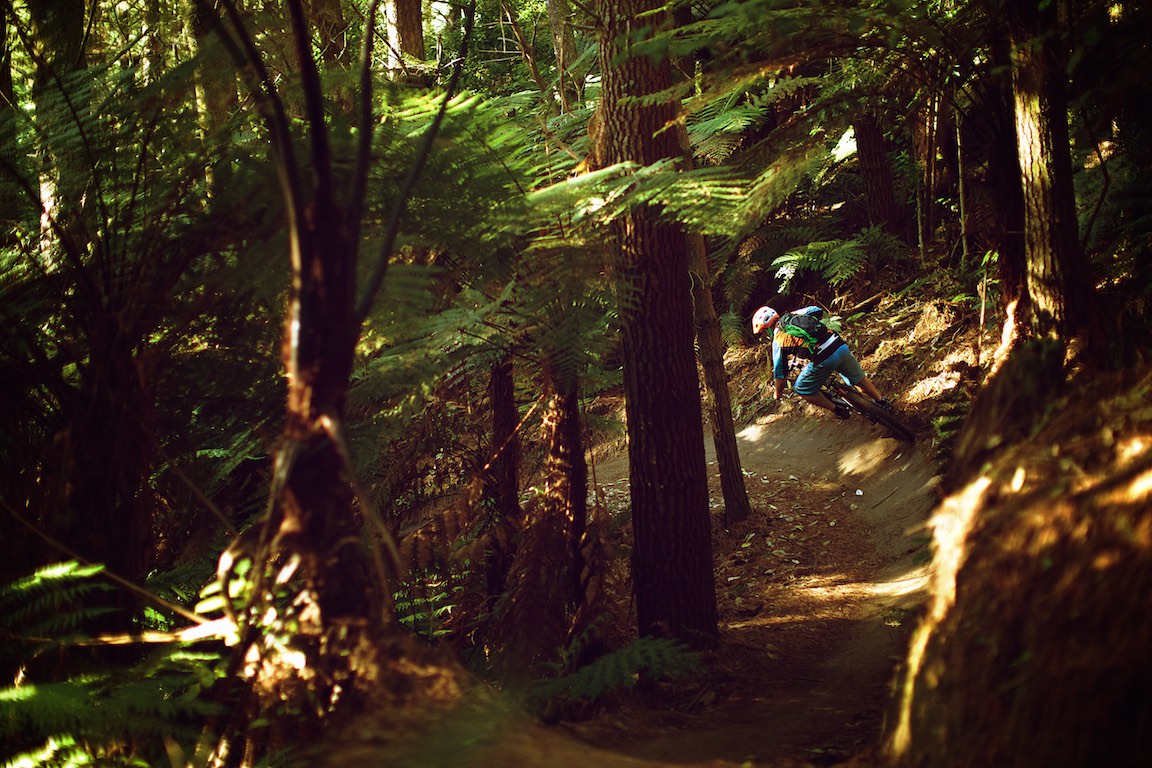 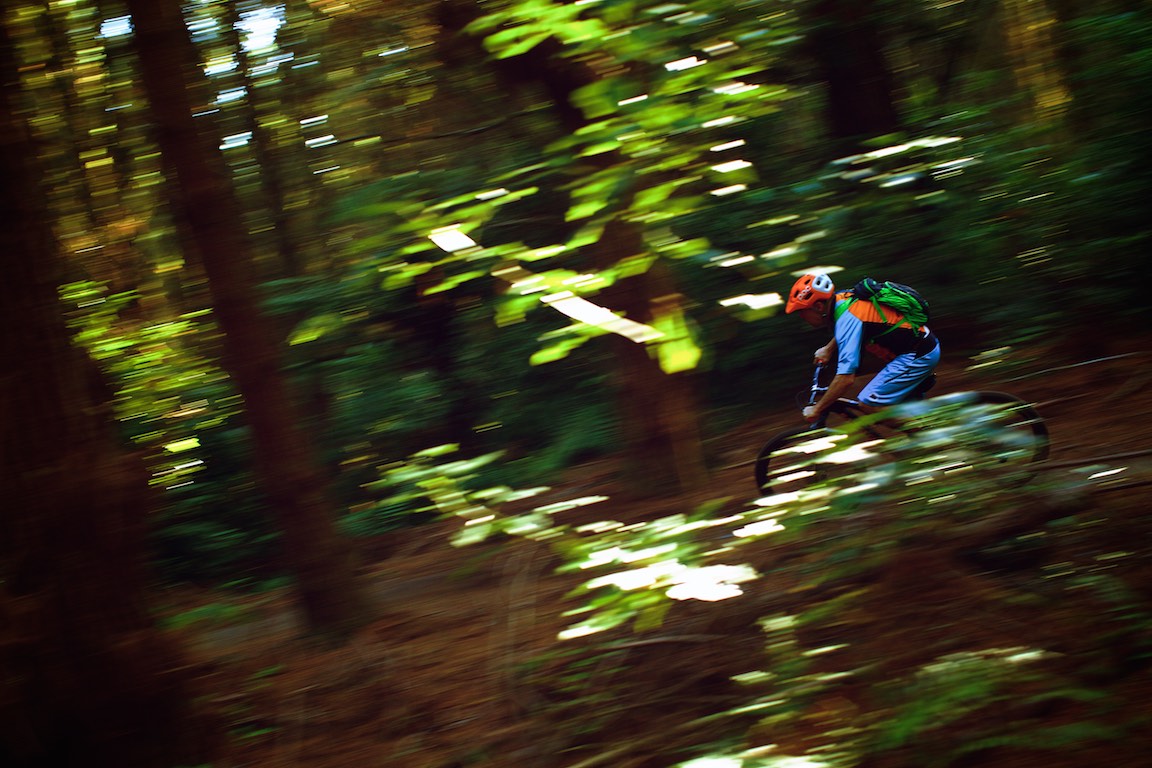 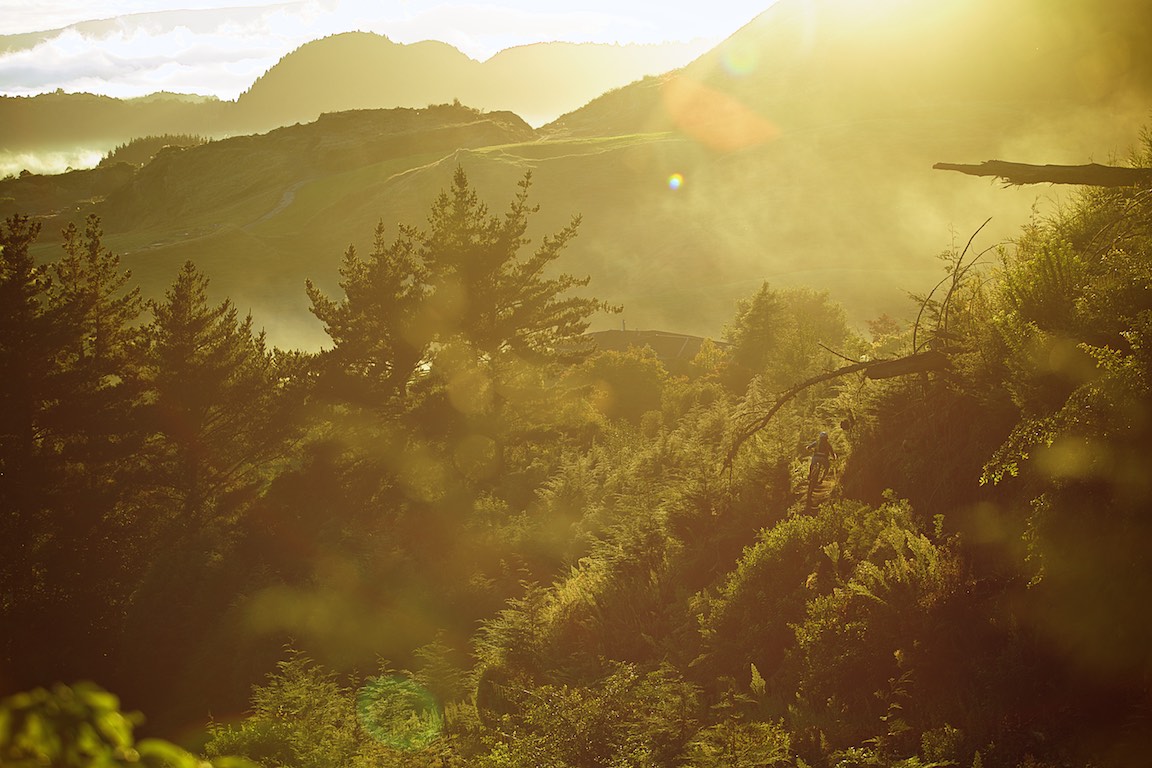 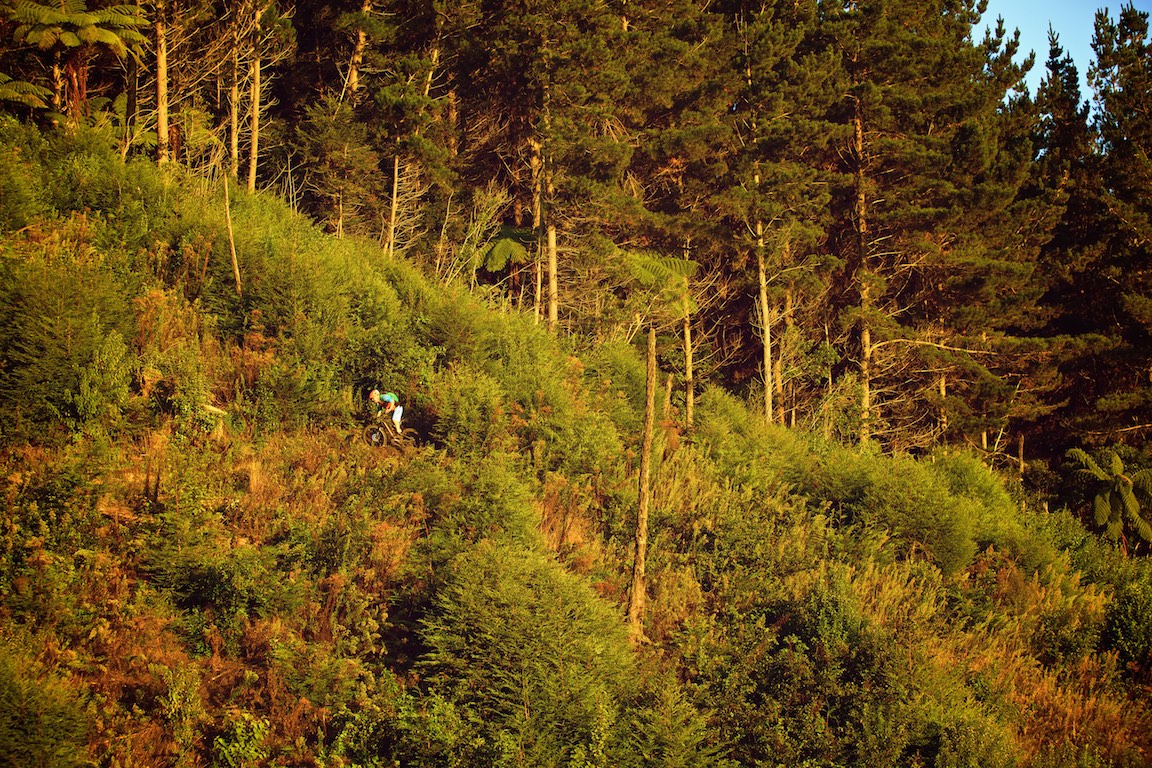 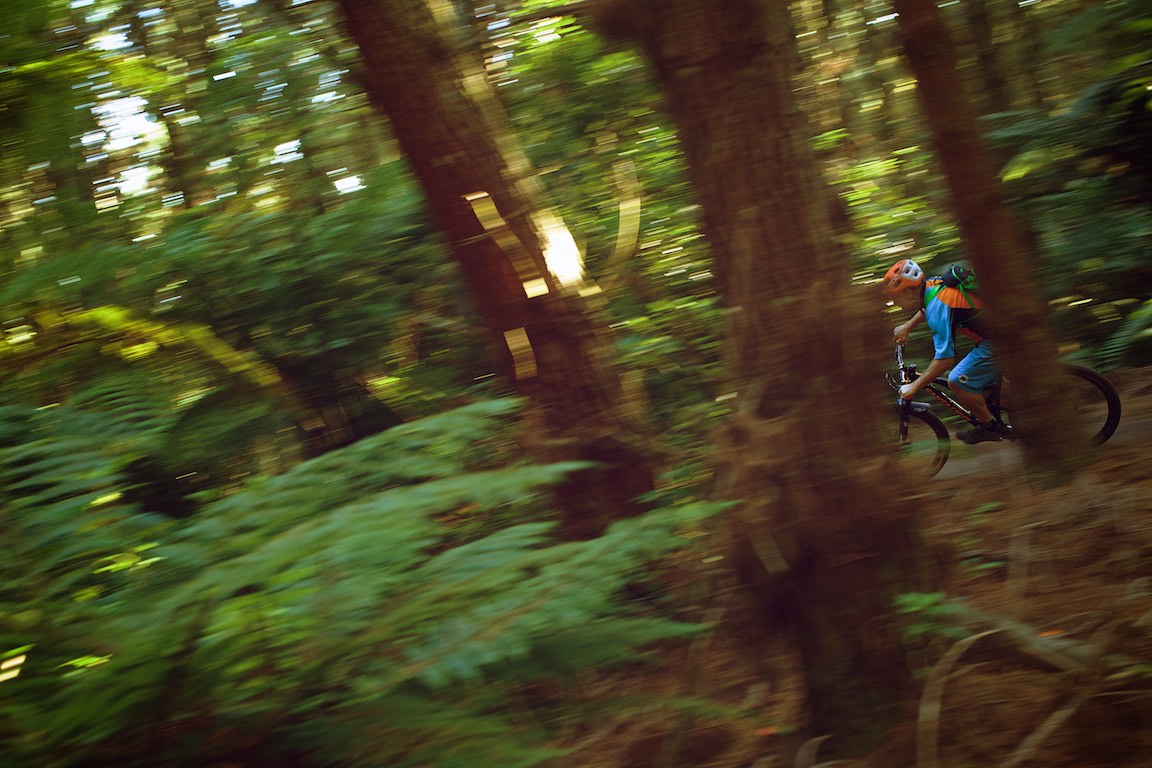 The track is very fast, and very flowy, and the trees on either side feel very close as they blur by in your peripheral vision.

It is a simple trail with nothing tech about it, it is not difficult to ride but it is hard to do it without smiling or whooping out loud. Must be because its fun.

Have a gander at the sweet NZO clothing here: www.nzoactive.com

For all mountain bike trail maps and info, all you need is here: www.riderotorua.com