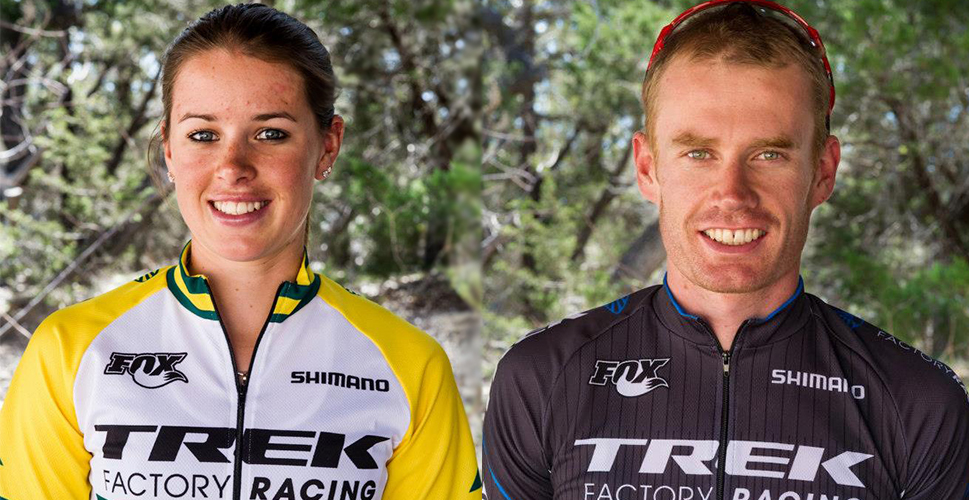 The last two days have been momentous for Australian mountain bike racing. Bec Henderson and Dan McConnell both took victory in the opening round of the UCI XCO World Cup – Bec in the women’s under 23s and Dan in the open men’s.

Let’s put this in perspective: the last time an Australian won an XCO World Cup was back in 2000, so to have two victories in one weekend is unthinkable.

For the last 13 years we’ve heard time and time again that Australia just isn’t much good at XCO racing, that we can’t compete with the Europeans, that we didn’t have the raw talent. Quite clearly, that’s crap.

What our riders have lacked is not talent or determination. It’s support and the backing of people who genuinely believed in our riders’ abilities.

This is Bec and Dan’s first year of racing with Trek Factory Racing, a fully-supported factory team, whereas in the past they’ve been largely on their own. When we chatted with the pair earlier in the year, they talked a lot about the challenges of racing in Europe and how they were really excited about having the opportunity to focus on their racing, not booking hire cars, finding somewhere to sleep or servicing their own bikes. And now, in their very first World Cup outing, they’ve showed us just what a difference that support can make.

We’ve always known that Dan and Bec had the ‘minerals’ and the dedication to win at this level, but without proper support, they were fighting an uphill battle. We hope their incredible success opens the eyes of those who hold the keys to allowing more young riders to follow in their footsteps.