The team had two busy days, everyone is relieved actually to be on the road now and today we camp on the shores of Lake Tinaroo. 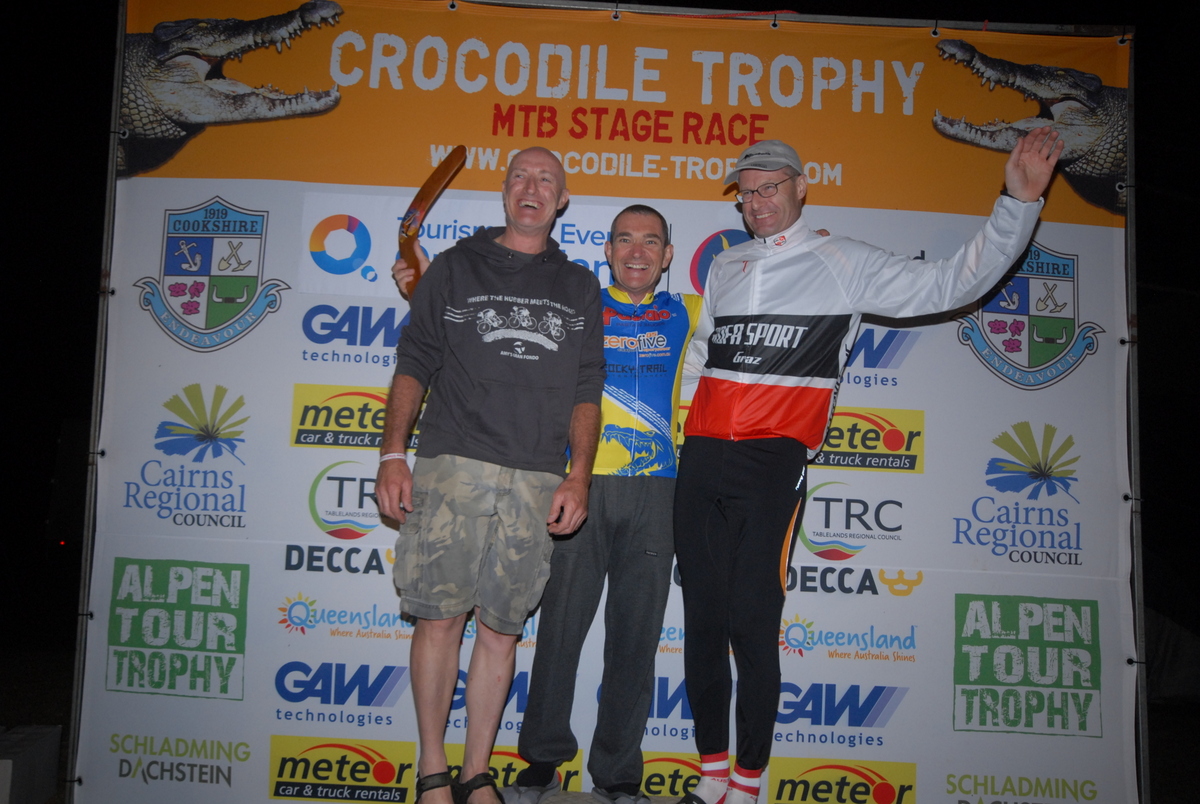 So far our boys are faring well – Peter Selkrig was right in the lead group up towards Copperlode Dam today and finished on top of the M3 podium again! Currently 18th overall, in the category classification he is now an hour ahead of his nearest contender, none other than Simon Gillett, founder of the Amy Gillett Foundation! And I guess that’s part of the fascination of the Crocodile Trophy. 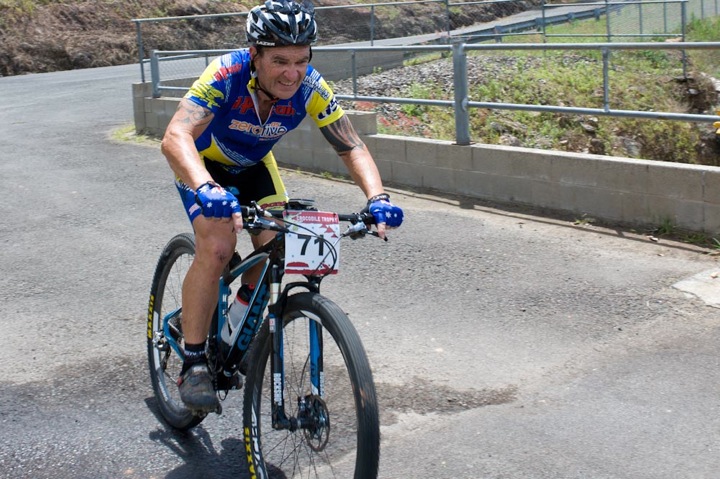 Not only during the race, but also at breakfast, lunch and dinner the riders are rubbing shoulders with cyclists from all over the world. We were having a chat with Cory Wallace, Canadian National Marathon Champion today and comparing muesli choices for breakfast. Juliane was in the media car with Lotto Belisol team racer Maarten Neyens, who is here as a supporter for his team mate Sander Cordeel, who was talked into racing the Croc by our very own Adam Hansen, who races with them at Lotto Belisol.

Martin was fifth today and is now 29th overall. He had a tough day and in the humid conditions racing out of Cairns he got really dehydrated. After skulling five drinking bottles between finishing and dinner he was still thirsty. 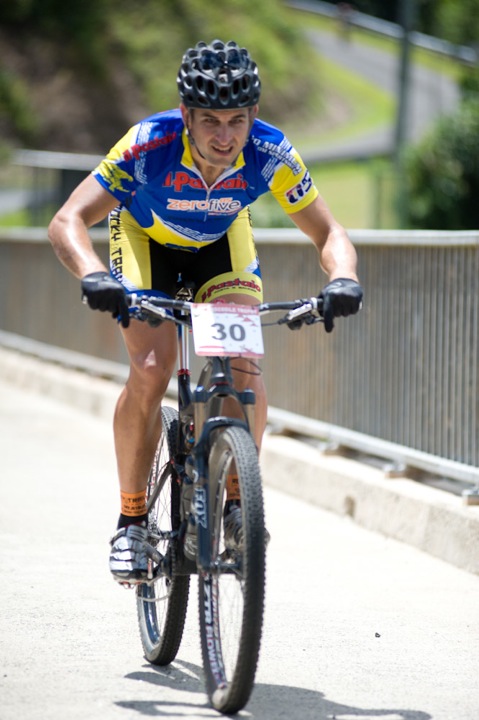 Phil was fourth today and is now 25th overall. He did well and had a bit of a scare towards the finish. He said he didn’t see any signs for more than 5km towards the finish and was almost going to turn around (after having just descended for 12km to Lake Tinaroo); luckily he spotted the finish arch just then after the next corner. 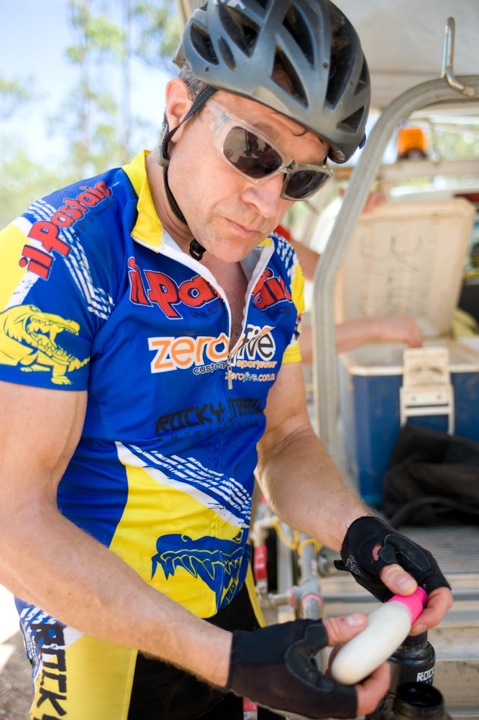 All three are very excited – they are currently sitting in second in the team classification. Admittedly, 3 hours behind the leaders, a team from Cairns – but hey, you gotta be in it to win it and they’ll give it a good go again tomorrow.

A tough 90km+ stage with a 30km section on the new Atherton MTB Trails lies ahead, Peter briefed the boys (and Wallace and Page and some more overseas racers) on it – he raced the National Marathon Champs up here earlier in the year.

What lies ahead for the girls? Greer was part of the marshalling team today and helped out in the physio treatment tent and will travel in the lead car again tomorrow.

Juliane is planning a laundry day tomorrow in between interviews and press releases – the mango trees in town will be perfect to hang up the wet kits and in the Irvinebank heat it will all dry in no time 🙂 Irvinebank… where you can watch the laundry dry?