The first day of the final round of mountain bike racing in the Subaru National Series for 2014-15 was contested under the hot Queensland sun in Toowoomba on Saturday, with the event presented by Mountain Bike Australia (MTBA).

The series has travelled Australia, starting in December 2014, and racing took place in both Cross Country and Downhill disciplines.

Dan McConnell (ACT) is the third-ranked cross country rider in the world, and as such starts any race he enters across the world as one of the favourites – and on home turf, McConnell is almost unstoppable.

The Elite Men’s race started smoothly in the midday heat, with a lead bunch of five riders, including McConnell and New Zealand National Champion Anton Cooper. 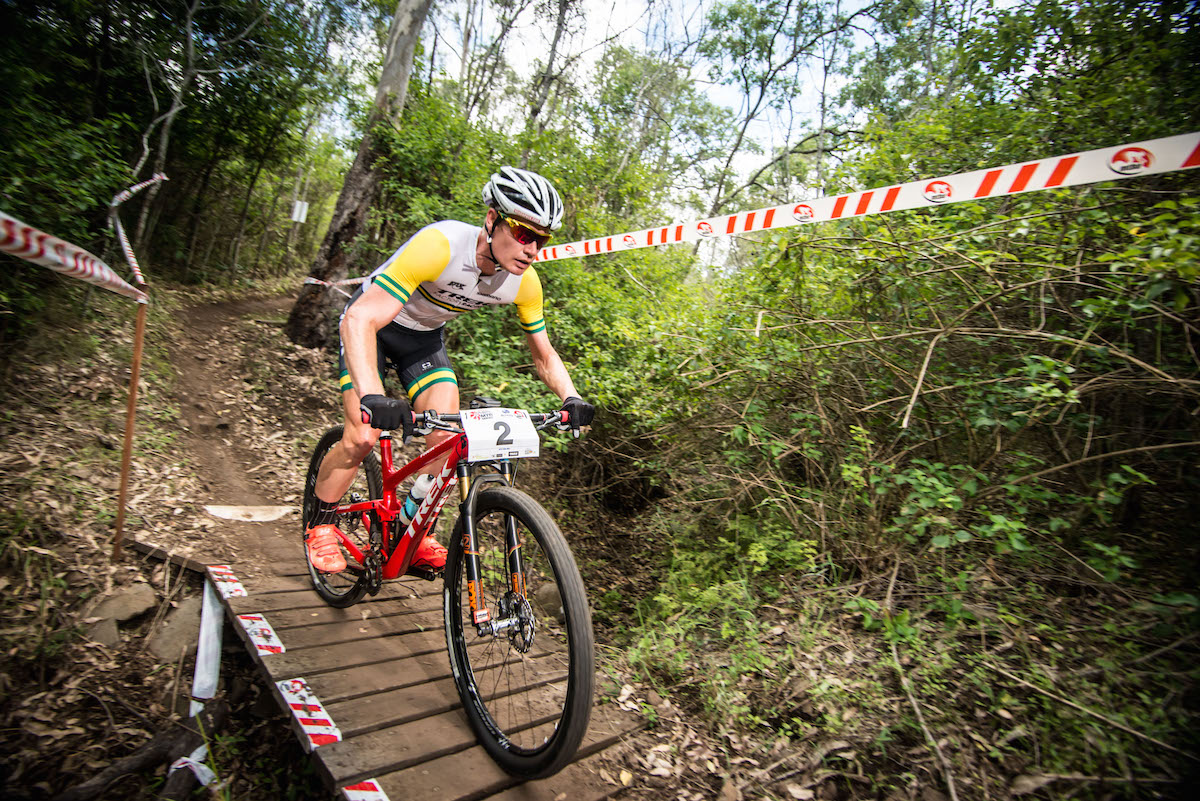 McConnell, crowned this week as the Oceania Champion, is renowned for starting steadily and then maintaining a pace that other riders cannot sustain over the duration of the race.

Today’s race ran to this familiar plan, with McConnell breaking away from the bunch on lap four to create a lead that would never be challenged. 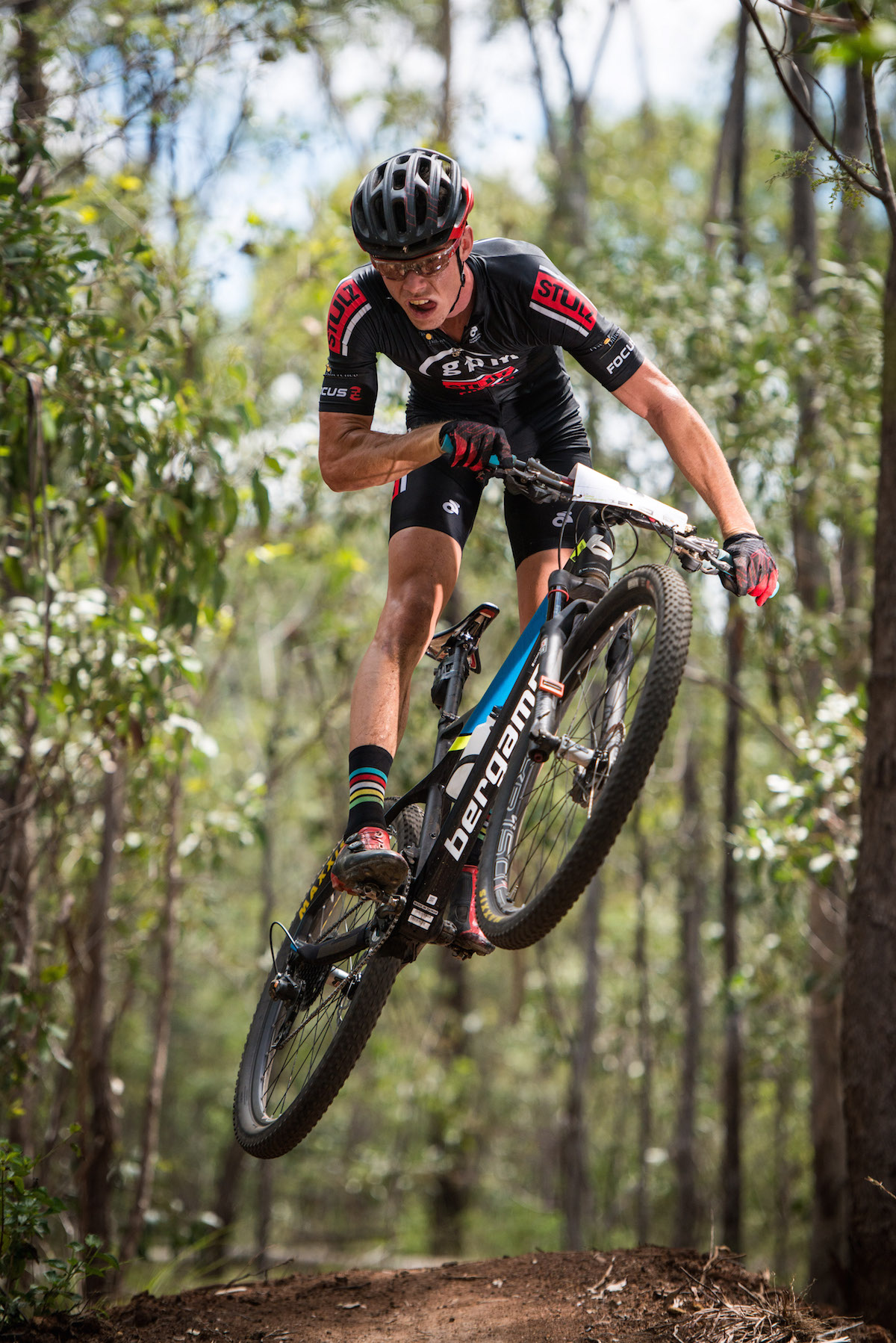 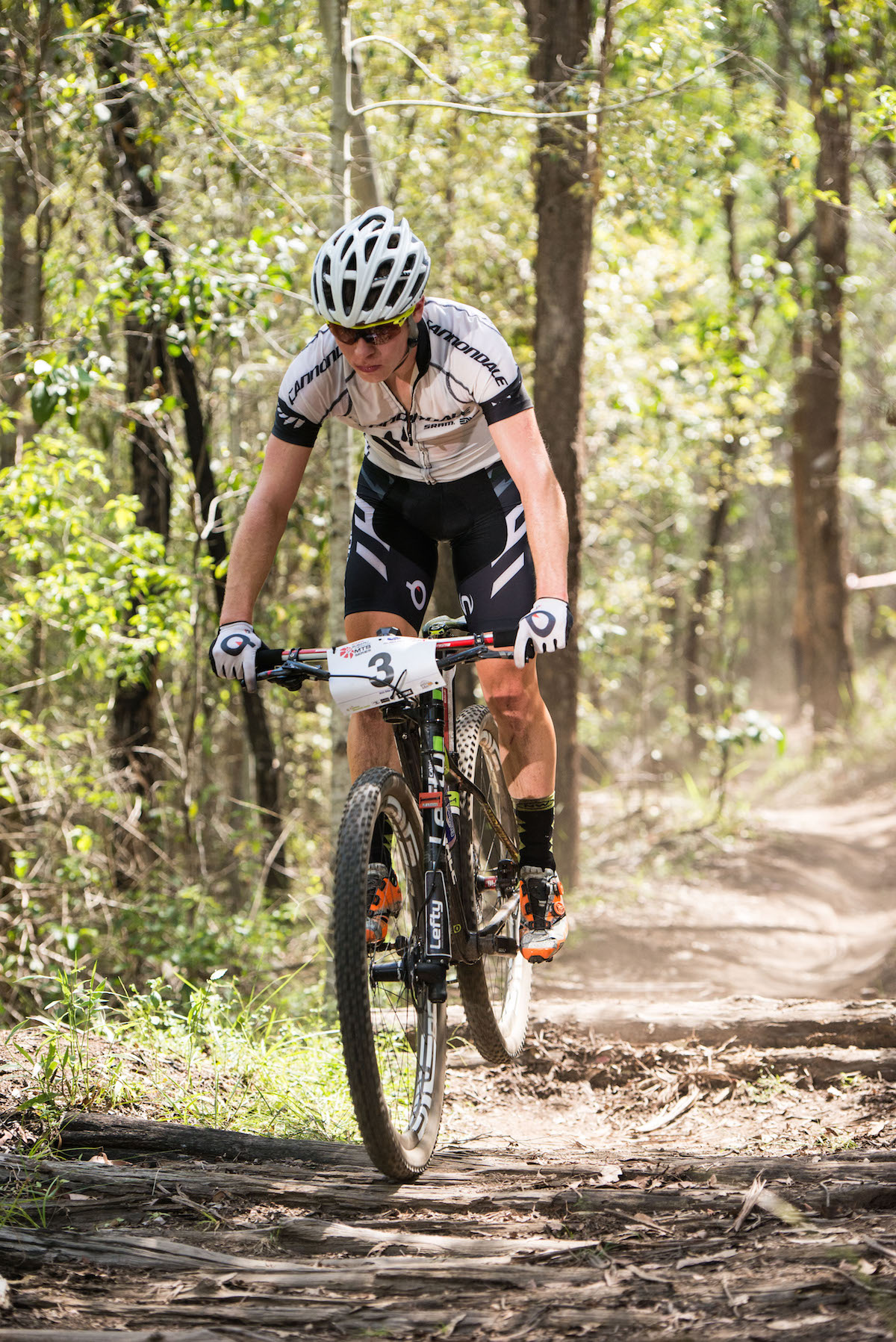 “In the middle of the race I was able to get to the front at the start of the climb, open the legs a little bit and get a gap,” said McConnell.

“From there I was able to ride comfortably to the finish”.

Scott Bowden (TAS) landed in Toowoomba as the National Series leader, and with a strong ride to fourth place, he will be leaving Queensland as the overall Elite Men’s Subaru National Series winner.

“I was hoping that I could get on the podium fairly consistently and be in the top five but I wouldn’t have even dreamt of taking out the series this year,” said Bowden.

“It exceeded all my expectations and I’m just over the moon”. 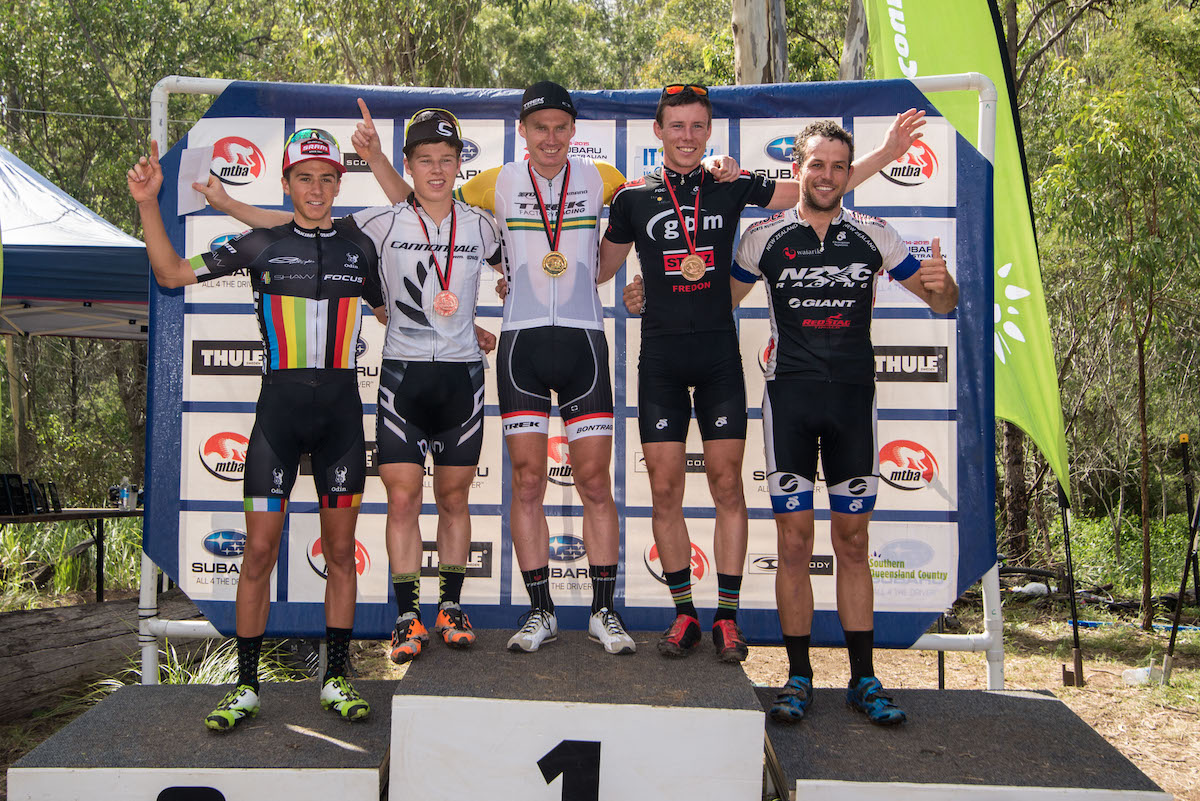 Both men finished the series on level points, but second was awarded to Ivory on countback.

Under 19 action saw Liam Jeffries (VIC) win both today’s race and the overall National Series crown in a dominant fashion, with four wins from five races, and today he incredibly rode without a seat-post and saddle for most of the final lap.

The women’s race was a star-studded affair, with the very best riders from Australia and New Zealand stacked across the front row of the startline.

Kiwi young gun Amber Johnston (NZ) rode hard from the start to lead the riders into the forest, where proceedings were broken open early by the experienced New Zealand power duo of Kate Fluker and Karen Hanlen. 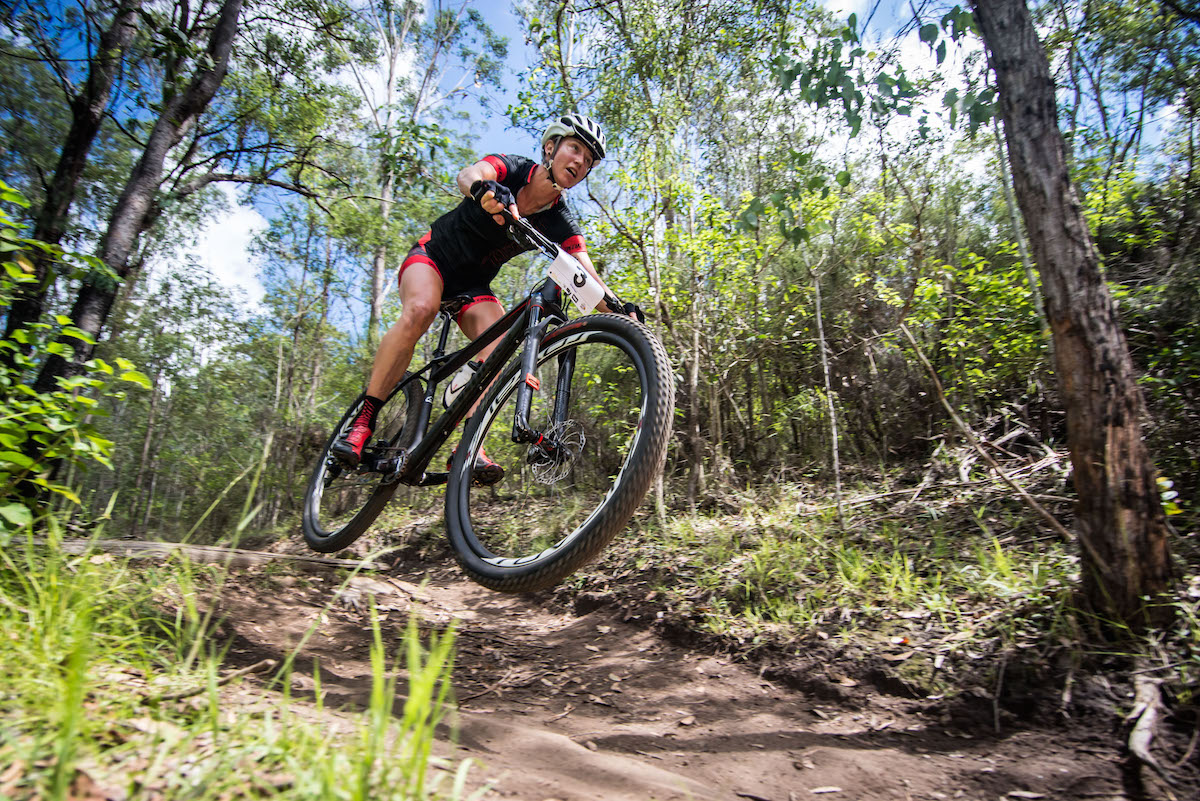 Fluker has form this week after riding to a strong silver behind Henderson on Thursday in the Oceania Championships, and was again strong today surging to the lead at the end of lap two.

On lap three she further accelerated and established a lead that would ultimately be insurmountable.

“I was maybe four or five deep on the single track but I really utilised that grassy climb,” said Fluker. “I have to use my strengths the best I can and I love climbing so I made sure I went hard where I could.

“Amber Johnston, the New Zealand U23 Champion, was out in front and I said to her ‘Amber I’m behind you’ and she pulled over for me and let me pass. Kiwi’s are pretty good at working together”. 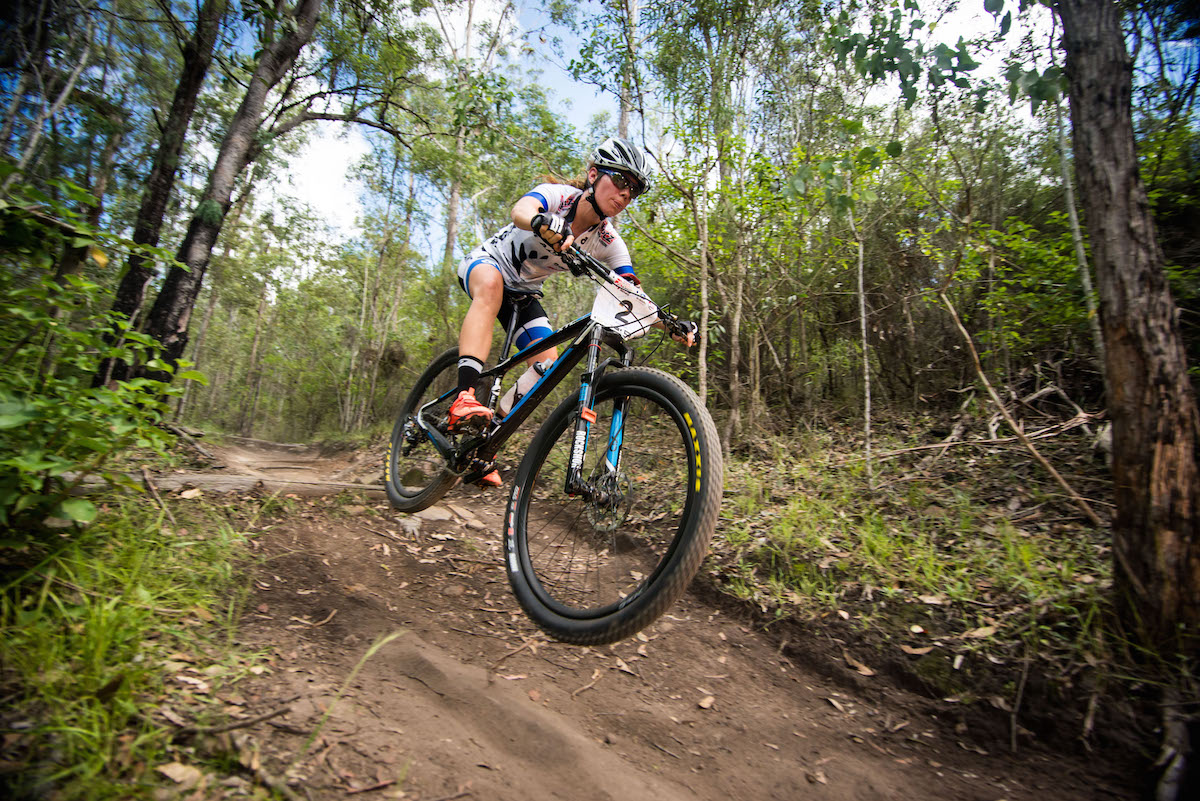 The Subaru National Series title was on the line today and fittingly it was our two best athletes of recent years in contention, Rebecca Henderson (ACT) and Peta Mullens (VIC).

Henderson, the 2014 Commonwealth Games Bronze medallist, walked away with the spoils, adding the overall National Series title to the Oceania title she won 48 hours earlier at the same venue.

Worthy of note in the youngest category is the prodigious Zoe Cuthbert, who today completed a whitewash of the Under 15 series with performances that often saw her battling with Elite riders.

Downhill racing will take place with riders today participating in a seeding event to both earn points towards their Subaru National Series rankings and also decide the start order for Sunday.

In the Men’s event, Jared Graves (QLD) was fastest with a time of 2m39.60s, while Richie Rude Jr (USA) and Connor Fearon (SA) rounded out the top three.

For the Women, Tegan Molloy (NSW) seeded quickest in 3m12.79s, with Michelle Crisp (NSW) in second and Kellie Weinert (NSW) in third.

Spectators are welcome free of charge here at Jubilee Mountain Bike Park, with Sunday’s racing to include both Short Course Cross Country and Downhill racing.

All information about the event can be found online at: http://mtb.subaru.com.au/national-series/2014-15-national-series-toowoomba-qld/