It’s no secret that Lapierre have been working on a 27.5-wheeled downhill bike for some time now – even last season, Sam Blenkinsop and Loic Bruni were spotted racing on the bigger wheels at the Pietermaritzburg World Cup. So while we have been anticipating the release of a 650B downhill rig, we did not expect it to be an entirely new machine. But when Lapierre lifted the wraps on the new steed to be raced by the Gravity Republic team at Fort William this weekend, they revealed a completely different beast with an all-new suspension system. Let’s take a closer look! 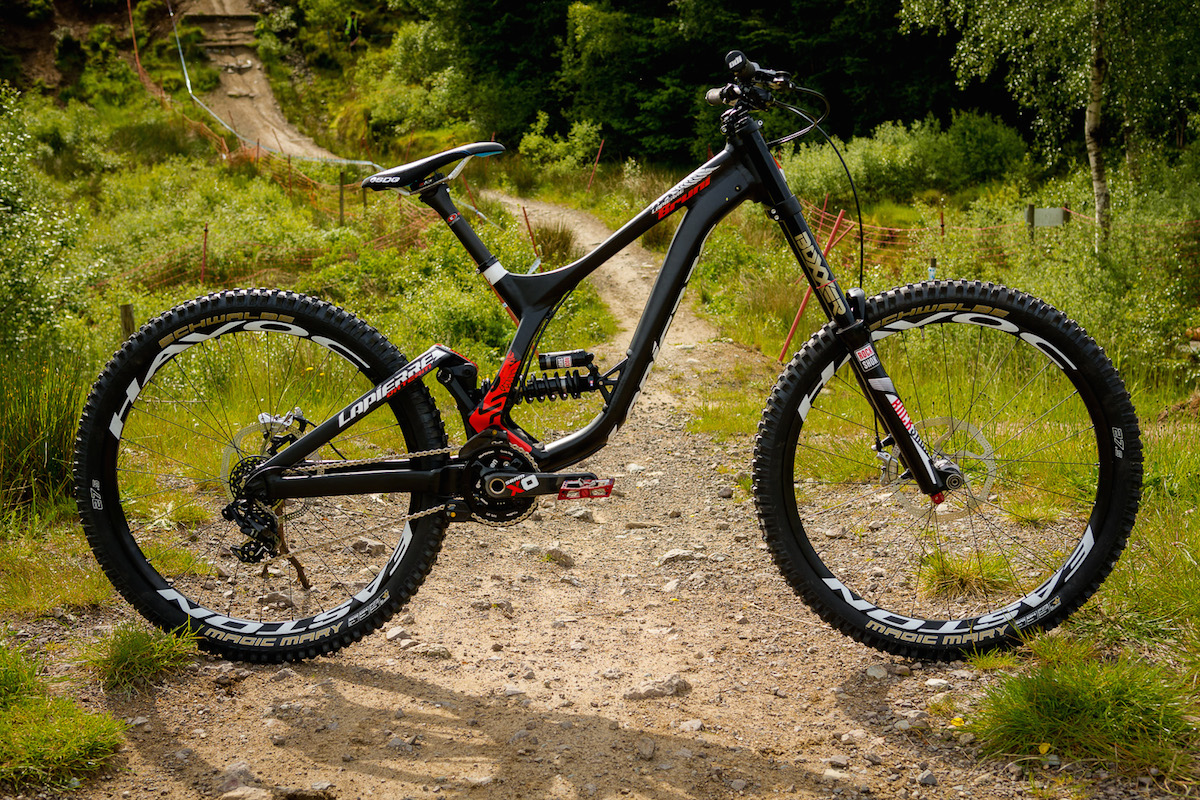 The new design, built solely for 27.5″ wheels, moves well away from the ‘what-the-hell’ Pendbox design of previous years, opting for a single-pivot arrangement, with a linkage driving the shock – Lapierre call the system Supra Link Technology (SLT) and say it is directly inspired by motocross suspension designs. Travel is 210mm, and Lapierre say the kinematics are all about suppleness off the top and an aggressive ramp-up at the end stroke. 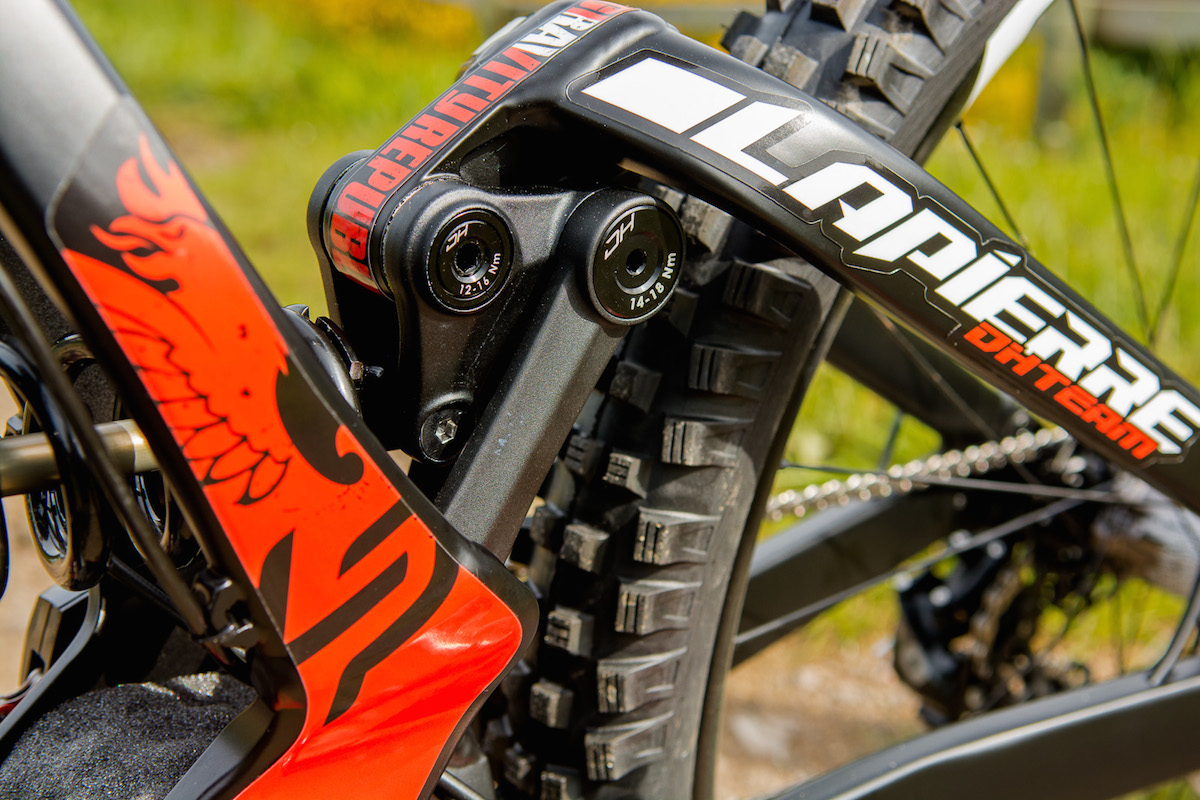 As is characteristic of Lapierre, the attention to detail appears to be excellent, with fork bumps, internal cable routing, rubberised chain slap protection and an integrated mudguard (not fitted in these pics) to protect the shock from crud. 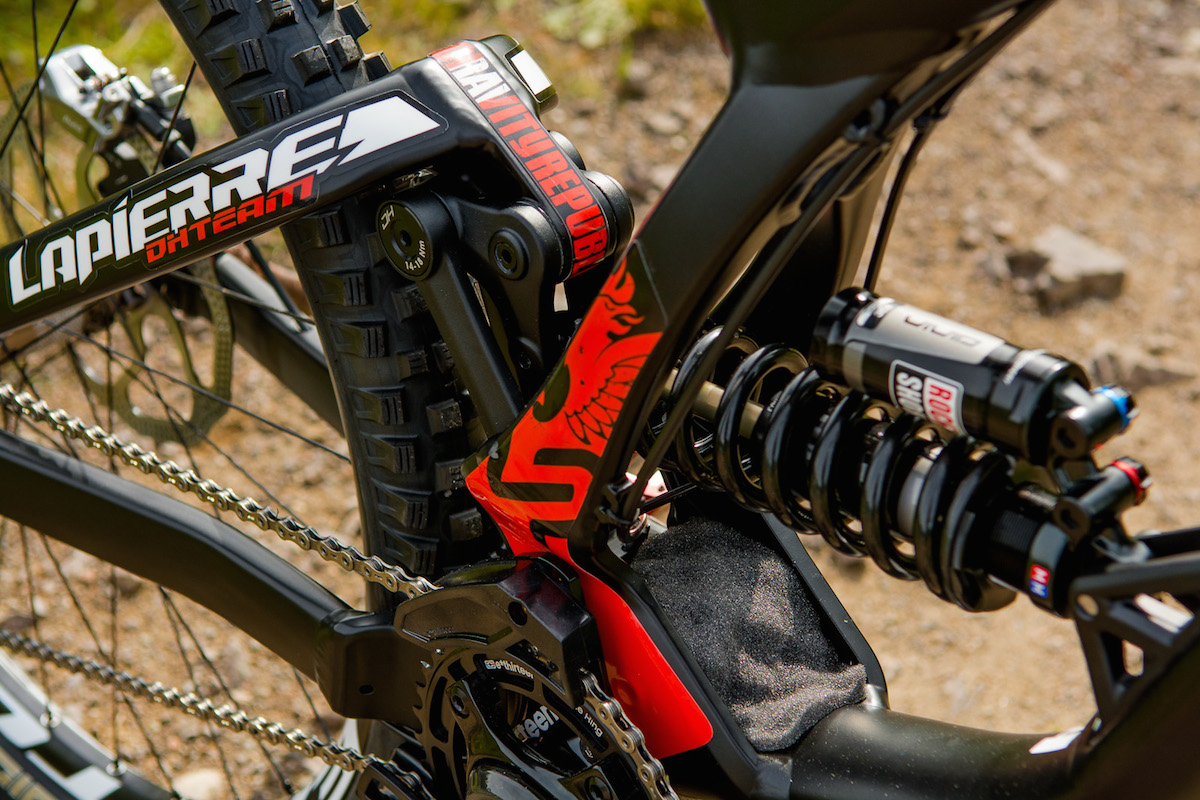 In terms of geometry, the frame has +/- one degree of head angle adjustability from the standard 63.7-degree stock setting. It’s interesting to note that this isn’t as slack as some designs we’ve seen in recent years; theoretically, with the higher axle heights of a 27.5″ wheel, a steeper head angle is possible without compromising confidence. Will this be a trend we see increasingly on bigger-wheeled downhill bikes?

There will be two versions of the new bike available to spend your hard-earned on; the Team version (with a BoXXer WC and the new SRAM X0 DH 7-speed drivetrain) or the 727 (BoXXer Coil / FOX Van shock). Both frames are aluminium at this stage, though we’ll eat our hat if the Gravity Republic aren’t on a carbon version of this bike at the World Champs. 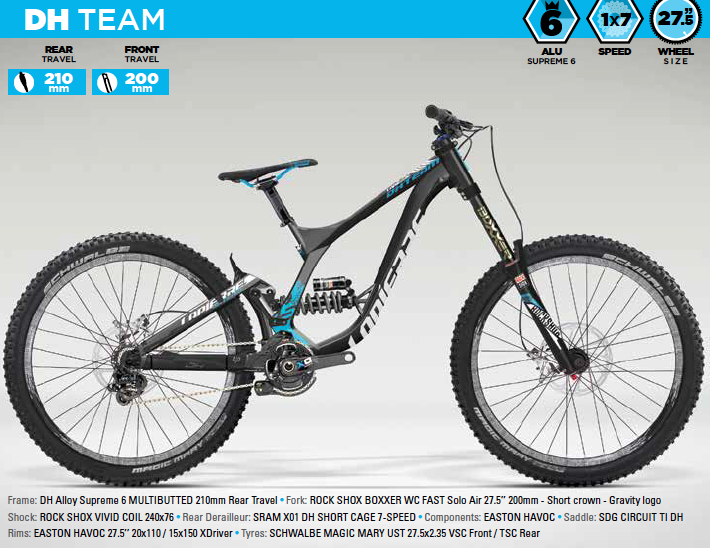 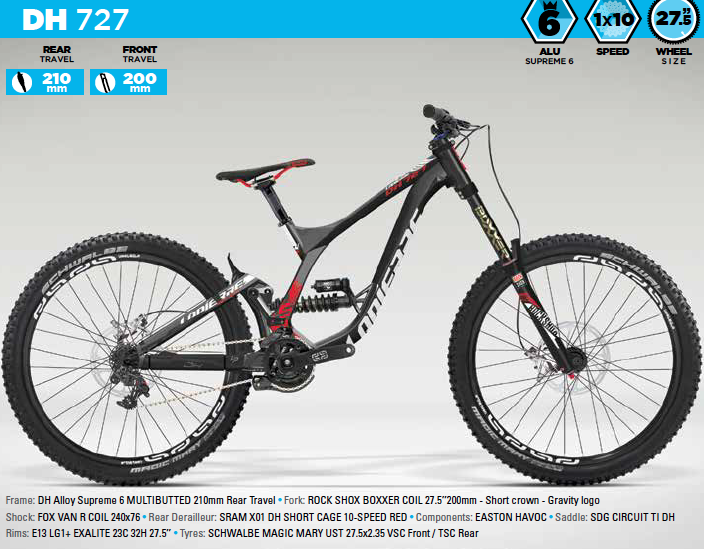 Flow’s heading over to Lapierre HQ in France next month too, so we look forward to bringing you more info about this bike’s development (and a whole raft of other French goodness) very soon!