The 2014 edition of Red Bull Rampage will be remembered as the most competitive in the event’s history. Watch the video above to see the action highlights from finals day, as riders attempted to successfully navigate burly natural terrain, down sheer cliffs and natural mesas that included a 76-foot vertical drop and 72-foot canyon gap. 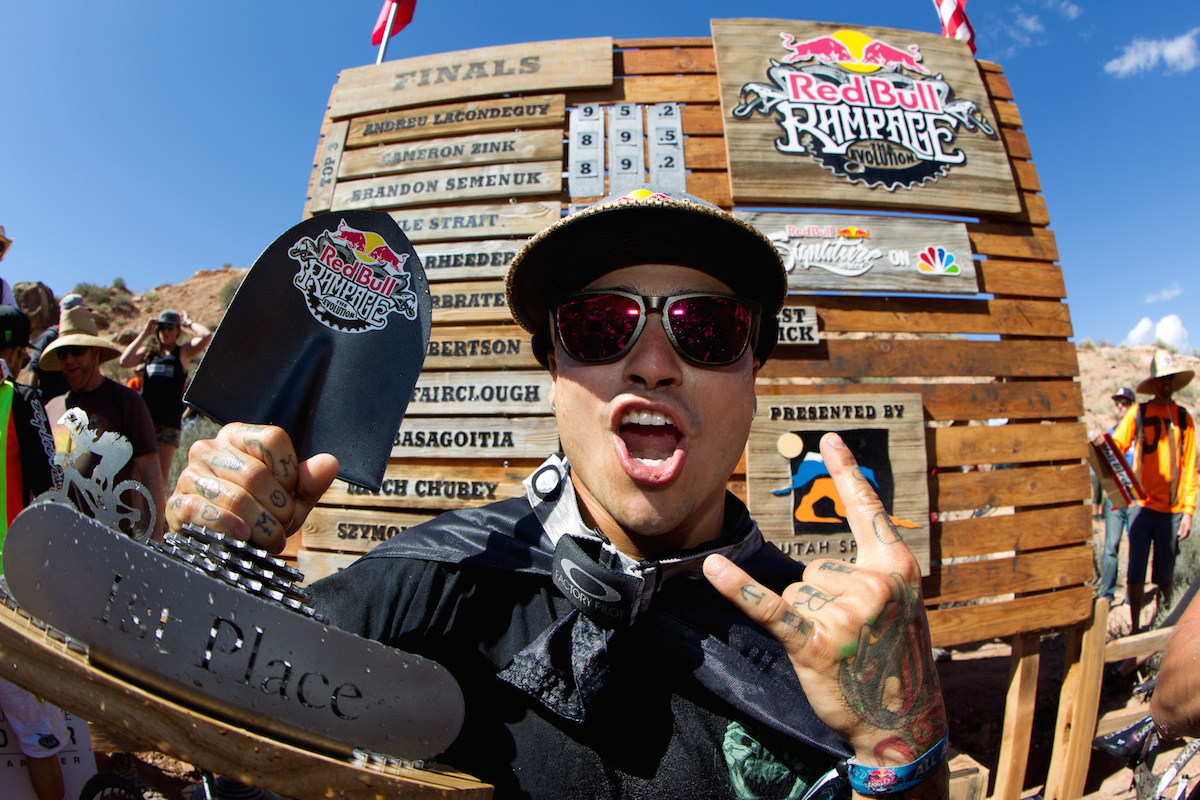 “Everybody killed it as diggers and riders,” said two-time Rampage champ Kyle Strait at the end of Monday’s finals, where he placed fourth. “That’s Rampage number nine for me; let’s keep going.”

Cam Zink’s monster 360 drop scores him the best trick award, no waaaaay why?