Bell are now in their 60th year of producing helmets, that’s a lot of brain saving! Also, Bell are coming back into mountain biking in a big way with a renewed sense of style and providing great helmets to the new-school enduro crowd.

Their Super was released to loads of oohs and aahs due to it’s feature packed function with a trendy, fresh look. It could integrate a GoPro nicely in to the vents, fitted goggles perfectly, and offered more protection than your standard mountain bike lid. The Super is now expanding, the new Super 2R with removable chin guard is coming soon, and new to Bell is the integration of the special scientific MIPS protection system on top end Super and Stoker models.

Starting at $299 (and $329 with MIPS) this new lid will ensure that you’re always carrying the right protection for the trails ahead. In comparison to a regular full face helmet, this one is far lighter and more open for great visibility and breathing.

Detachable chin guard helmets have come and gone over the years, with some unsafe and horrendously ugly designs, but the Bell Super 2R looks to be spot on.

The Super 2R is a variation on the Super with a detachable chin guard, no more need to carry two helmets on a road trip or tied to your bag in an enduro event! Using clever buckle clasps like you would see on Snowboot bindings, the chin guard clips on so quickly and easily, without even the need to take the helmet off.

Bell also have helmets available with MIPS technology, the clever slip-plane system in the helmet that is designed to rotate inside the helmet to reduce the jarring energy of an impact. 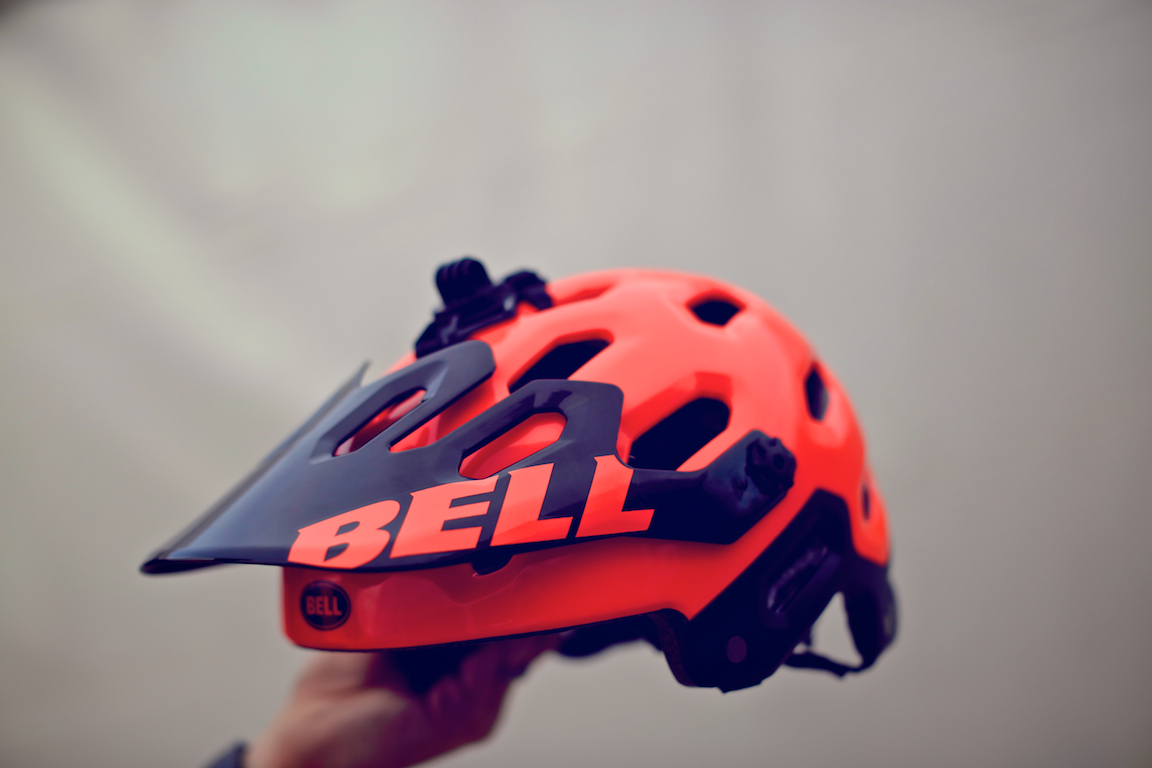