Price is fork only

Requires a proprietary hub.
Still have questions about lower leg vulnerability.
And, yes, few will be able to afford it.

The RS-1 is an exceptionally ambitious undertaking. Over the course of the last two decades, the development of mountain bike suspension has followed the conventional train of thought that upside-down fork construction just wasn’t really the way to go for mountain biking. There have been relatively few attempts at developing inverted forks, and those forks that have been at least marginally successful have overwhelmingly been designed for downhill, where they have the benefit of dual crown construction and fewer weight constraints. Similarly, the use of carbon fibre has been largely limited to fork crowns and steerers, and attempts to use carbon in the lowers of a fork have commonly resulted in excessive stiction.

So the RS-1, with its inverted, largely carbon fibre construction certainly comes to the game with some serious stigmas to overcome! You get the feeling that RockShox have taken this one on as a real showpiece, to show what can actually be done when all the stops are pulled.

This clean slate approach sees a fork like no other. Carbon fibre is used for the bulk of the construction, and an entirely new axle/fork interface has been implemented to deal with the torsional flex that traditionally plagues inverted designs. With such a novel design, we naturally came into this test with a lot of questions; would the fork be stiff enough, would the unprotected stanchions prove to susceptible to damage, could the performance ever hope to justify the price? You can read all about our initial impressions of the fork here: https://flowmountainbike.com/tests/flows-first-bite-rockshox-rs-1/ 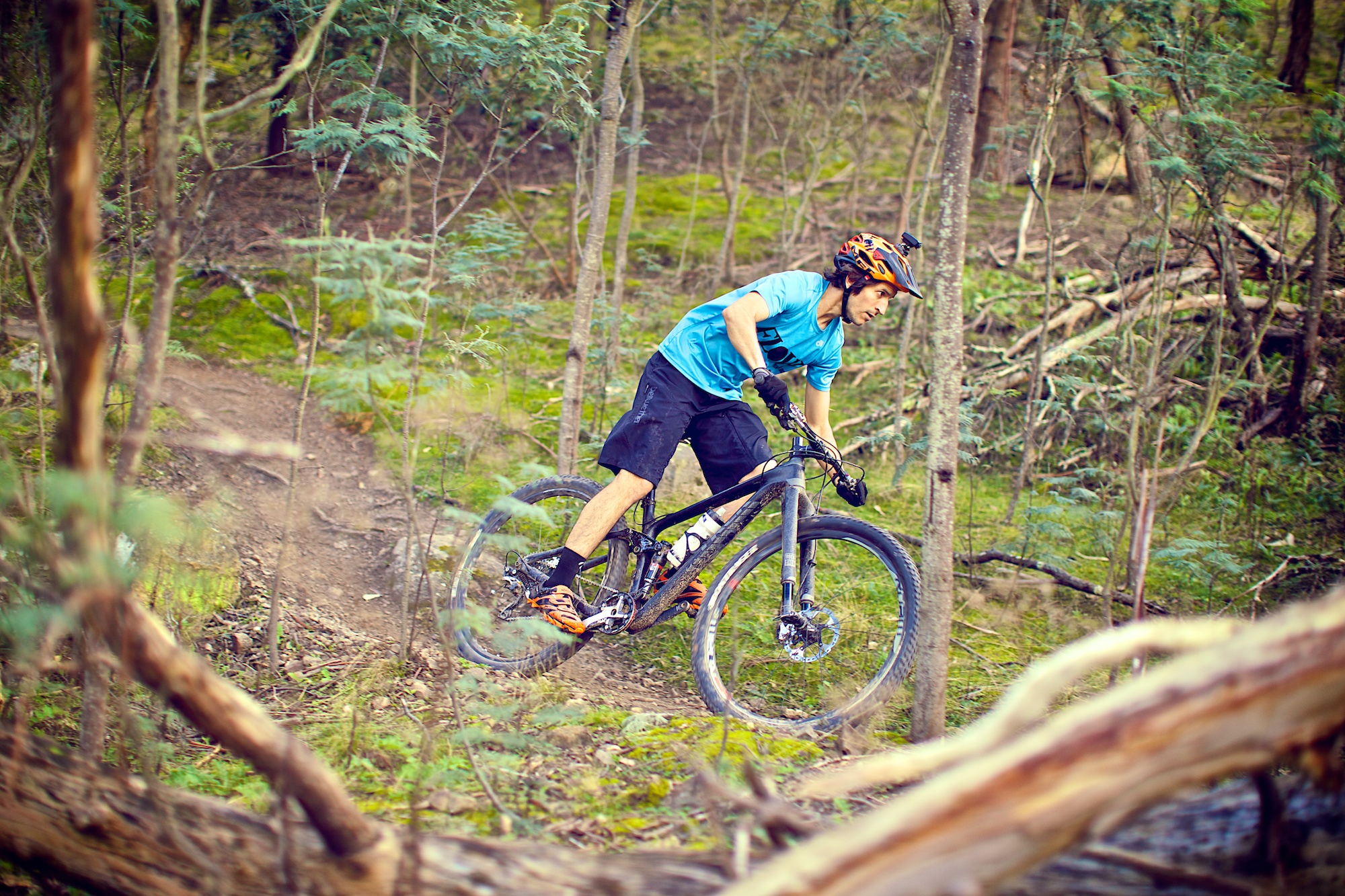 Over the course of testing, our RS-1 has been fitted to the front of a Trek Fuel EX 9.9 29er (the RS-1 is only available in a 29er format for now) so we opted for an RS-1 with 120mm travel to match the bike’s rear end. The fork is available in 100mm and 80mm travel versions as well, and given its billing primarily as a cross country item, we’re sure the 100mm-travel version will be the most popular. Regardless, offering this fork in a 120mm version clearly sends the message that RockShox feel the RS-1 is up to the job of technical trail riding too.

We’re no engineers, but we can imagine the R&D and testing involved in creating this carbon beauty wasn’t exactly carried out over a sandwich or two on a Thursday arvo. Getting this thing right would have been a mammoth undertaking, and that’s reflected in the cost.

Let’s deal with the elephant on the trail first; the price tag. The RS-1 is very expensive, but take a look at it – this is not just another fork. We’re no engineers, but we can imagine the R&D involved in creating this carbon beauty wasn’t exactly carried out over a sandwich or two on a Thursday arvo. Getting this thing right would have been a mammoth undertaking, and that’s reflected in the cost.

With that behind us, onto the testing! Any initial questions we had about how RockShox would tame the matter of flex disappeared as soon as we got a proper look at the Torque Tube hub/axle system. The hub rotates around a massive axle supported by oversized bearings, all secured by a 15mm Maxle. There’s a huge amount of contact between the hub end caps and the fork dropouts too; the hub really isn’t just part of the wheel so much as a vital component of the fork (and therefore the bike’s steering) itself.

The catch (there’s always a catch) is that you’re currently tied to using either a SRAM or DT hub, though other manufacturers may come to the party soon. On the matter of the hub and dropouts, installing the wheel is a bit fiddly when compared to a conventional fork, as the legs can rotate/slide independently – we can imagine changing a front flat in the mania of a race could be frustrating!

The gram counters out there will note that the RS-1 is actually a fraction heavier than RockShox’s lightest SID fork. There’s about 50g in it, but the RS-1 is still lighter than just about all its competitors, so this fork sits happily in the feathery realms demanded by racers. Racer types will also appreciate the handlebar-mounted XLoc remote lever which puts a lockout within easy reach of your thumb. For those less interested in racing, it’d be great to see this fork offered without the remote too for a cleaner cockpit.

RockShox have equipped the RS-1 with a new damper called the Accelerator, which follows the same sealed cartridge design principles utilised in the highly praised Charge damper now found in the Pike and BoXXer. It offers the Rapid Recovery dual stage rebound circuit as found on various other RockShox products, a system designed to get the fork back up its optimum ride height quickly after heavy impacts. Compression is managed by the new DIG valve, which is not externally adjustable. In fact, external adjustments are limited to just rebound and lockout threshold, which will appeal to many.

Over our first few rides, we struggled to find the right air pressure to give us the ride feel that we wanted. Running the fork at the recommended pressure felt too soft for us on the big hits, and we found ourselves blowing through the travel too easily. But adding more pressure to increase the firmness of the spring rate left us with almost zero sag and poor small-bump responsiveness. We found the sweet spot eventually by utilising the simple, effective Bottomless Tokens system which is also found on the Pike and BoXXer forks. These plastic threaded ‘tokens’ can be added to the air chamber to change the air volume and therefore the spring rate. Installation is super simple – just unscrew the top cap from of the air spring assembly air, screw in the token/s and you’re done. Adding two of these tokens (out of a possible three) gave us the perfect spring rate – we could now run the recommended pressure, obtain the correct amount of sag, and not worry about the fork riding too deep in its travel.

NB – We have since been advised by RockShox that the RS-1 in a 120mm version actually comes pre-fitted with two Bottomless Tokens. Our fork was an early release model.

With the spring rate/pressures sorted, we were able to better appreciate the abilities of the Accelerator damper too, which does a fantastic job of unobtrusively dissipating hard landings, allowing you to hit full travel without any harsh spiking.

One of the theoretical advantages of an inverted fork is that gravity helps keep the seals bathed in lubricating fluid which should yield less friction, and all the chat/reviews out there about the RS-1 seemed to support this notion. On our test fork, it took a fair bit of riding to achieve the levels of smoothness we were expecting – unlike the RockShox Pike which is slipperier than a greased dolphin from the very first ride, the RS-1 took about five or six hours of riding to truly free up. Now, with a few weeks on board the fork, it’s a different story, and the RS-1 has a responsiveness that will rival the smoothest forks out there. Is it more responsive than a well-maintained conventional fork (for example, a FOX Kashima Float 120)? It’s hard to say objectively, but we’d definitely rate it as on par with the most supple cross-country forks we’ve ridden.

There was no twanging or fore/aft wobbling going on, which we can only attribute to the extreme rigidity of the carbon steerer/crown.

So, is the RS-1 stiff enough for hard trail riding? The short answer is yes; the Torque Tube axle design and massive carbon uppers ensure the RS-1 does not flex excessively. Of course there is some torsional flex, but we feel it’s in line with what you’d expect from a fork this light and designed for this style of riding, and we never found ourselves battling to keep the fork on line or fighting the bars when the going got rough. In all, we’d rate the torsional stiffness as being equivalent to a RockShox SID with a 15mm axle. Where the RS-1 felt superior to other lightweight 32mm-legged forks was when landing hard or slapping the front wheel down off a drop – there was no twanging or fore/aft wobbling going on, which we can only attribute to the extreme rigidity of the carbon steerer/crown.

Our fears that the sliders would be easily damaged have not yet been realised. Admittedly, we’ve only had five or six weeks of riding on the RS-1 so far, but that has included a lot of rocky trails as well as two trips in a bike bag facing the mistreatment of budget airline baggage handlers, and we’ve not had an issue with the exposed lower legs. On the trail, we haven’t given a second thought to the sliders’ proximity to passing rocks, but overall we’d probably feel more comfortable if the fork did incorporate some kind of lightweight leg guards.

As an exercise in pushing the design envelope, it’s hard to think of a product in recent years that can out-do the the RS-1.

All up then, is the RS-1 a success? 100% yes. As an exercise in pushing the design envelope, it’s hard to think of a product in recent years that can out-do the the RS-1. It has achieved that previously elusive goal of creating a truly high-performance, lightweight, inverted single-crown fork, and RockShox deserve a lot of praise for managing this. 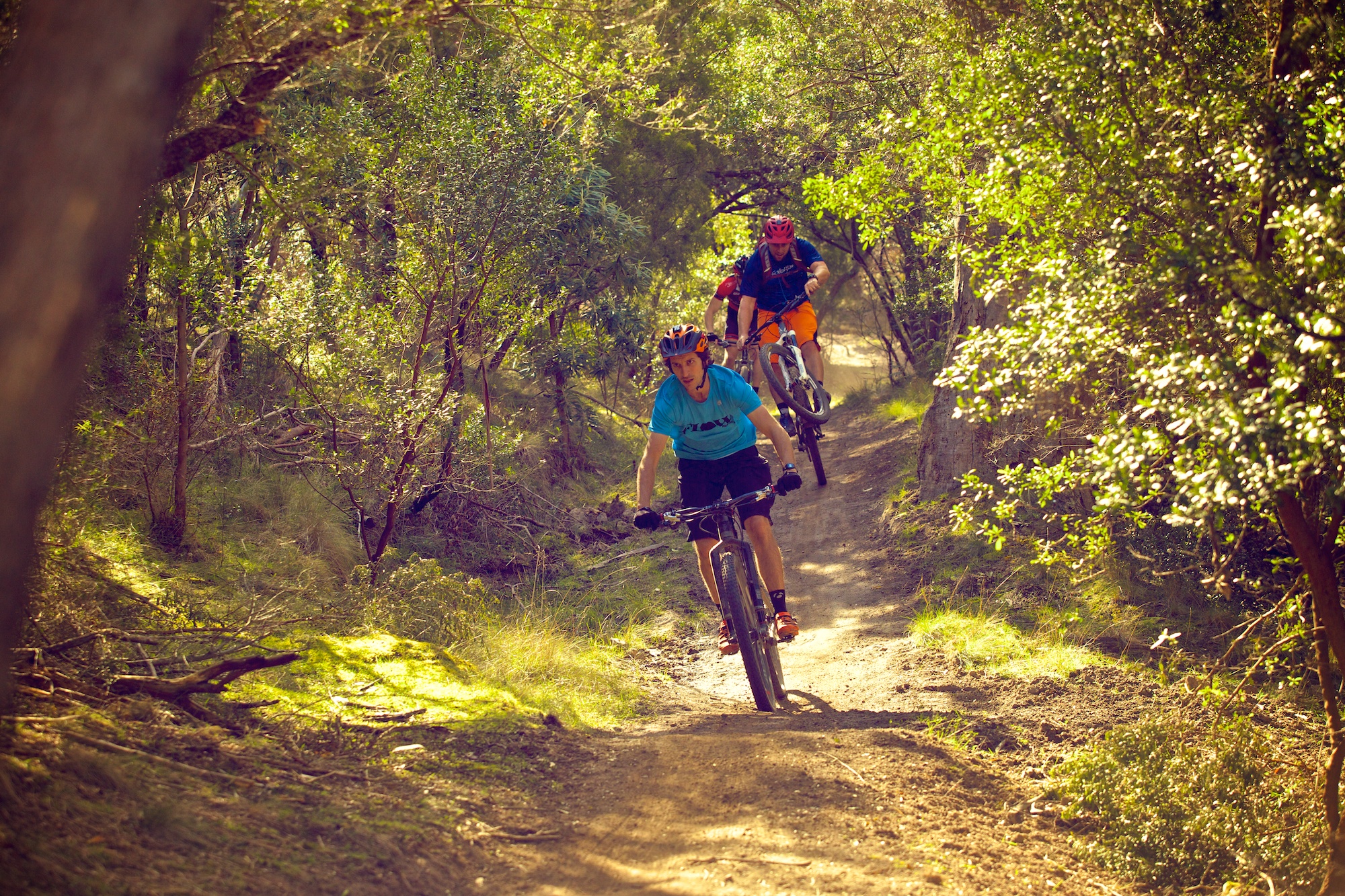 But is the RS-1 sufficiently superior to existing offerings to win over consumers and justify the price? That’s where things are less clear-cut, but we actually don’t think that’s the point. Why? The RS-1 is the kind of item that is only going to be bought by a very special kind of rider, the kind for whom having cutting-edge equipment is a priority. What makes the RS-1 so cool is that it delivers a product that succeeds where others have previously failed, offering a high-performance alternative to a conventional fork, without any of the usual compromises. Would we buy one? If we had the cash, yes, we would. But that’ll take a lot of saving!