Bum bags are cool again, it's #EnduroOfficial. And our favourite bum bag so far is the minimalist Rapid Pack from Bontrager. We've found it to be the perfect buddy for rides of an hour or two.

Ideal for short rides.
Lightweight, doesn't bounce around.
Just enough storage for a couple of hours.

Why would I use it?

If your frame doesn’t take a water bottle, or has room for just one bottle and you want more water storage, then your options have traditionally been limited to wearing a backpack of some description, which has the downside of being rather heavy and hot, or stuffing a bottle in a pair of SWAT bibs or similar, which looks awful and feels worse.

However, with the re-emergence of the bum bag as a piece of acceptable cycling kit (ok, debatable), you’ve now got a third option, letting you store water a few spares but without the bulk of a full blown pack. 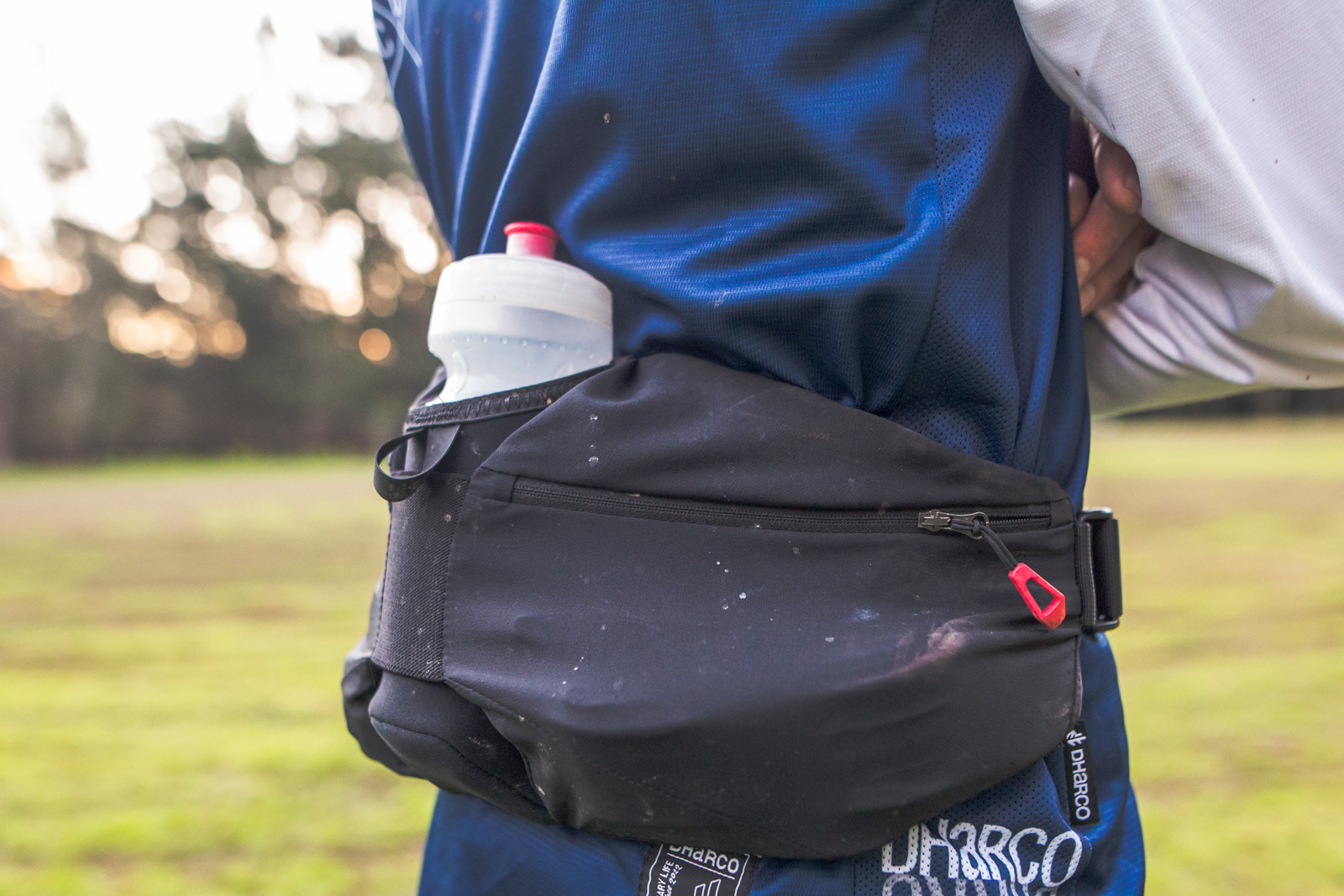 Because it’s just big enough to hold the essentials, but small enough to forget you’ve got it on. Unlike other bum bags we’ve used (such as the Camelbak Palos), the Bontrager Rapid Pack doesn’t have a bladder. It’s simply designed to carry a single water bottle, which slips into a nice elasticised little pouch. Realistically, that’s enough water for a blast around the local trails.

Because it’s lightweight, it doesn’t bounce or move around on rough trails either, which have found to be an issue with the Palos when it’s got a full load of water on board. In fact, you barely notice you’re wearing it – it’s not particularly warm, breathing well, and as the weight is on your hips, it doesn’t have a perceptible impact on how you feel on the bike. The pack’s light foam backing is super malleable too, so it hugs close to your hips, helping it really stay in place.

Like other bum bags, it’s also super easy to spin around to your front when you need to get into the pockets to have a feed or grab your phone to tweet about it.

What will it hold?

In addition to your bottle, there are two zippered stretchy pockets, with enough room for a tube, a CO2, multitool, phone, a bar or two. There’s even a neat little hook for your sweet Toyota Townace key. Obviously there’s not enough storage to embark on a mega mission (there aren’t any external straps for securing a jacket for instance), but if you’re out for a short ride then it’s ideal.

So you’d recommend it?

110%. When a bike doesn’t have room for a water bottle, it can be a real bugger – we really like being able to ride without a full blown pack on shorter rides. But with the Rapid Pack, we feel like we’ve got the perfect solution. It holds just the right amount of water and gear for those quick arvo loops.

We’ve been using the Rapid Pack for a few months now and it’s unscathed. We haven’t had it come loose or move on us once, and it hasn’t launched a bottle either. Our only gripe is the price, which at $99 seems a little steep all things considered, but that’s your choice to make. We like it a lot.