Stashing the hose back into its clip on rough trails is a bit tricky.

Carrying a bit of extra weight on your hips isn’t such a bad thing in mountain biking. The new Camelbak Repack is a new-school bum bag, and it’s awesome. Why we all were such haters of this style of pack in the past? 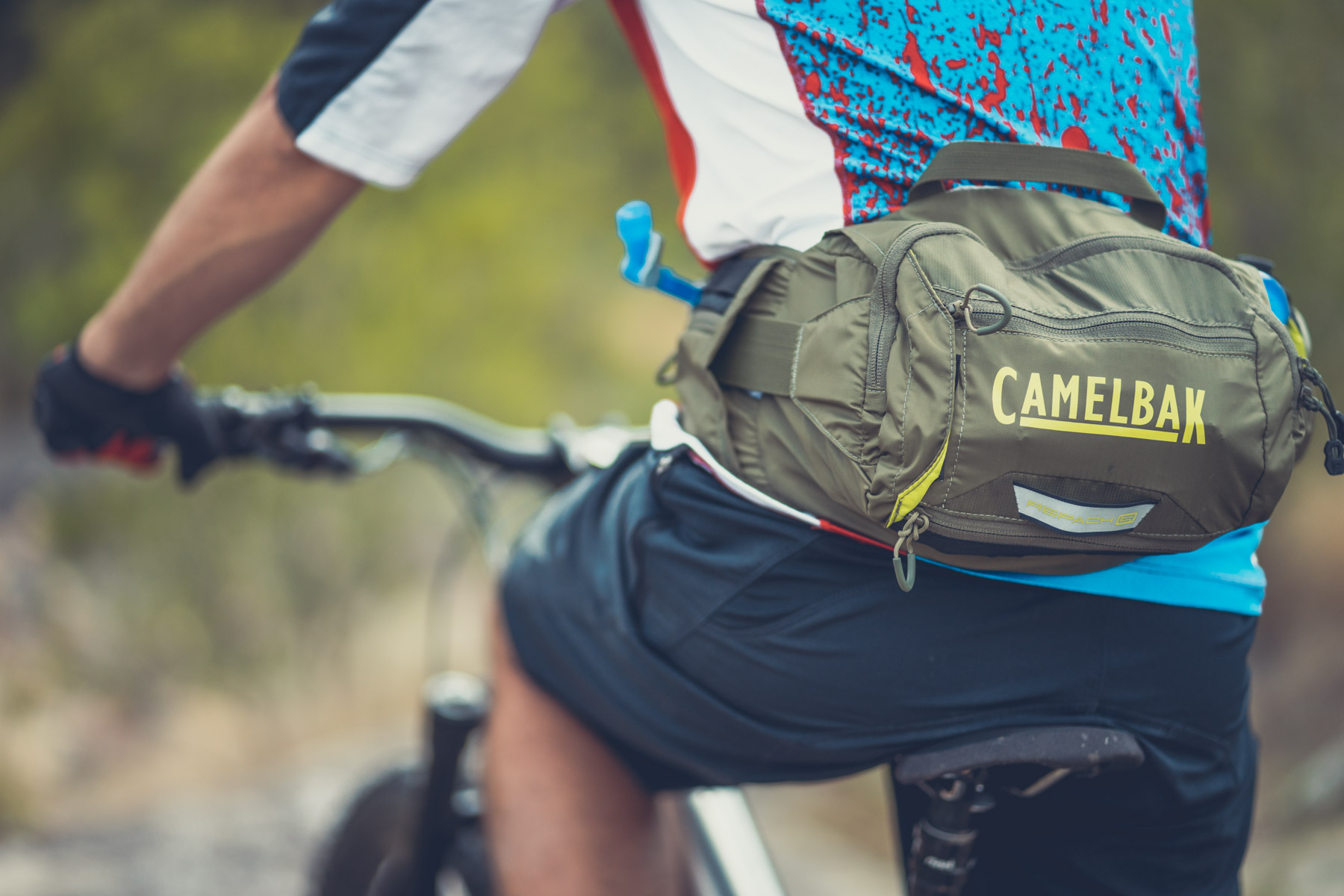 Why bum bags, not just a regular pack?

Enduro-style riding, where you need to carry spares and water aplenty, but really want to retain good manoeuvrability has seen the resurgence of bum bags in mountain biking once again. They put the weight on your hips, for a low centre of gravity, and the pack is less likely to snag on trees, plus your back doesn’t get nearly so sweaty. You also don’t need to remove the pack to access your spares, you can just swing it around to your front. More convenient than online shopping.

What we’ve found, in our limited experience, is that getting the bum bag secure so it doesn’t bounce and shift when things get rough can be difficult, especially if you’ve got a lot in the pack.  The Repack is an evolution of the Palos (which we took a look at here), and while the Palos stored a lot of gear we did find it tended to migrate if things got a bit wild, like it was trying to sit on our hip for a cuddle. We’ve also used the Bontrager Rapid Pack extensively, which is a super minimalist bag, and while it’s very secure when riding it only has limited storage capacity.

How have you used it?

We’ve run the Repack at both ends of the spectrum of riding. It’s been taken out on some properly rough, technical rides (like when we were testing the Cannondale Jekyll, here), and we’ve also used it for some all-day gravel riding adventures too. During the latter, we absolutely crammed the Repack to its gills with food, spares and water, and it was brilliant.

This thing is a solid improvement over the Palos. The bladder hold 1.5 litres and we have no hesitation filling that sucker right up – even fully loaded with water it’s stable when you’re riding. Like other Camelbaks, the bladder has a handle that makes it easy to fill, though stuffing the fully-filled bladder back into the Repack is a bit like wrestling an blue jelly fish.

There is a surprising amount of storage too; the hip pockets can be stuffed with M&Ms for fast access, and the main compartment is big enough for a tube, mini pump and multitool, maybe even a super lightweight jacket. Then you’ve also got a cool front compartment that zips right open, which makes it easier to use than traditional pockets; you can see what’s in there and you’re not having to rifle through from the top down with gloved hands. It’s good for all your spares, your keys, phone and the like.

When you compare the Repack to the Palos, the way the waist strap works is simpler and makes it much easier to adjust the strap tension on-the-fly (the Palos has a secondary set of straps to compress the bladder… it can be a bit fiddly), and it holds tight too. We didn’t notice the straps slipping or loosening, and you can crank it down tight enough to impede digestion if you like for seriously rough trails. 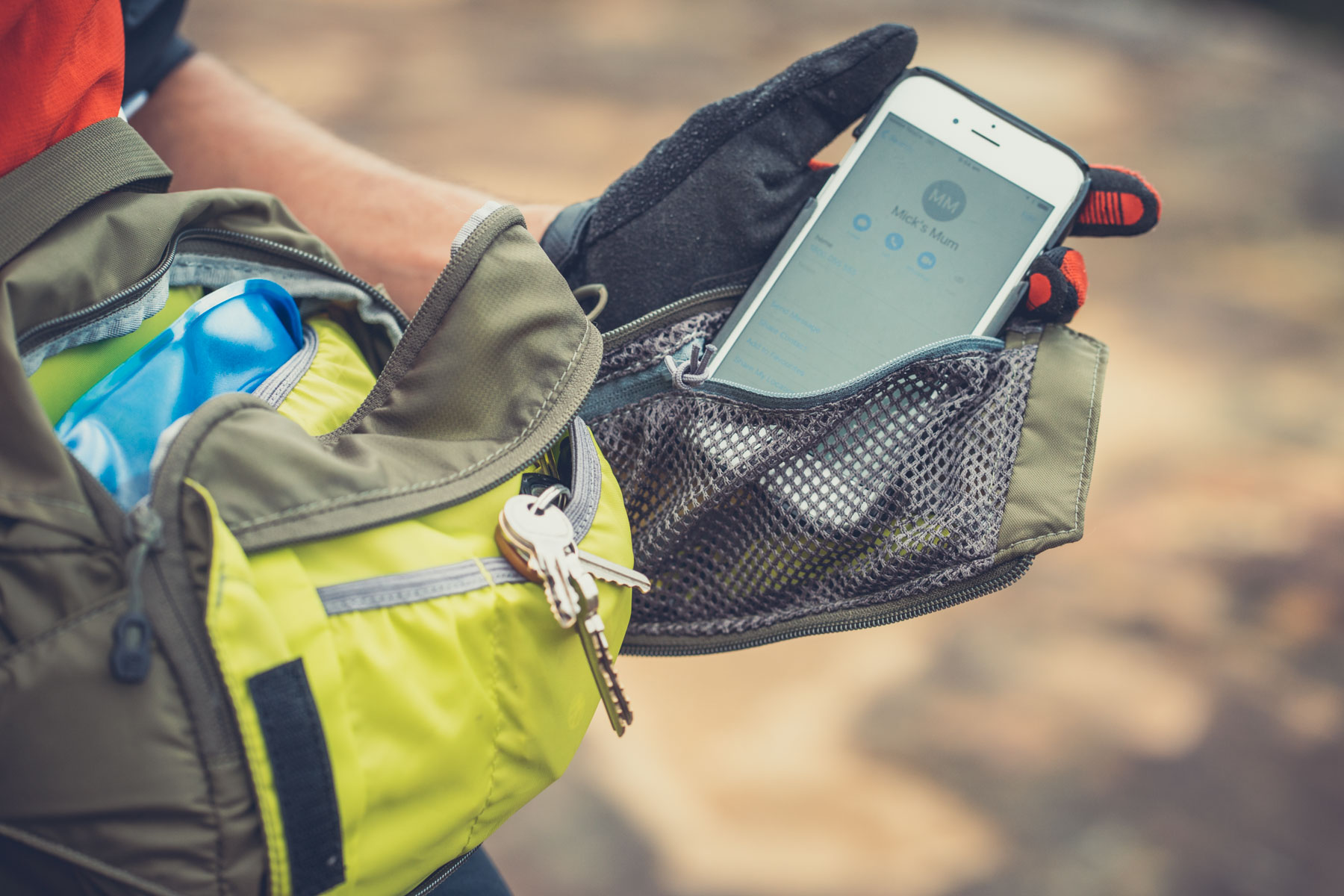 Unlike a backpack, where you can just let the bladder hose hang loose, you need to clip the hose back into place once you’re done drinking, or it’ll dangle in your spokes. The pack scores a magnetic clip that helps kind of ‘guide’ you when re-docking the hose, but it still requires a little bit of concentration to stash it, so you’ll tend to do most of your drinking on smoother climbs when you’ve got more time.

Better than a backpack?

That depends on how much you need to carry. If 1.5 litres of water, a few snacks and the basic spares are all you need, then yes we think the Repack is probably a better solution. If you need more stuff, run a backpack. Having less weight on your upper body, not having a sternum strap across your chest (which can impede breathing), and getting less sweaty are all good reasons to give the Repack a go. If people can get over the stigma that they’re only for kids, tourists or rollerbladers, we think the trails will be full of bum bags soon. 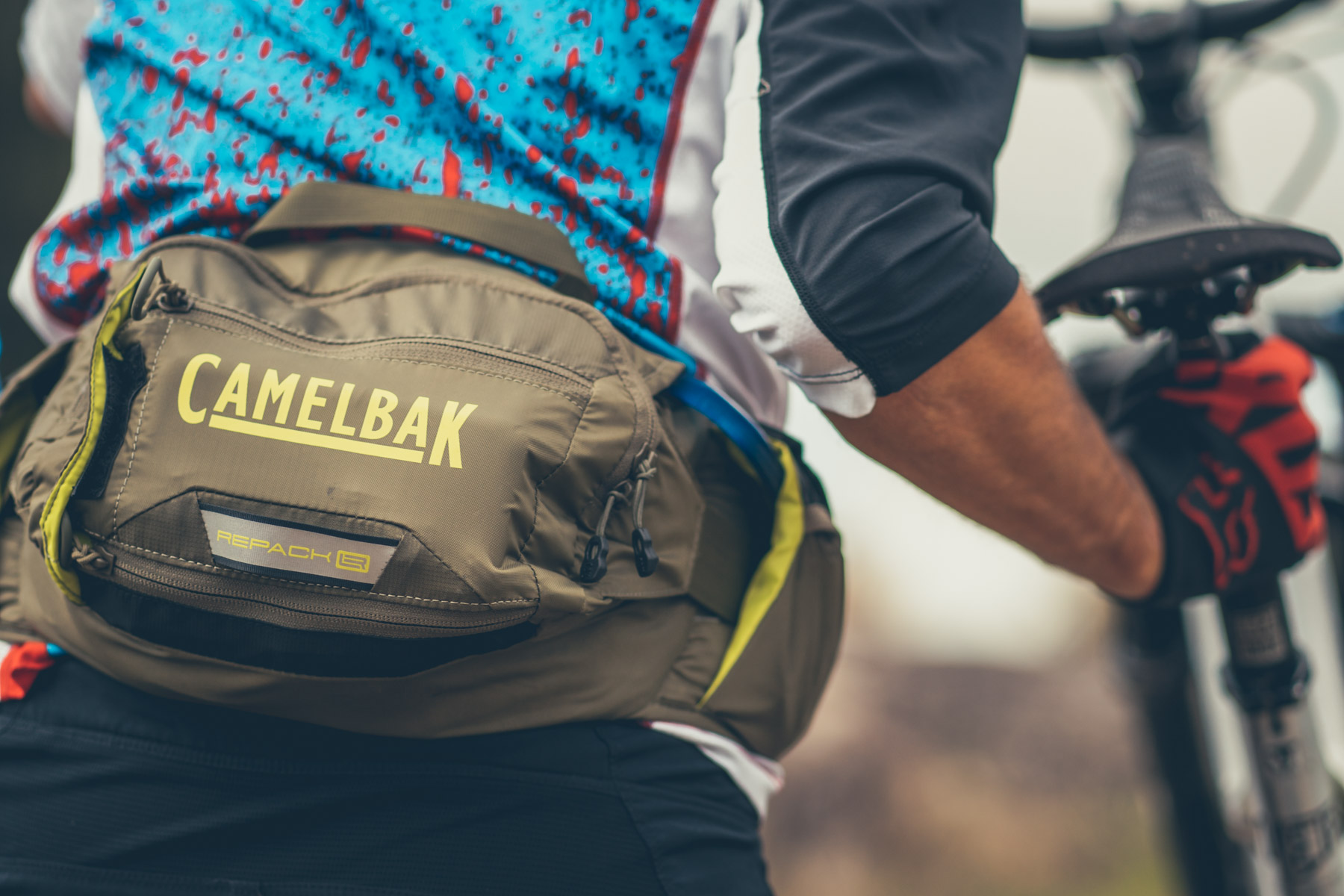