With the release of the Optic series (see our full coverage here) Norco not only filled a vital slot in their otherwise complete line-up, but also chucked out the notion that a 29er trail bike needs to have compromised geometry or somehow be approached with a different riding style to a 650b counterpart. You can read all the details in our interview with Norco designer Owen Pemberton.

Excellent geometry.
Has that 'just-right' confident feel.
Available in 650b as well.

Rims aren't taped for tubeless use. 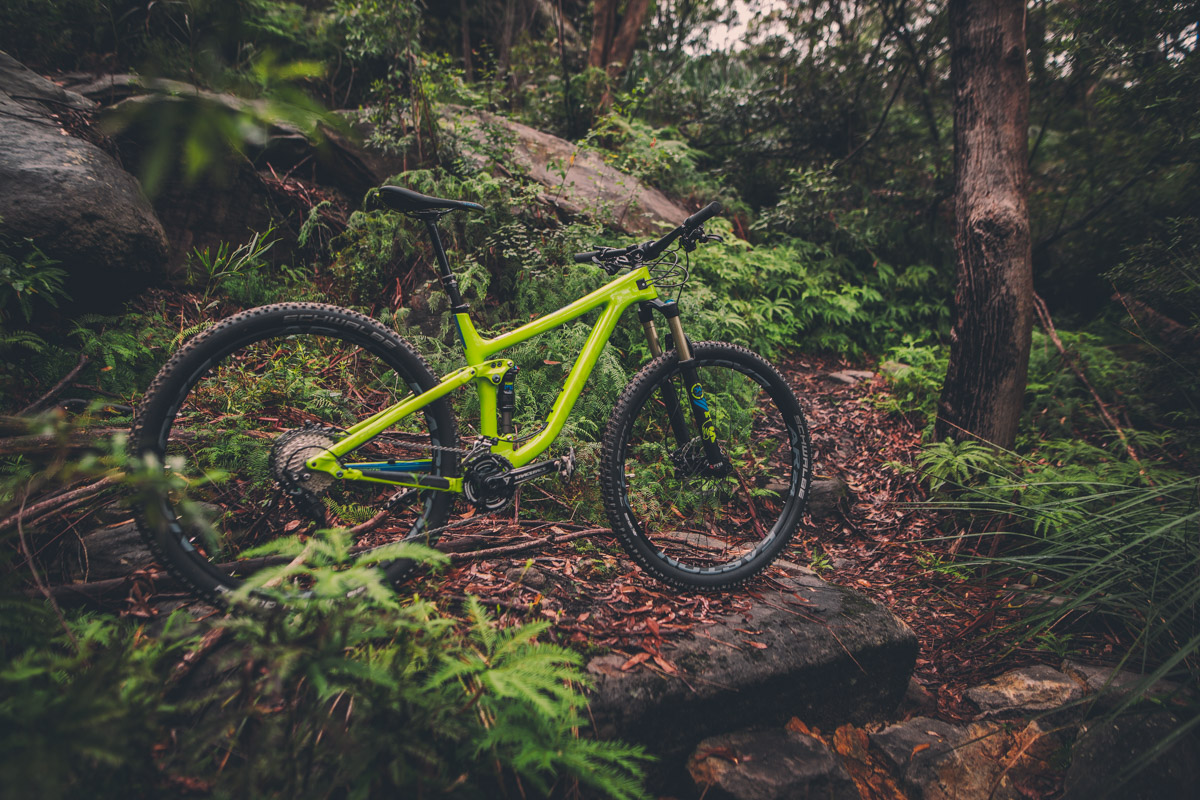 When Norco first let slip a few details about the Optic, we didn’t actually even know that they’d be offering the bike in both a 29er and 650b format, so when a 650b test bike arrived we were happy to get into it. However, once we learnt a bit more about the 29er version of this bike, we decided quickly that it was the more intriguing model and we made moves to get a 29er out from Canada quick smart! The bike that Norco sent our way is the Optic C9.2, and we’ve been getting a few early miles in on board this subtly clever (if not subtly coloured) machine.

When you first clap eyes on the Optic C9.2 it’s easy spot the muscular stance of the FOX 34 fork with Boost spacing, or the 50mm stem and 760mm handlebar, and make the assumption that it’s an all-mountain machine. But you’d be wrong – the Optic’s place in the market is true trail bike, or even an aggressively positioned cross-country bike. Travel is a short 110mm out back and 120mm up front. That said, by virtue of its geometry, suspension rate, dropper post and aggressive cockpit, it is still capable of being thrown into situations that would make most bikes (particularly most 29ers) of this travel crap a shade of green to match the Optic’s paint job.

The C9.2 is carbon up front, with styling that is consistent with Norco’s approach in the Sight and Range models too. The rear end is alloy, and with Boost rear hub spacing Norco have managed to keep the rear-centre measurement to 430mm on our size medium. In a size small, the 29er’s stays are just 425mm, which is remarkably short. Keeping the rear end lengths identical to what you’ll find on the 650b version of the Optic is one of the key elements in making the 29er handle just as well as the smaller wheeled bike.

Norco are keen to point out that even though the stays are so short, they’ve managed to retain front derailleur compatibility. Our test bike is running a double-ring drivetrain, but the Optic C9.2 will apparently ship with a RaceFace narrow/wide chain ring in the box too, in case you’d prefer to run a single ring. Full praise to Norco for giving riders both options from stock!

Setting up the Optic for our first ride presented some tubeless dramas. The rim tape on the Alex rims looks like it’s ok for tubeless use but we soon found otherwise as sealant sprayed over our whole workshop and onto the jeans we’d promised our wife we wouldn’t wear while working on bikes. It’s annoying that a bike at this price doesn’t come out of the box ready to go tubeless, because no one likes tubes expect people who sell patch kits.

We’ll save all the ride details for later, but we’re happy to tell you the Optic just feels perfect as soon as you swing a leg over it. Looking down over that tiny 50mm stem and chunky 35mm-diameter bar, you instantly know that it’s going to be incredibly playful and precise. The suspension is similarly reassuring, a few bounces instantly conveys a feeling of both suppleness and support/progression for when it gets a little crazy out there.

We think we’re going to really get along with this bike very well. There’s something about the blending of short travel, confidence inspiring frame numbers and quality suspension which just makes us smile, and this bike seems to have that mix pretty much nailed. Hold tight for a full review in the coming weeks.